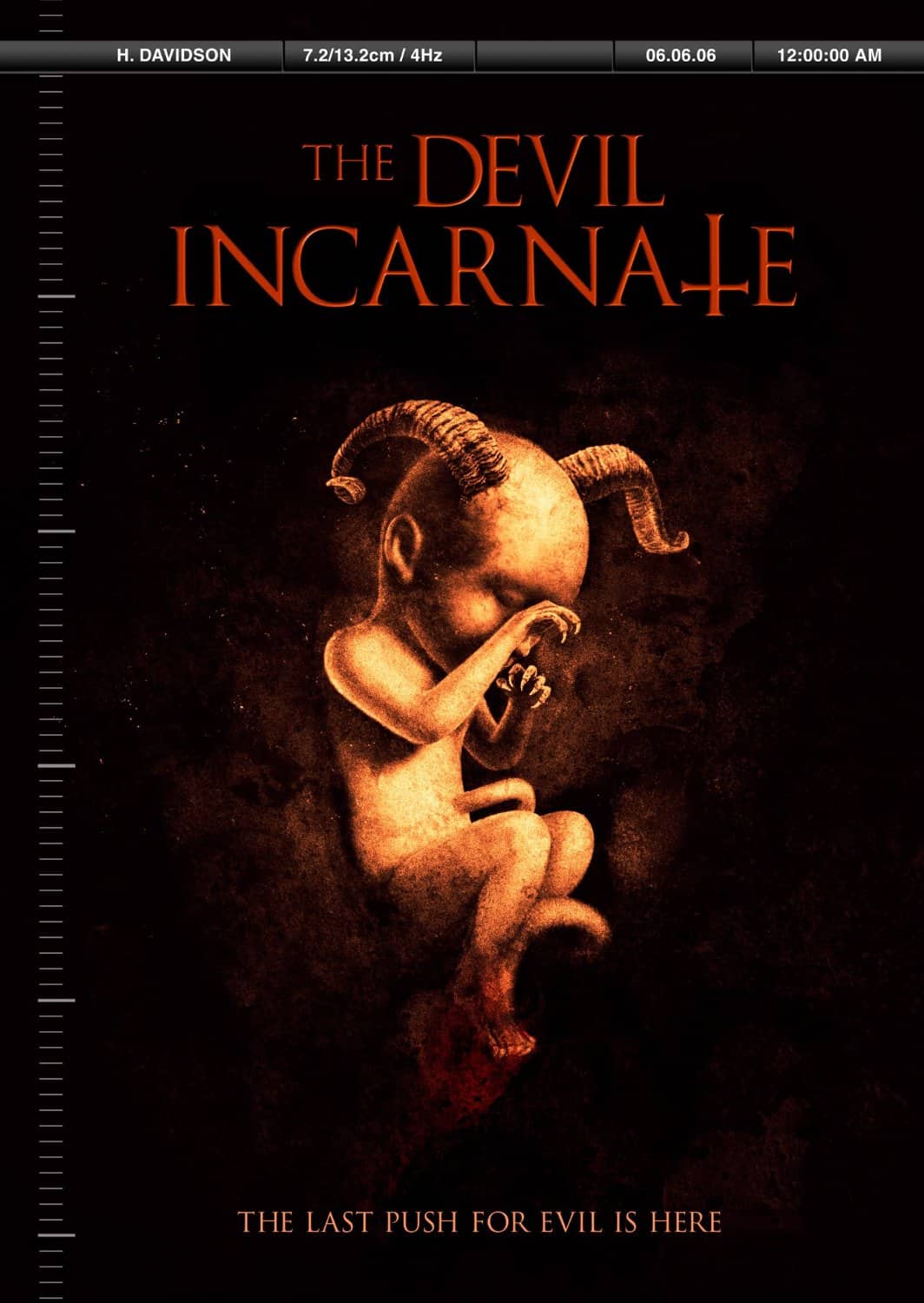 The Devil Incarnate is an uninspired, tepid and profoundly generic possession film that blends traditional storytelling with, wait for it, found footage. All the tropes are here and, unfortunately, not even some creepy imagery can save this film from being a forgettable paint-by-numbers fright flick.

The film focuses on newlyweds Trevor (Rod Luzzi) and Holly (Graci Carli), who discover they’re going to have a baby shortly after they break into an old woman’s house during their honeymoon. At first, the pregnancy appears to be welcome news, but things quickly take a turn and terror ensues.

The Devil Incarnate blends the worst of both the possession and found-footage horror film genres by randomly jumping perspectives throughout the movie. When the scan lines show up and the video sporadically glitches, we know it’s the found-footage version. Why there are scan lines with a digital camera and why it glitches out like so many other found-footage movies, I don’t know. What I do know is that it is a completely unnecessary mechanic that adds nothing to the film. At one point Trevor asks his sister to shoot the baby shower because she would be better at it. Up until this moment he had been filming every mundane detail of his life, and that line seems to only exist to switch perspectives from Trevor to his sister, Marissa, played by Emily Rogers. The preamble to the film also features an interrogation scene with the sister, which appears to be used as a framing device for the movie, but we don’t return to her until after the credits. This again seemingly adds nothing to the narrative and still doesn’t make much sense at the film’s end.

While the performances were passable, the characters themselves were bland and typical. The husband, Trevor, is a dickhead; the wife, Holly, is supremely annoying; and Marissa plays the quintessential troubled Goth chick no one believes. Trevor’s parents are in the film as well, until they inexplicably leave.

The scares in The Devil Incarnate are, again, uninspired and nothing we haven’t seen many times over. It’s a slow burn, with very little happening till the last act, which isn’t a problem if the story is interesting enough to carry the viewer through. This, however, is not the case. It’s a slog to get through because nothing about this plot feels different or unique in any way. This, coupled with a bunch of unlikable, douche-y characters, and you have a final product that’s a chore to sit through.

The Devil Incarnate combines all the elements of found footage and possession movies that have been thoroughly played out over the last few years, and the DVD release of this film contains no special features. Unfortunately this is one that I cannot recommend purchasing.