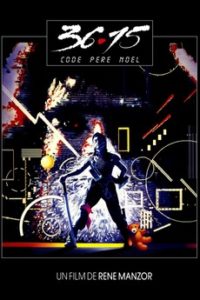 If you’re sitting on the couch this Christmas, cuddled up with family around the TV, watching Home Alone and thinking “this isn’t nearly traumatizing enough for my kids,” then do I have a title for you. Dial Code Santa Claus, AKA Game Over, AKA 36.15 code Père Noël, is like the edgier big brother of Home Alone, pre-dating it by a year but presenting a much darker version of the kid-versus-home-invader Christmas movie we all love.

Directed by René Manzor, the film stars Alain Lalanne as Thomas, a boy-genius rich kid living in an enormous mansion with his mother, the owner of a large toy store chain, and his visually impaired, diabetic grandfather. Thomas has full rein over the mansion, creating various spy gadgets, traps and hidden passages to aid in his elaborate games of war played with his beloved dog, J.R.

His mother has to work late Christmas Eve, so Thomas decides to prove his friend wrong about the existence of Santa and sets up a series of security cameras with motion sensors throughout the mansion and lies in wait for the jolly fat man to descend down his chimney. Unfortunately for Thomas, it’s not exactly Father Christmas but instead a deranged psycho dressed up as Santa who enters his home. After witnessing the man kill his dog, in the first of many family-unfriendly sequences, Thomas uses his boundless resourcefulness to devise a series of traps to stop this man from killing him and his grandfather. 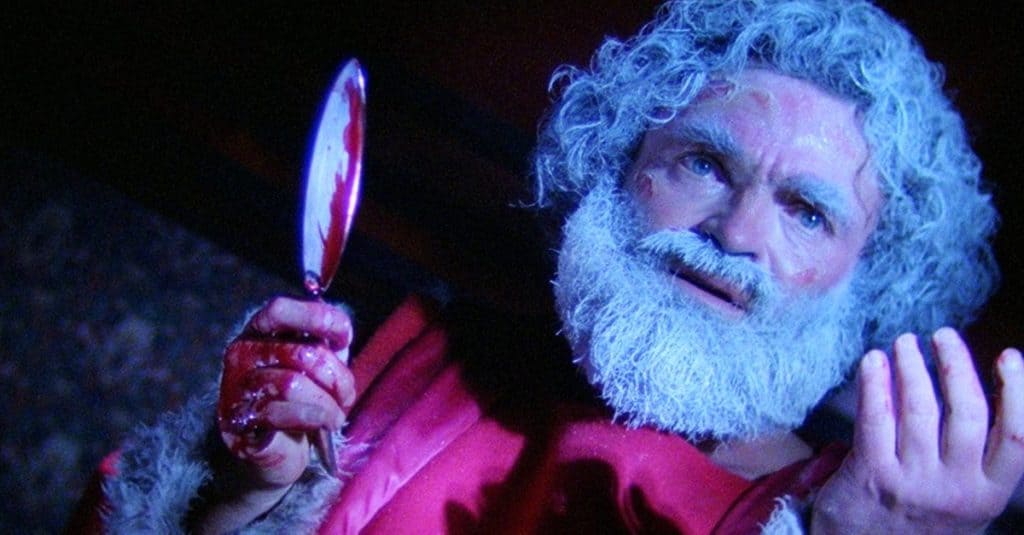 The motivations of the killer are never explicitly defined, adding to the altogether creepy nature of the man, played with precise terror by Patrick Floersheim. He mercilessly kills the caretakers of the home but frequently allows Thomas to live, wanting nothing more than to play games with him. An earlier scene featuring the man getting a bit too close to a young girl implies that he may have darker motivations with the child, but it’s never made completely clear nor are the man’s origins, adding to the disturbing aura of the character.

Taking place in a sprawling castle of a home lends itself to some truly great cat-and-mouse moments, with Thomas ducking through hidden passages and entire rooms that look like some sort of stuffed-animal dungeon. One sequence involves Thomas entering a hidden passage that leads him to a full-on art gallery that doubles as a maze, a ridiculous moment in an already ridiculous film.

While the pacing usually moves at a steady clip, several scenes linger for far too long, relying heavily on slow motion for no apparent reason other than to seemingly pad the run time. I could have done with some more traps and fewer moments of the mullet-sporting Thomas hobbling around the vast corridors of the mansion in slow motion. 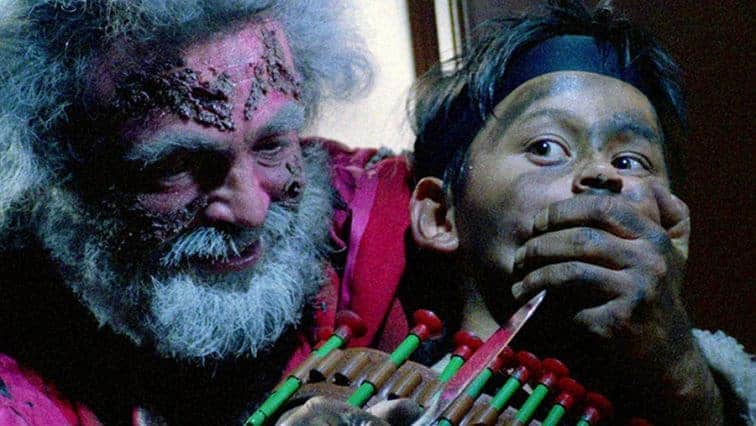 That isn’t to say there’s a dearth of traps, though, as there are multiple gearing-up scenes and a slew of great Santa-stopping household items used as weapons, but unfortunately Manzor frequently ends scenes too early to witness the full effects of the injury-inducing traps that befall the killer.

It’s easy to see why Dial Code Santa Claus went largely unnoticed during its release and why it’s destined to become a cult classic now. It’s tonally awkward, containing many of the beats of a movie designed for kids, but from the close-up shot of the dog being stabbed in the throat with a cake server, it’s apparent this isn’t an appropriate film to bust out for your family gatherings. 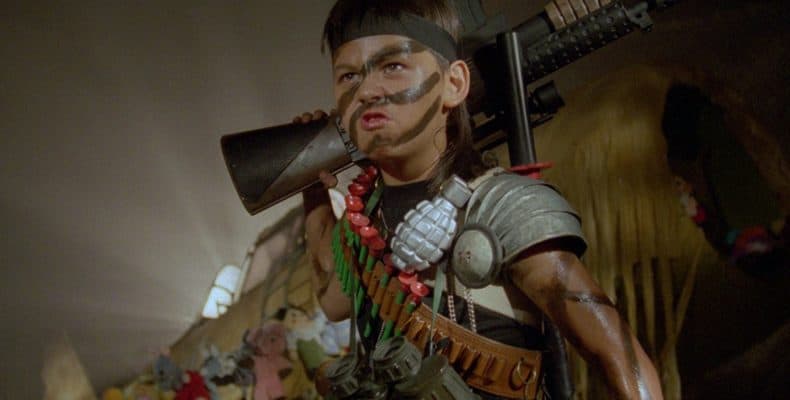 Curiously, this premiered at a children’s film festival as well, further proving they weren’t really sure who this movie was for. The baffling tone is what makes it something special though and something I could easily see film nerds, such as myself, entering into the Christmas movie rotation during the holidays.

Dial Code Santa Claus never had a proper U.S. release either, making it more obscure here in the States, but the good folks at the American Genre Film Archive have remastered and released it here for the first time, with Alamo Drafthouse cinemas screening it this holiday. If you’re looking for a darker, crazier version of Home Alone, Dial Code Santa Claus will not disappoint.