Netflix has released a new trailer for the upcoming documentary The Great Hack from directors Karim Amer and Jehane Noujaim, which takes a look at data exploitation, specifically the Cambridge Analytica/Facebook data scandal.

The Great Hack premiered at this year’s Sundance Film Festival and will be available on Netflix July 24th. For more info, click over to netflix.com/thegreathack.

Data has surpassed oil as the world’s most valuable asset. It’s being weaponized to wage cultural and political warfare. People everywhere are in a battle for control of our most intimate personal details. THE GREAT HACK forces us to question the origin of the information we consume daily. What do we give up when we tap that phone or keyboard and share ourselves in the digital age? 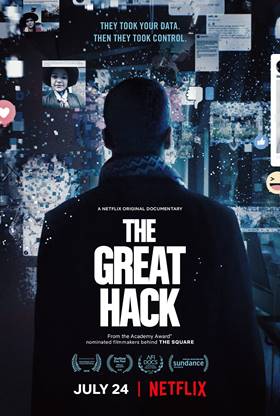