Netflix has released the trailer for Dolemite is My Name starring Eddie Murphy as Rudy Ray Moore, a pioneer of blaxploitation in the ’70s and the star of my personal favorite blaxploitation film, Dolemite. The film is directed by Craig Brewer and also stars Wesley Snipes, Keegan-Michael Key, Kodi Smit-McPhee, Chris Rock, Craig Robinson, Mike Epps, Snoop Dog, T.I., and Tituss Burgess.

Dolemite is My Name will be in select theaters and on Netflix this fall. 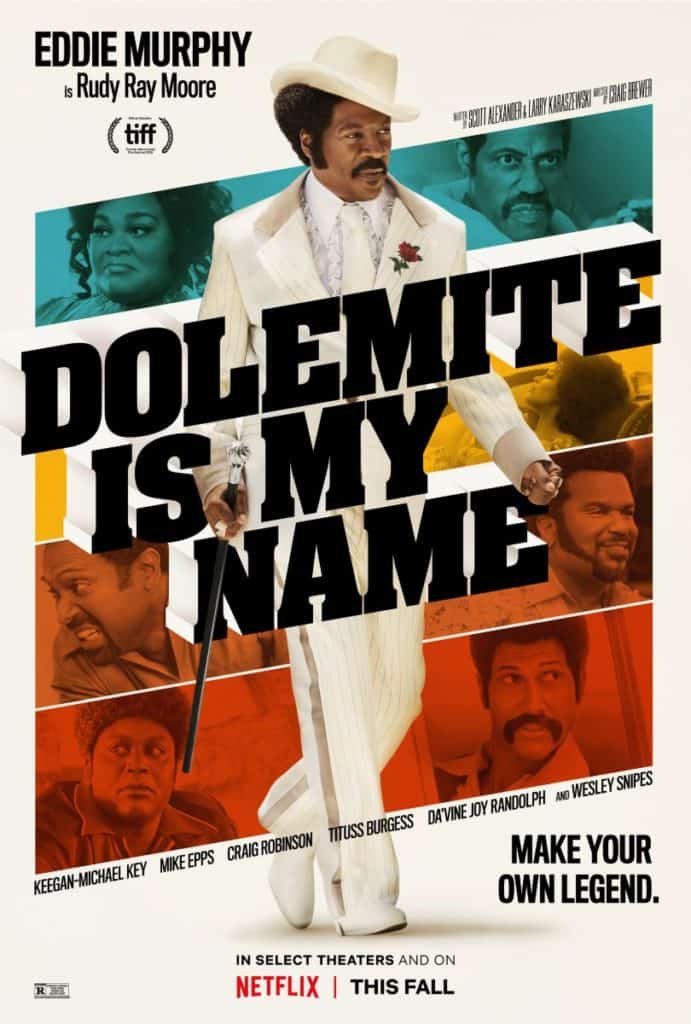