Fox Searchlight has released the trailer for the upcoming comedy Downhill, which involves a family in turmoil after their patriarch, played by Will Ferrell, grabs his phone and abandons them in an avalanche at a ski resort. Directed by Nat Faxon and Jim Rash, the film is a remake of the Ruben Östlund 2014 film Force Majeure, which, being one of my favorite movies of that year, leaves me a bit conflicted about this. There’s a great cast, which also includes Julia Louis-Dreyfus, Miranda Otto, Zach Woods, Kristofer Hivju, and Zoe Chao, but I’m just not sure this is something we need when the original was so good and relatively recent.

Barely escaping an avalanche during a family ski vacation in the Alps, a married couple is thrown into disarray as they are forced to reevaluate their lives and how they feel about each other. Julia Louis-Dreyfus and Will Ferrell star in this biting comedy. 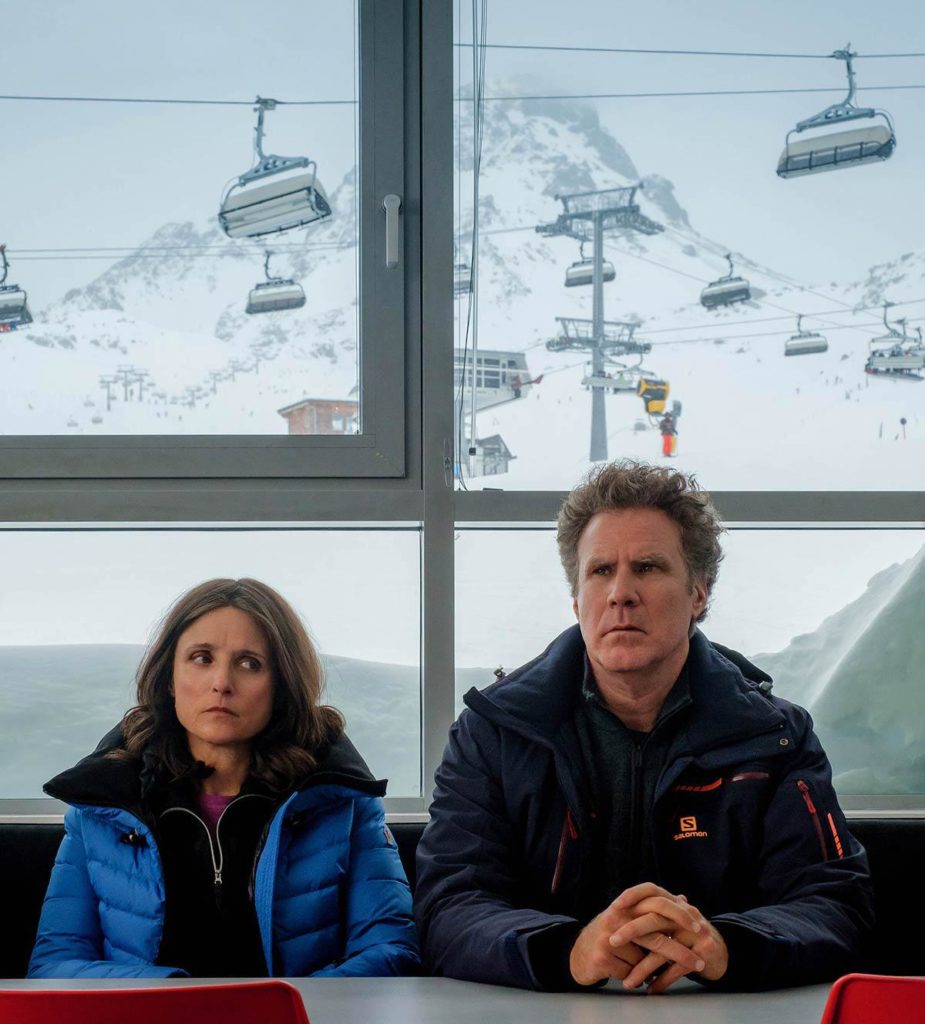