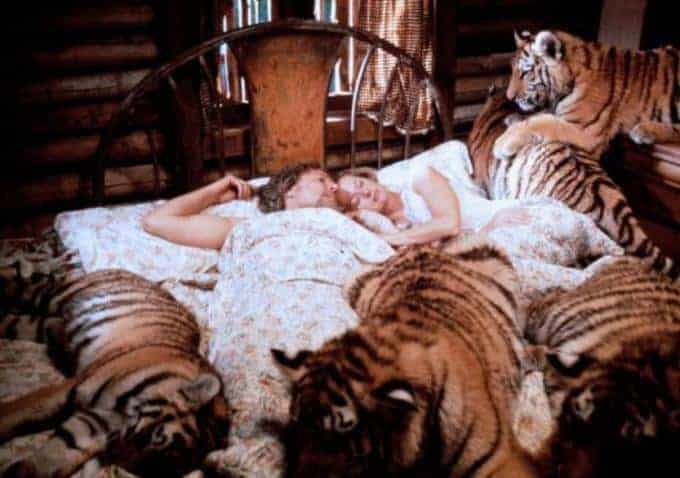 The geniuses at Drafthouse Films were quick to point out that no animals were harmed in the making of Roar, a re-release of the 1981 cult classic, but 70 members of the cast and crew did suffer injuries, dubbing this the most dangerous film ever made. The film is directed and starring Noel Marshall, and also stars Tippi Hedren and Melanie Griffith.

Drafthouse and Olive Films will be releasing Roar in theaters April 17th and if you are on the fence about seeing this one, check out the trailer below.

An unprecedented––and wholly unpredictable––action-adventure, Roar follows wildlife preservationist Hank (The Exorcist producer Noel Marshall in his sole and career-derailing turn as an actor and director), who lives harmoniously alongside a menagerie of untamed animals, including cheetahs, elephants, lions and tigers on a preservation in the African plains. When his wife and children arrive (real-life wife Tippi Hedren, The Birds, and step-daughter Melanie Griffith, Working Girl) for a visit, a long-brewing battle for dominance between two lions erupts and threatens their very lives.