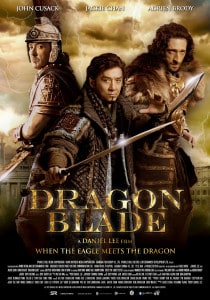 Dragon Blade’s opening narration sets the stage for what’s to come. In 50 B.C., the Silk Road was a trade route that touched nearly 40 nations and was often deemed a place where trading could be done peacefully, however we are told that the remains of a Roman legion were discovered there and that this story is based on true events.

So there you have it. Something happened to a whole Roman legion on a peaceful trade route, and this film is based on an idea, not actual facts. Writer/director Daniel Lee’s story may have gotten the better of him, as the film itself fails to live up to the epic scope that he likely envisioned.

Jackie Chan stars as Huo An, the commanding general of the Protection Squad, so named for keeping the peace on the Silk Road; John Cusack portrays Lucius, the commander of a Roman legion who Huo An encounters; and Adrien Brody plays Tiberius, a corrupt Roman leader whose malevolence and lack of conscience knows no bounds.

This seems like an odd grouping of disparate actors, not just because of who they are playing off of, but also because of the parts and the period. The film kind of carries on an age-old tradition of having American/English actors playing Romans (think Richard Burton and Rex Harrison in Cleopatra or John Wayne in The Greatest Story Ever Told). However, thanks to their talents, Cusack and Brody fare quite well in their roles. Chan does a pretty good job as well, despite falling back on his shtick from time to time. 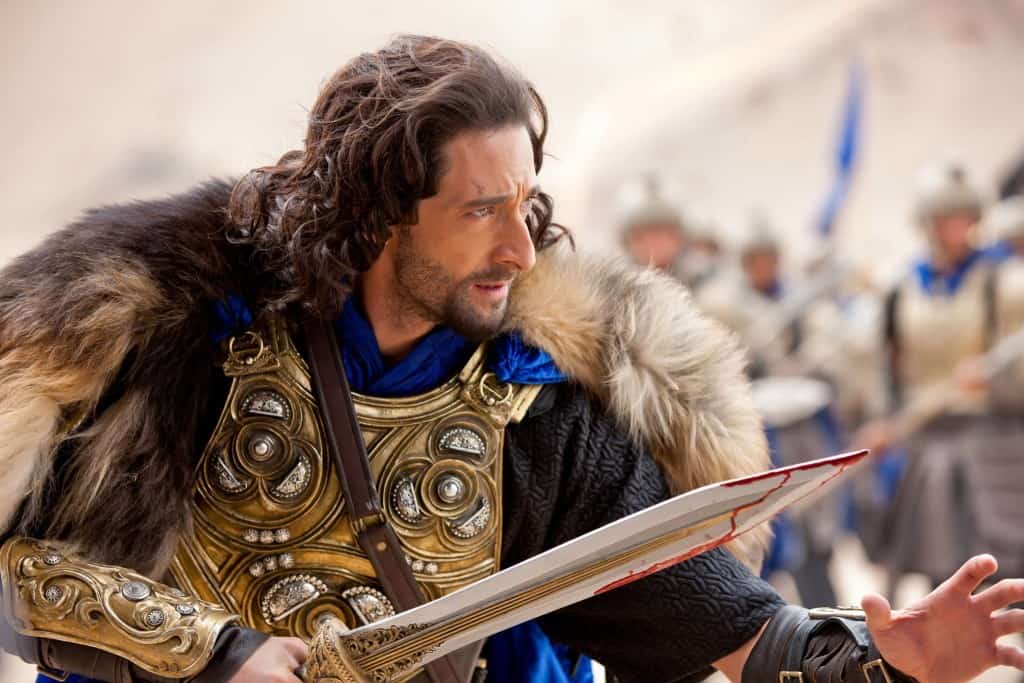 The main problem with the film pretty much rests squarely on the shoulders of the director/writer and his editor. While watching the film, John Woo’s masterful epic Red Cliff comes to mind. Lee may have been aiming for those lofty heights but comes up pretty short of the mark.

There are many battles to be seen here, but none of them hold any weight or are particularly exciting. There are also many scenes that come off as rather cheesy and excessively melodramatic. Yet another scene, which was certainly meant to be a rousing moment, comes off as unintentionally funny.

The editing is problematic at times. There are moments where a non-linear structure is used and we see flash-back sequences that don’t exactly tie in to what was being discussed. At times it works, and other times it can be a bit confusing, forcing the viewers to try and get their bearings.

Collectively it all amounts to a less-than-engaging epic tale that culminates in a huge been-there-done-that battle of nations. It’s a shame that the good performances were part of a fairly forgettable film, one that is full of clichés, cheese and retreads of countless other, and much better, films. Disappointing.