Here’s the new trailer for the upcoming French crime thriller Paris Countdown from writer/director Edgar Marie.  The film revolves around two best friends who cooperate with authorities to put away a psychotic killer after a drug deal involving the three men goes bad.  Six years later the third man gets out of prison hell bent on revenge against the other two and they must once again fight for survival.

Paris Countdown stars Olivier Marchal and Jacques Gamblin, and is set for a theatrical and VOD release November 8th, 2013.

Hit the jump to check out the trailer and synopsis, hopefully the final release won’t include the bad English dubbing.

Unable to repay their debts, Milan and Victor, best friends and co-owners of a Paris nightclub are lured into a drug deal that goes bad. Tortured by police, they negotiate their freedom against an overwhelming testimony that condemns their psychotic liaison to prison. Six years later, the men’s nightmare begins again when the psychopath is granted his freedom. Now, not having talked for years, the old friends are united again in order to survive. PARIS COUNTDOWN is directorial debut from celebrated writer Edgar Marie and from the producers of “Point Blank” and “A Gang Story”. 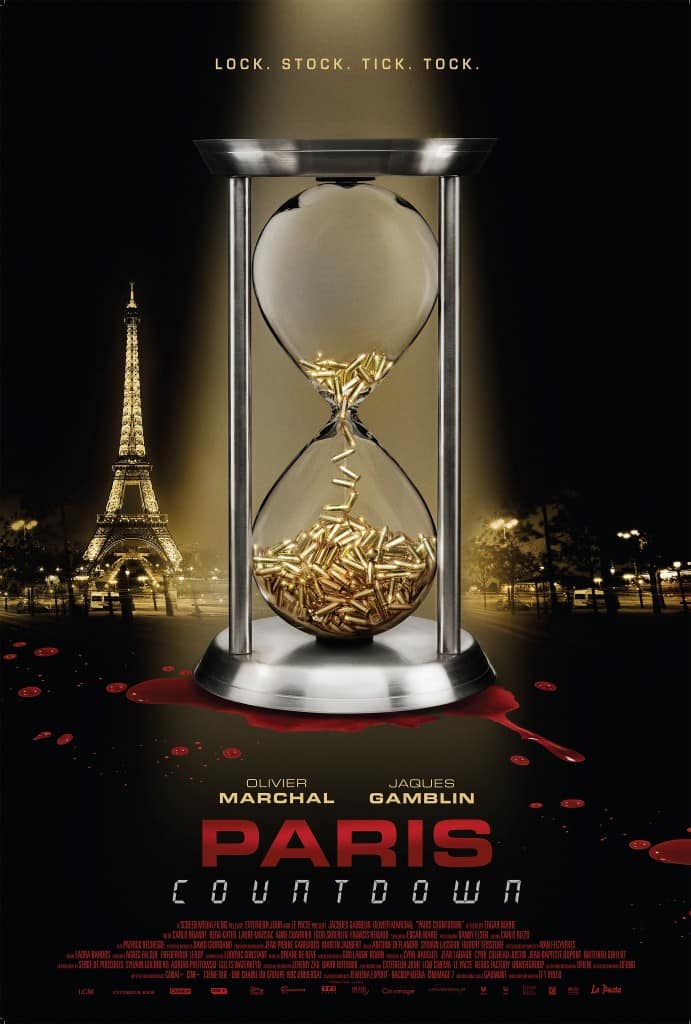