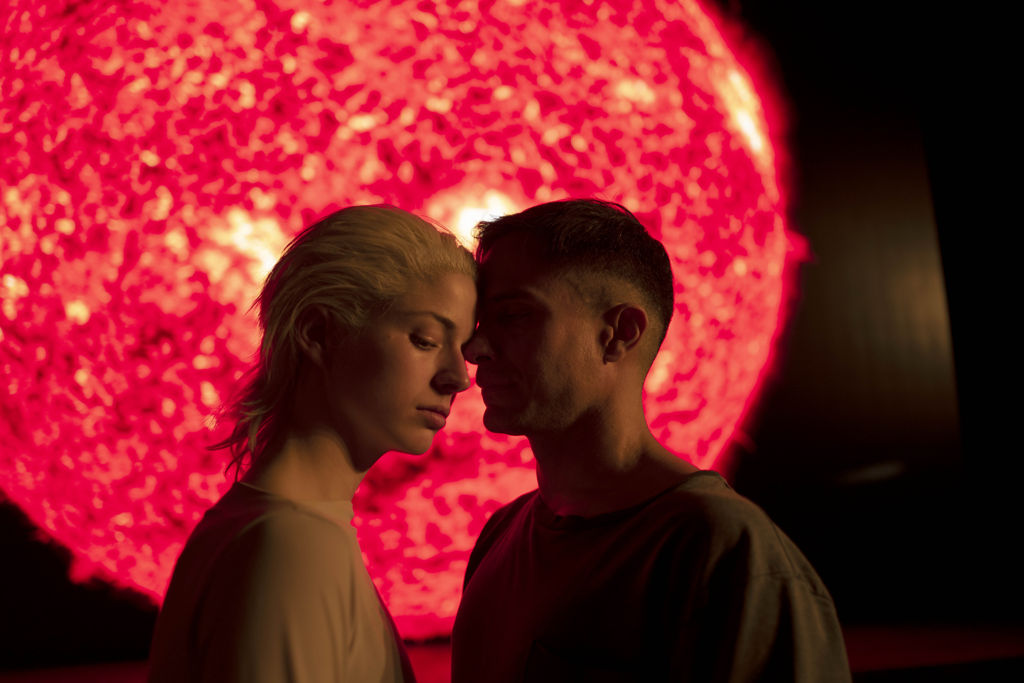 Ema (Mariana Di Girólamo) and Gastón (Gael García Bernal), the husband and wife at the center of Ema, may not have been ready for parenthood. They adopted a seven-year-old boy named Polo, then turned him over to child services after he set a house fire that burned the face of Ema’s sister. From the outside looking in, this could be a story of mourning, as when Ema is not seen dancing, she’s seen flirting and seducing and could be trying to numb what she feels. It could also be a story of rebellion, as she tries to burn everything down, and I mean that in the literal sense, as she sometimes sets objects ablaze in the street with a flamethrower.

Whatever this film is trying to say, its focus isn’t always on Polo, and despite the end, which reveals an insane plot twist that’s trying to convince you otherwise, the more about Ema and Gastón that’s known, the harder it becomes to see them as a functioning family.

Ema has swagger. She’s mysterious, cool, sensual and has a magnetic quality that Di Girólamo plays up, making it easy to see how she could have so many admirers, like her divorce lawyer Raquel (Paola Giannini), a firefighter named Aníbal (Santiago Cabrera) and even members of her dance troop. Like the timeline of this film, she’s a bit of a mess, leaving us with more questions than answers concerning her personal and professional life.

Though captivating, she’s selfish, cruel and seems to have picked up many of these habits from Gastòn, who uses most conversations to remind her about how she abandoned their son, though in actuality it was a joint effort between the two. When most of their interactions involve torturing one another with their deepest weaknesses, it’s surprising that they’ve stayed together as long as they have.

There’s a struggle between director Pablo Larraín telling us too much in long pieces of dialogue and not telling enough. It’s hard to differentiate between the days and weeks to really know how long ago Polo was given up. The dance scenes, though beautiful in that they solidify Ema as this confident, unattainable entity, are too numerous and make the film more about Ema’s dance journey than about her getting over the loss of her son.

The same can be said of the sex scenes, which are  more voyeuristic (like when Ema is shown having sex with a different person after every cut) than emotionally charged. Through all the distractions, it’s hard to focus on the emotional core and know if Ema wanted to be a mother for the right reasons. Did she only feel guilty about giving up Polo because everyone constantly reminded her? Or is that crazy ploy, that I won’t spoil, in which she tries to insert herself into Polo’s life, truly genuine?

If we peeled back some of the superficial aspects and shock value, maybe we would feel like we know Ema. But right now, it’s hard to trust her, and it’s even harder to picture her as a mother.