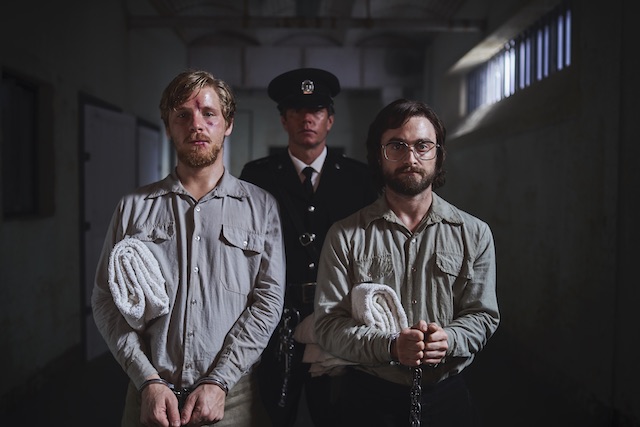 Having been somewhat familiar with the incredible story about the unfathomable prison escape by African National Congress members and anti-apartheid activists Tim Jenkin and Stephen Lee, I had hopes that the inevitable film adaptation would serve to fill in some of the blanks in my knowledge of the events that took place. Francis Annan’s retelling of the event, relayed from Jenkin’s own autobiography, is very adept at showing you a step-by-step timeline of how these two political prisoners situated themselves in Pretoria Central Prison, learned the logistical nature of their captivity, and manufactured a plan after a series of setbacks hardened their resolve, and, all-in-all, it is serviceable.

Escape from Pretoria has no ambitions beyond recounting what transpired in 1979 and following the gradual process of their implausible yet daring escape, and in some ways that is both a blessing and a curse. While factual and informative, the film falters in being tense, insightful or relevant beyond its plot details. 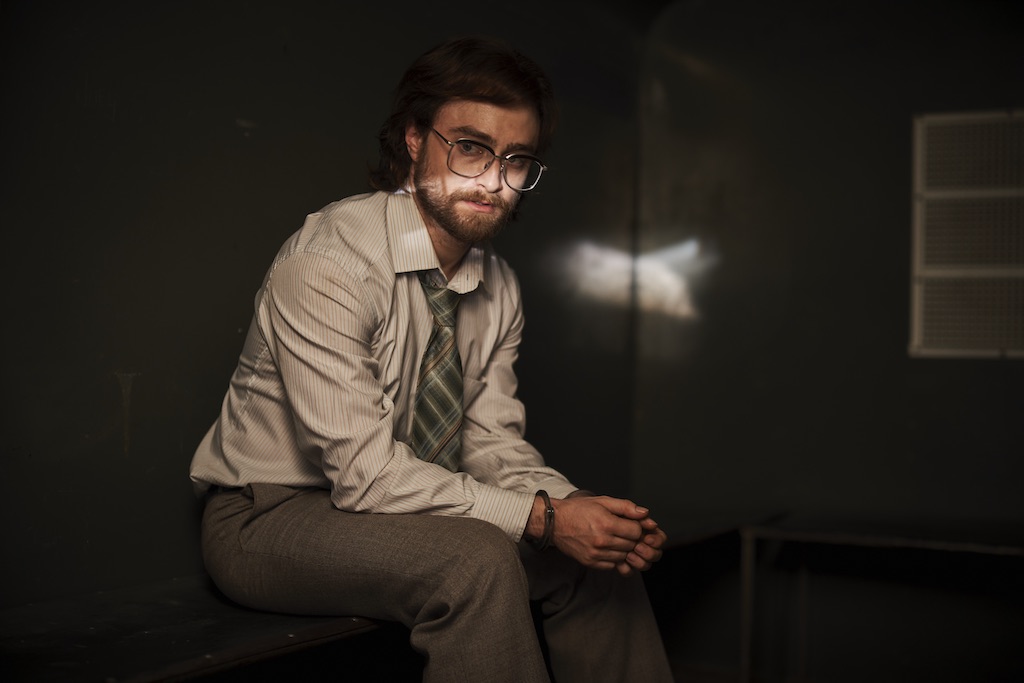 Set in the late ’70s, the film follows political dissidents and activists Jenkins (Daniel Radcliffe) and Lee (Daniel Webber) as they are imprisoned for running multiple leaflet bombing campaigns to distribute literature banned by the apartheid-era South African government. What brought them into the fight against apartheid or their reasons for taking to this extreme action is never really made clear because Annan and screenwriter L.H. Adams’ treatment of the story turns them into men of action, not psychological depth or nuance.

They are defined by what they do, and after they receive their 12- and 8-year sentences, respectively, what they do is immediately plot their escape and incorporate themselves into the crushing routine of prison life. Without an underlying human dimension to this story to grant access to their interior state while they are facing insurmountable odds, the film’s execution feels stagnant and hollow. 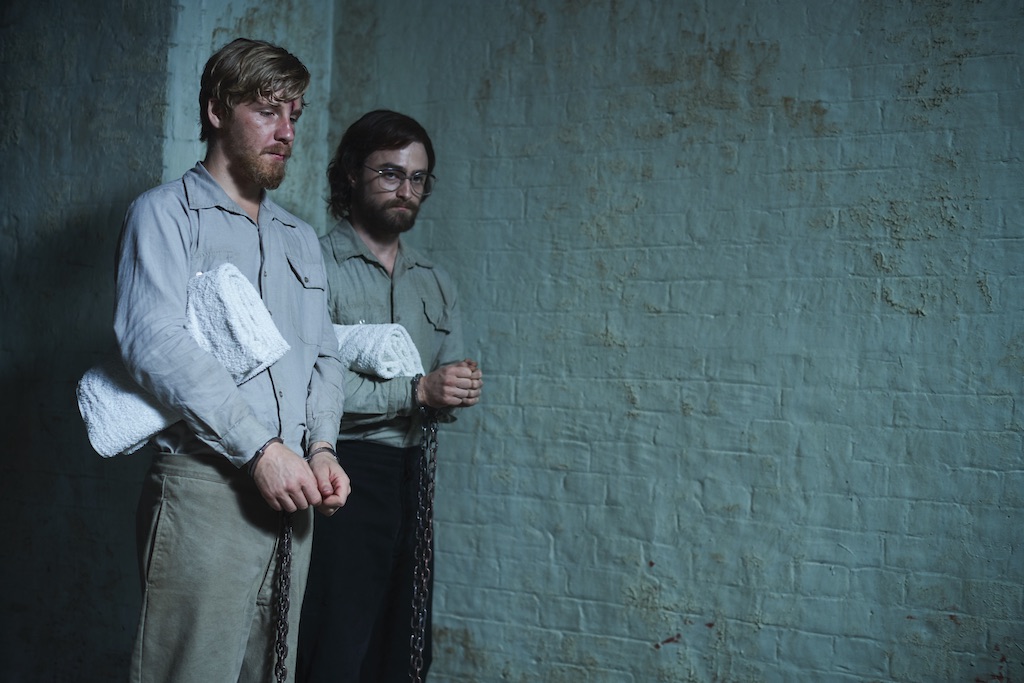 Using an undefined timeline that occasionally pops up on screen with a bolded signal of what day in their sentence they are (DAY 1, DAY 73, DAY 404, etc.), we are somehow never given an idea of how close they are to escaping. As they craft their plan, which involves wooden substitutes for cell keys and intricate pulley systems to open their cages, the exercise is robbed of any palpable tension due to how uncertain you are of their escape.

Even during the last 20minutes, the climactic escape scene toward which the film has presumably built up, their plan remains poorly communicated to the audience, and the process is robbed of finality and excitation. Though Annan’s instincts as a director seem poised to create tension through well placed crosscuts and hurried cinematography, the narrative he draws from always feels like a foregone conclusion and thus predictably stale.

Far greater of a problem is the film’s political focus or the lack thereof. While set in apartheid-era South Africa, we are never given a sense of this period in time — outside of an expository monologue by Radcliffe over news footage (wherein his South African accent flickers in and out like a falty lightbulb) — even though we are following characters who are imprisoned for their political beliefs. 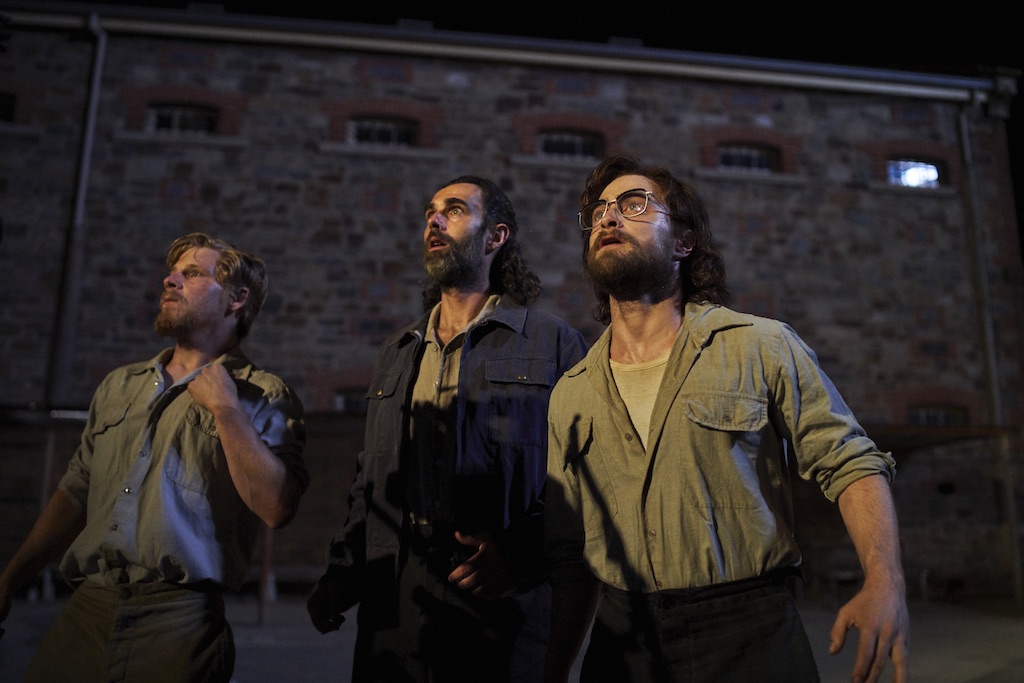 Inside the walls of the Pretoria prison, the once-pressing world outside stops mattering to the characters and to the narrative, beyond an infuriating tendency for the prison guards to refer to Jenkins, Lee and co-conspirators as “white Mandelas.” Despite the film being a factual retelling of Jenkin’s experience (and in no way meaning to diminish their struggle), there is a consistent and problematic framing that touches upon a white-savior motif that feels misplaced.

For most of its awkwardly paced escape plot, the film feels stagnant, awkwardly spinning its wheels waiting for the next setback in their plan. The characters, despite being drawn from reality, feel underwritten and perfunctory, and the prison itself is never given a sense of place. It’s merely a cage to be broken through to prove the mettle of the characters, an adversity to be overcome by people who aren’t written with the capacity to reflect on the task ahead of them. Escape from Pretoria functions as a play-by-play of a historic prison break, and unfortunately, because of this, no real insight can be brought into its dramatization.