Escape Plan: The Extractors will be on VOD platforms and DVD and Blu-ray July 2nd.

Screen legend Sylvester Stallone kicks this explosive action tale into high gear. After security expert Ray Breslin (Stallone) is hired to rescue the kidnapped daughter of a Hong Kong tech mogul from a formidable Latvian prison, Breslin’s girlfriend (Jaime King) is also captured. Now he and his team, which includes Dave Bautista and Curtis “50 Cent” Jackson, must pull off a deadly rescue mission to confront their sadistic foe and save the hostages before time runs out. 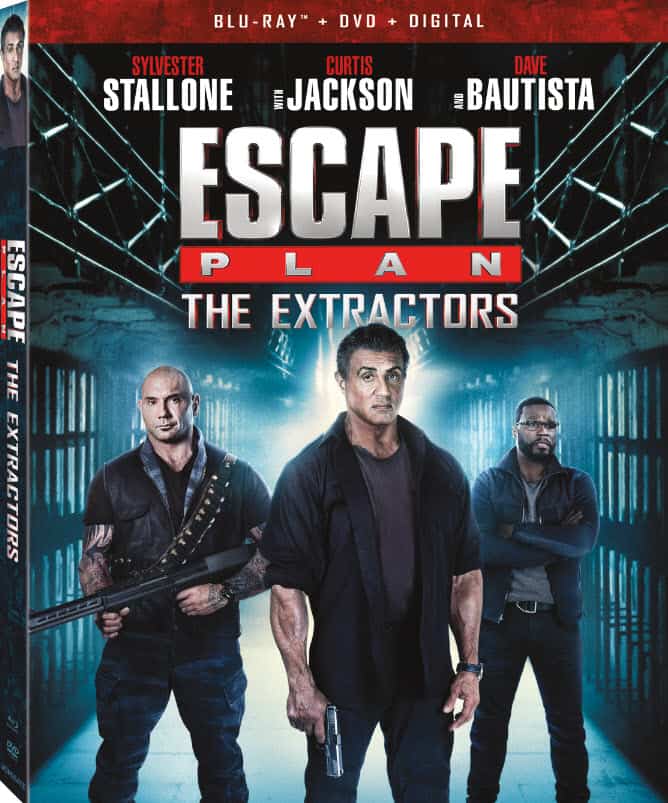