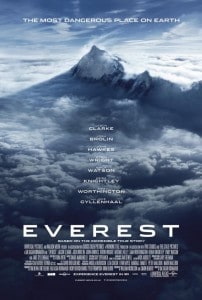 Baltasar Kormakur’s man-against-nature thriller, Everest, tells the harrowing true story of the greatest disaster to have ever hit the region at that time.

When one thinks of disaster films you can either have the “popcorn” spectacle, such as San Andreas or Armageddon; the all-star melodrama, such as The Towering Inferno or Airport; or the more compelling variety, which would be the docudrama, based on actual events. Everest is certainly the latter.

In May of 1996, two climbing expeditions joined together to push forward for their final ascent to the summit of Mount Everest, the highest point on the planet. After successfully achieving their goal, the group is caught in the middle of the fiercest storm to ever hit the region. Weakened and exhausted, they must find a way to descend the perilous mountain before succumbing to the elements.

The film features decent performances by its predominately male cast, including Jason Clarke, Josh Brolin, Jake Gyllenhaal and John Hawkes. Not to be out done are Robin Wright, Keira Knightley and Emily Watson, the film’s female talent. Salvatore Totino’s rich cinematography captures the region quite nicely and looks particularly great when seen in 3D.

There have been many great docudramas about real disasters, such as The Impossible or Alive. While not a disaster – but a terrorist attack – United 93 certainly qualifies as a potent account of a series of man-made disasters. Unfortunately, while Everest is a technically well-made film about a harrowing event, this viewer did not find it all that harrowing. 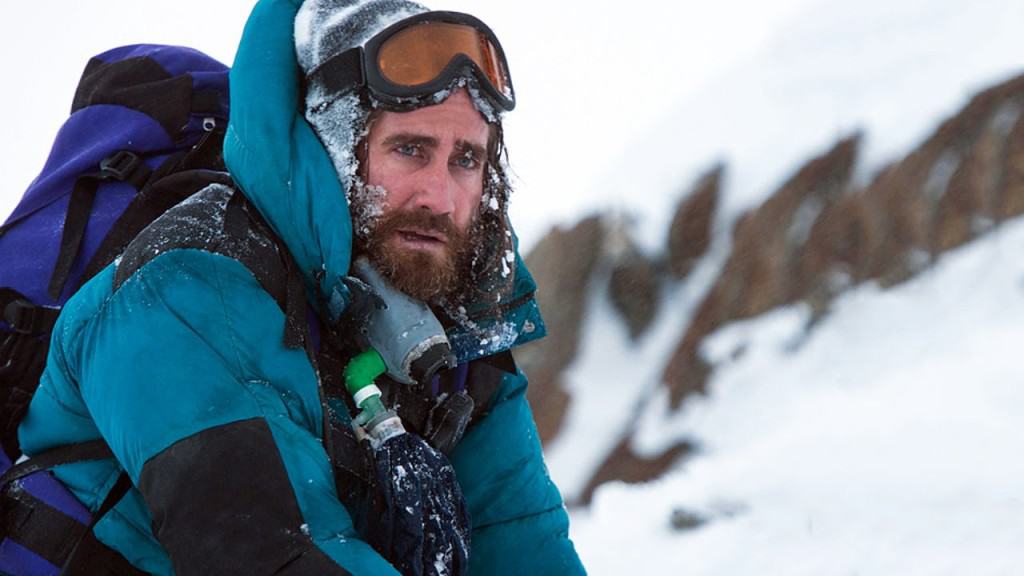 The first half of the film introduces the people who will embark on this fateful expedition. We are given just enough information about each person so that we can have a general idea of their backgrounds and why they are climbing the mountain. We are also repeatedly told about the particular dangers and trauma one can be faced with when trying to climb at the cruising altitude of a 747.

The second half of the film chronicles the group’s final ascent and the storm. As events unfold, it comes as no surprise when we see someone exhibiting symptoms that were described earlier. But when it comes to events within the storm itself, things come off a bit confusing. It becomes hard to relate to – similar to being stranded in space, like in Gravity. Visually, it didn’t seem to convey just how dangerous the situation was, and for story purposes, it didn’t seem to stick with the physical logic – especially when dealing with oxygen deprivation.

Everest is a good film but is not in the same league as, say, The Impossible. It certainly has more depth to it then most run-of-the-mill disaster flicks and is certainly more memorable. However because it doesn’t prove to be as nerve-wracking as one would expect, considering the subject matter, it comes off as a bit of a miss. For a film about a true disaster, it has the spectacle but not enough of the human drama which for this type of disaster film, which is where the real focus should have been.