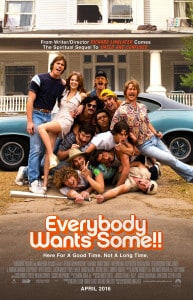 Richard Linklater’s 1993 film Dazed and Confused – a gloriously crafted ode to the last day of high school in the seventies – happens to be one of my personal favorites. So when I found out the director had spiritual sequel was in the works, I had decidedly mixed emotions. How could he top or even come close to hitting the same level of enjoyment the first film brought?

Well, I’m pleased to say that, while it’s certainly not in the same league as Dazed, it’s still within the familiar ballpark, and that’s a feat unto itself 23 years later. Whereas Dazed takes place on the last day of high school, Everybody Wants Some begins three days before the first day of college in 1980.

Blake Jenner plays Jake, a freshman moving into one of two houses given to his school for the baseball team’s use. Jake quickly becomes acclimated to his new surroundings, befriending his teammates and focusing on drinking, partying and trying to hook up with girls, rather than preparing for his first day of class.

Like Dazed, Everybody Wants Some focuses on this thin slice of the lives of these housemates and favors character interaction over plot, eschewing the typical conventions of conflict or a three-act structure. This was a welcome return, as I found the lack of plot to be one of Dazed and Confused’s most endearing characteristics

In both films, Linklater crafted a strong enough characters and story that some superficially injected conflict simply wasn’t necessary. Each of the guys in Everybody Wants Some, while seeming like typical ‘bros’ at the onset, quickly grow on you, making the time you spend with them all the more enjoyable. This is a film that hinges entirely on the strength of its ensemble. Fortunately this is an area in which Linklater excels, so it’s no surprise he’s able to pull it off. 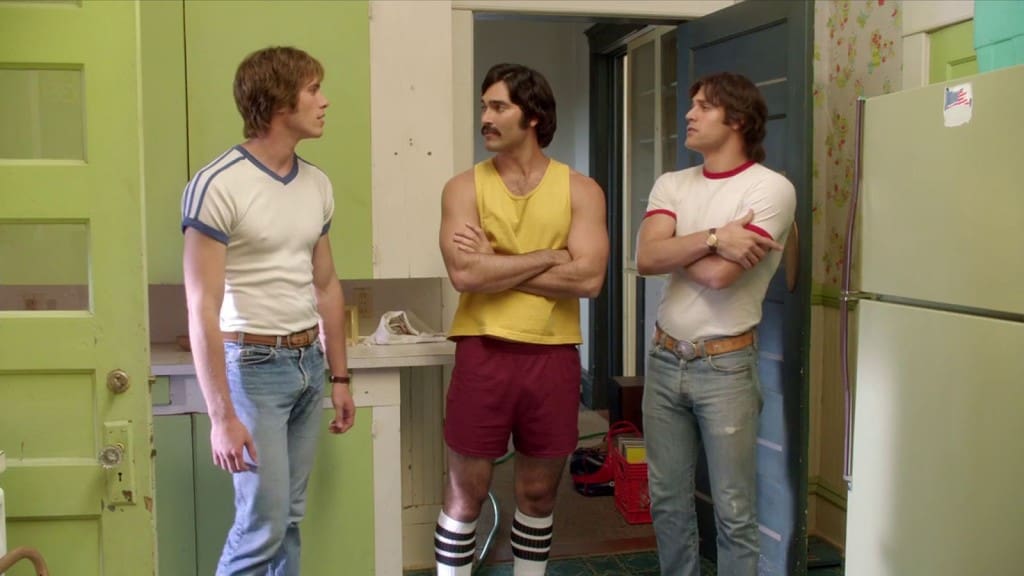 Right from the opening credits I got a twinge in my throat as I was reminded of the first glorious time I saw Dazed and Confused, and from that moment I was fully invested in this film, despite being apprehensive going into into it. Honestly, I didn’t think the trailer was doing it any favors, as I didn’t find anything in it to be particularly funny or endearing. But rest assured; this film has both in spades.

The witty, psudo-philosophical dialogue is back, and while it may be more subdued than Dazed and Confused, it’s still refreshing to see a college film that just feels more intellectual than what we’ve been seeing in recent years. That doesn’t mean it somehow feels disingenuous or elevates these jocks to unbelievable levels of intellect. It’s a near-perfect blend of shallow college buffoonery and snappy dialogue that makes you not despise everyone.

One of the biggest omissions to the film and the only real nitpick I have with it is the glaring lack of strong female characters. I realize I may be comparing this with Dazed and Confused too much and am aware that this is it’s own movie with its own voice, but the former had so many notable female roles that it was unfortunate to see them completely omitted from this film. 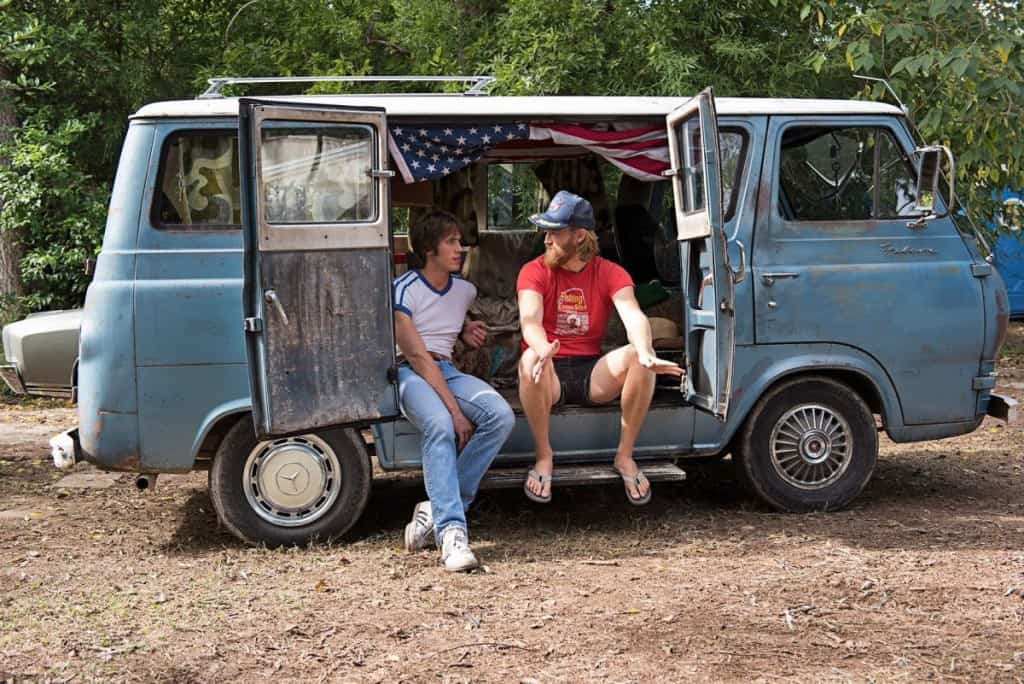 I understand the cast was already bursting at the seams with an entire baseball team to follow around (and this story is very much a story told from their perspective), but all the women in this film are relegated to objects of desire. While it far from ruins the film for me, it just would have been nice to have a few more ladies present.

Everybody Wants Some is a wildly entertaining film that adds another slash in the win column for Richard Linklater and is definitely a recommended watch. With its colorful cast of characters and Linklater’s patented dialogue, fans will not be let down.