We’re happy and excited to premiere the teaser trailer for Christopher Good‘s (Mudjackin’, Brad Cuts Loose) upcoming short film Crude Oil, which is set to premiere later this month at the Sundance Film Festival. We’ve been fans of Good’s work for several years now and have been following the production of Crude Oil since the beginning, so if you’re headed to Park City, be sure to add this one to your schedule!

Crude Oil will be premiering January 26th at the Temple Theater.

At its heart, CRUDE OIL is about a young woman named Jenny (Andreina Byrne) who is growing out of, and breaking free from, an overbearing friendship with her longtime friend Lynn (Tipper Newton) and learning to recognize and assert her own talents, feelings and desires. CRUDE OIL mashes up the ways in which intense and deep-seated feelings manifest themselves in our unconscious life (i.e., through dreams) with the ways in which they can erupt in, and at times bulldoze, our waking life. 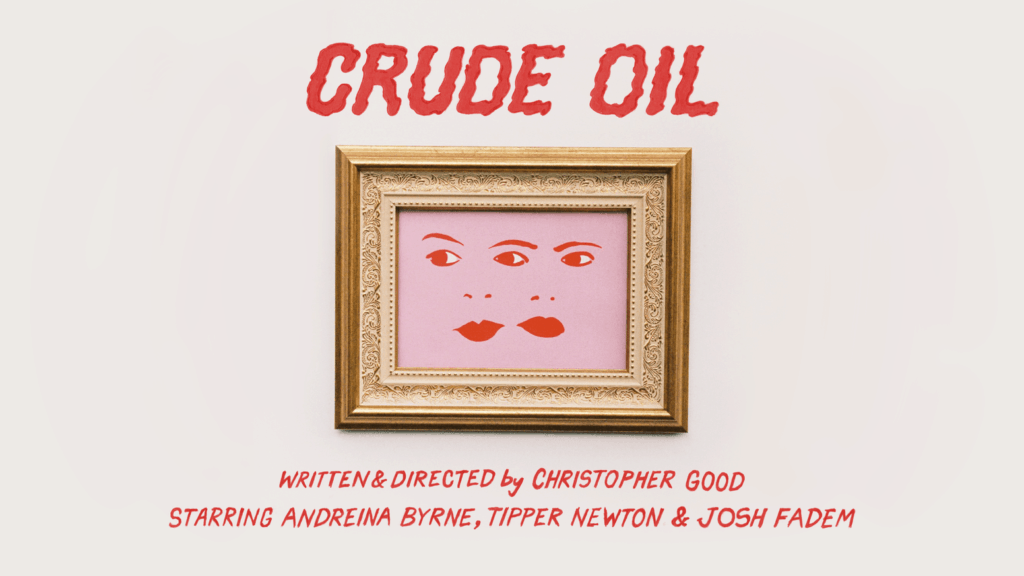