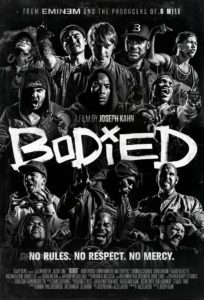 This is a repost of our review from Fantasia 2018. Bodied opens in limited release Friday.

In Joseph Kahn’s latest feature, Bodied, he teams up with writer Alex Larsen (Kid Twist) and producer Eminem to deliver a biting satire of the current PC landscape we live in, framed around the world of underground rap battles. While I was a pretty big fan of Kahn’s last film, Detention, and appreciated its bonkers meta narrative that also waded into satirical waters, Bodied is his best effort to date, creating a smart, funny and incredibly well executed exploration of outrage culture.

As someone who grew up loving the underground hip-hop scene, watching grainy VHS copies of Scribble Jam and clips of Eminem battling at the Detroit Blaze Battle before he exploded into the mainstream and before becoming a DJ myself, frequently spinning beats for local rap battles, I admittedly have a personal connection to this film. Having previously been so steeped in the culture, I can appreciate the authenticity brought into the battles but also find it to be the perfect platform to explore the impact of our current state of cultural sensitivity, considering how intentionally insensitive the art form is. 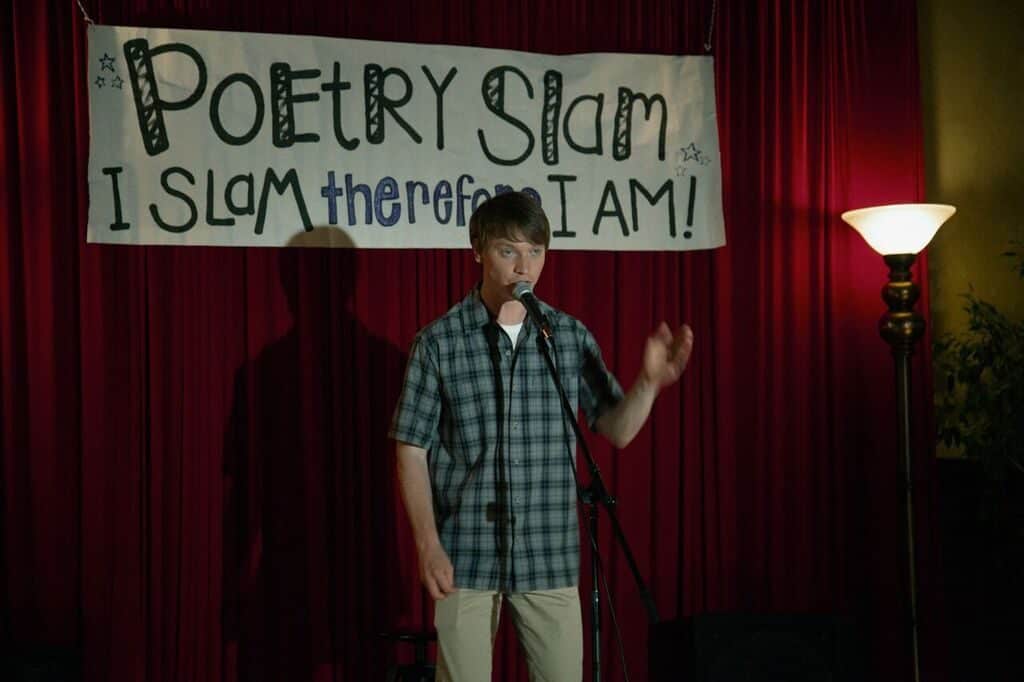 Bodied stars Calum Worthy as a Berkeley grad student named Adam, an English Lit major who is writing his graduate thesis on “the use of the n-word in rap music,” who attends a battle to gather research. After being thrust into a battle himself and winning, Adam discovers he has a bit of talent and decides to make a go of it, despite the objection from his girlfriend, Maya (Rory Uphold), a caricature of what certain conservatives would call an “SJW” or “liberal snowflake.”

Adam’s first real battle against Korean battle rapper Prospek, played by actual battle rapper Dumbfounded, starts off rocky as he avoids using racial stereotypes in his rhymes, but after a negative response from the crowd, he takes his filter off and eviscerates his competition with bars filled with offensive, yet intelligent and very funny, quips. 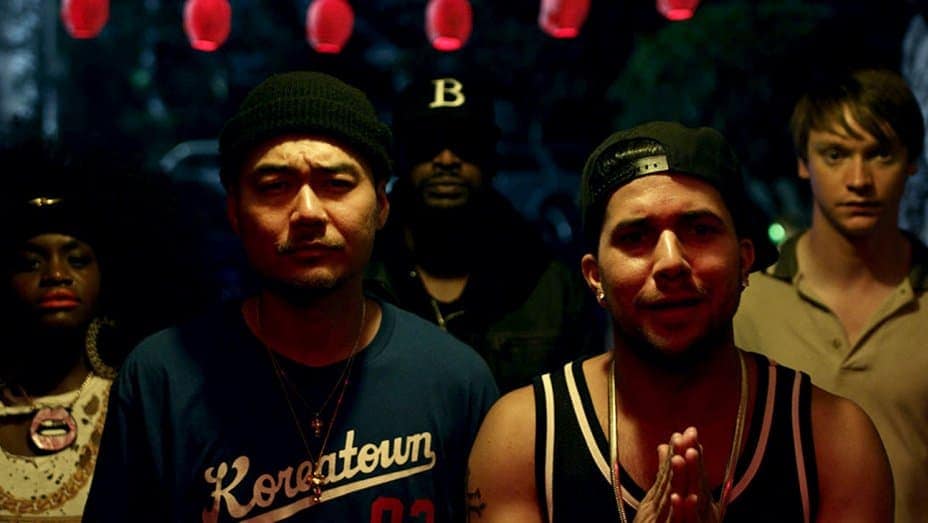 It’s well regarded in the community that what’s said in the ring isn’t to be taken personally, similarly to a comedy roast. The goal is to knock down your opponent with the most offensive and pointed barbs as possible, and while this battle forged a friendship between Adam and Prospek, Maya and those at his school weren’t as impressed with his performance. After Maya dumps him and reveals that he’s the subject of her thesis on cultural appropriation, the entire school rallies against him and he gets suspended due to the optics of his performance and his connection to his father, played by Anthony Michael Hall, a popular and influential professor.

Bodied isn’t simply a finger wag to an overly sensitive populous, however, as Adam’s lyrics begin to cross the line from harmless jabs to deep personal attacks. It conveys the complex nuances of hurtful dialogue and how, even in jest, some lines shouldn’t be crossed.

Though a tad too long, coming in at two hours, the standout performances from Worthy (along with all the rappers involved), the fantastic script, and Joseph Kahn’s music video-esque visuals make Bodied not one to miss. Bodied is screening at this year’s Fantasia Festival in Montreal.