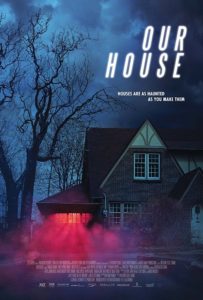 Our House, much to my dismay, is a remake of a 2010 film and not a film based on the classic song by Madness (hey, they made that movie about a Christian rock song, didn’t they?). In this film, a boy genius sets out to invent a wireless energy source but ends up opening a door to the afterlife.

Directed by Anthony Scott Burns, the film stars Thomas Mann as Ethan, the aforementioned genius who, along with his girlfriend and college buddy, is developing a device that uses an incredible amount of electricity in order to solve the energy crisis. 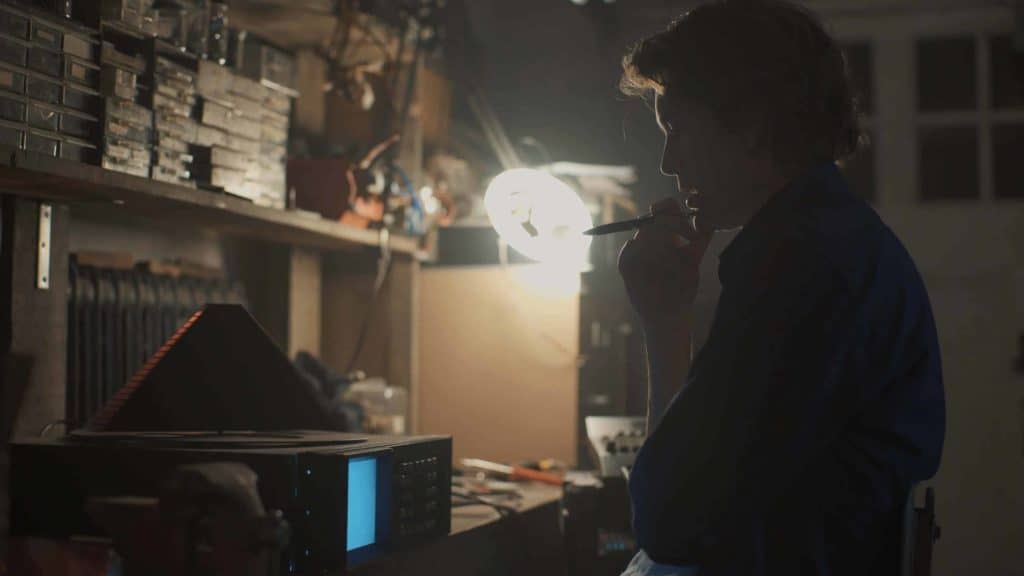 After his parents are killed in a car accident, Ethan must drop out of school and get a job in order to take care of his younger brother and sister, while still working on his project at night. What he discovers is that the device he created doesn’t create wireless electricity but instead opens a portal to the afterlife, allowing his parents to communicate with him and his siblings. Too bad for them, it also brings back some of the more malevolent spirits as well.

The film is a remake, or “reimagining” as they’re calling it, of the film Ghost From the Machine AKA Phasma Ex Machina from Matt Osterman, and while I haven’t seen the original, I’m not sure what it was that begged this story to be remade only eight years later, as it’s a pretty standard supernatural horror film with few, if any, memorable moments. 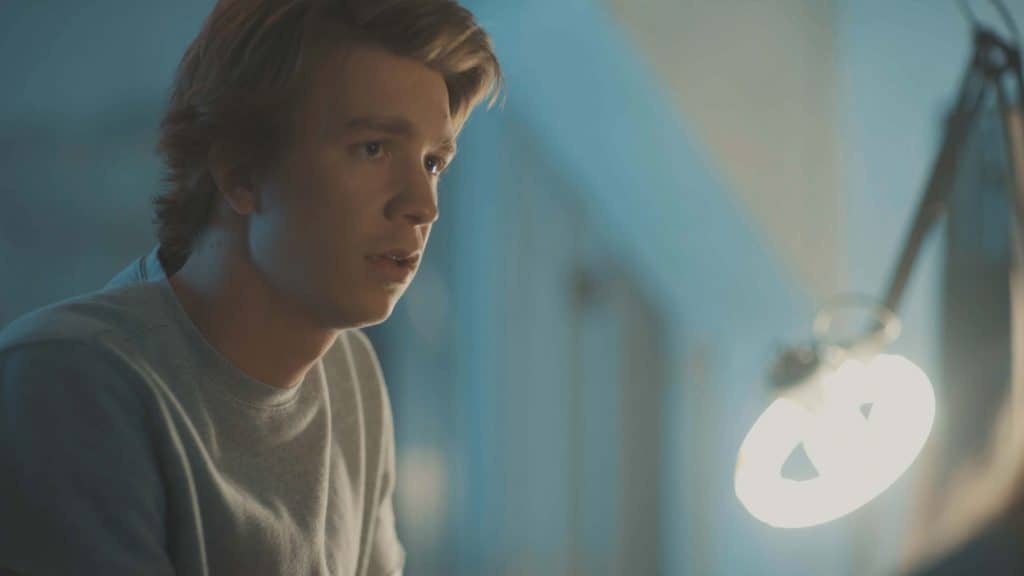 That isn’t to say the film isn’t well made; in fact it does a great job of building its characters and hooking the audience with its premise early on. The outcome, however, is just something we’ve seen many times over with other films of this ilk.

The jump scares, while few in number, are telegraphed a mile away, and the shadowy spectres terrorizing the family are uninteresting in their design. There’s a bit of a Poltergeist vibe happening here, with the family’s encounters appearing harmless at first and with the focus of the ghosts on the little girl in the family, but these elements just make it feel more unoriginal rather than giving it additional charm. 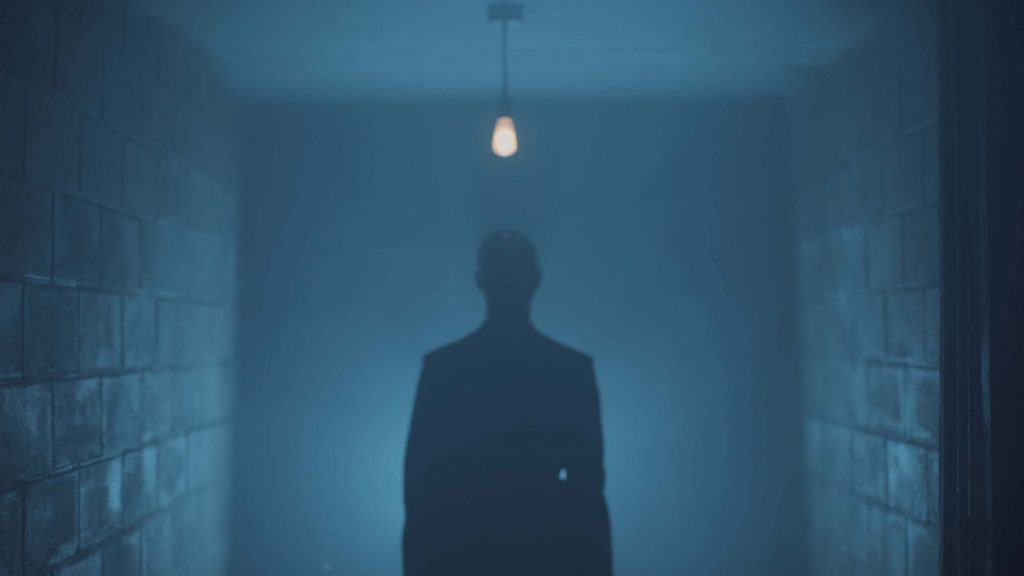 Our House is the type of horror movie that I knew, if I didn’t craft my review immediately after watching it, that I would forget nearly everything that happened simply because it’s the type of film I’ve seen countless times before. The performances are solid throughout; the narrative is serviceable; and the visuals are at times incredibly good, such as a perfectly framed shot of Ethan standing in the doorway to his kitchen that comes to mind. But there’s just not enough here to make it anything more than an average ghost story with few scares and fewer risks taken.