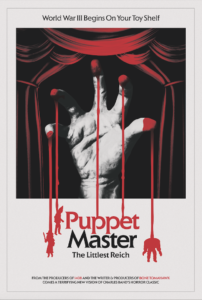 This is a repost of our review from Fantasia Festival 2018. Puppet Master: The Littlest Reich will be available on VOD platforms Friday.

Back in 2014, I challenged myself to go through the entire Puppet Master franchise, watching every one of the 10 main series’ films released up to that point. It was an arduous journey, to say the least, and while I can’t say that I had very much fun with the series as a whole, the first few entries were solid. While each entry seemed to get progressively worse, I couldn’t help but hold out hope that the series would somehow turn itself around.

Since then, two more entries have been released, Puppet Master: Axis Termination in 2017, which I couldn’t be bothered with, and Puppet Master: The Littlest Reich, the latest and certainly highest-profile sequel since perhaps the first Puppet Master, released in 1989.

Directed by Sonny Laguna and Tommy Wiklund and written by S. Craig Zahler of Bone Tomahawk and Brawl in Cell Block 99 fame, the film stars Thomas Lennon as Edgar, a recently divorced comic book shop employee. Edgar, along with his new girlfriend, Ashley (Jenny Pellicer), and his best friend and boss, Markowitz (Nelson Franklin), heads to a convention that’s celebrating the work of Andre Toulon, an infamous puppet maker and Nazi. 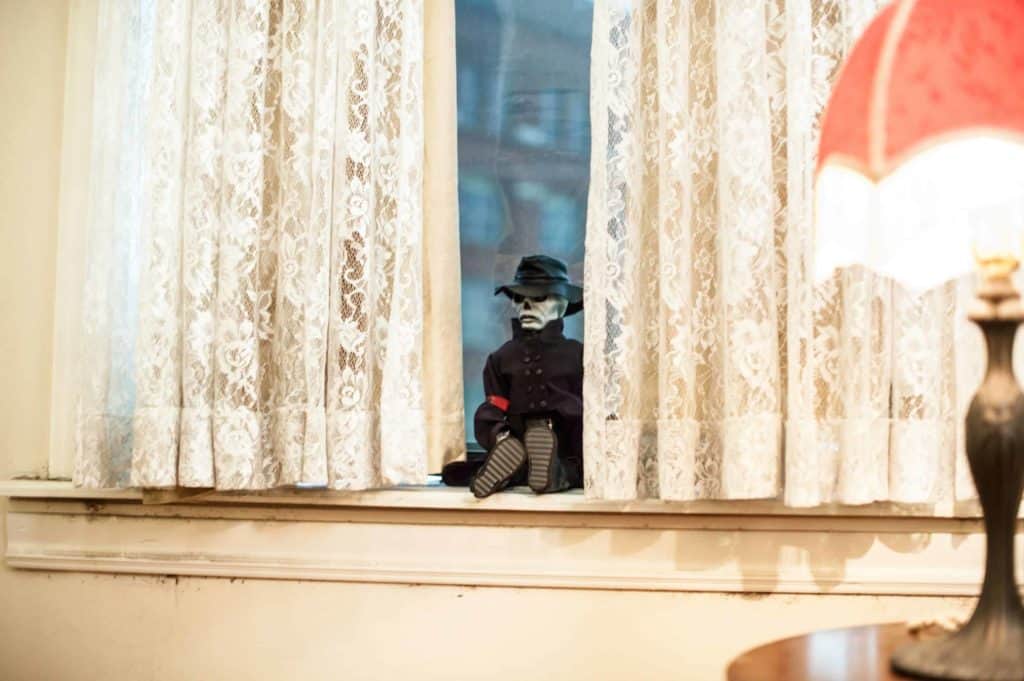 Edgar found one of Toulon’s puppets while searching the room of his younger brother, who died as a child under mysterious circumstances, and decides to sell it at auction with the blessing of his parents. With the promise of 60 or more of Toulon’s puppets being on display at the convention, one already has a picture of what’s going to happen: they come alive and terrorize all the patrons, killing them in the most gory ways imaginable.

Zahler’s dialogue is sharp and funny, something we’ve come to expect from his work and one of the reasons I’m such a big fan of his directorial efforts, but Puppet Master: The Littlest Reich doesn’t offer much in the way of narrative fortitude. The setup seems to be designed to assemble a hotel full of people and start killing them off as quickly as possible, with much of the film consisting of one gruesome death of a random individual after another. That’s not to say it isn’t fun; the deaths are, for the most part, well orchestrated, and the practical effects work is solid. I was just hoping for a little more context to go with the mayhem.

There’s this idea that gets thrown out that the puppets are targeting anyone who isn’t a straight, white, non-Jewish person, but the puppets seem be killing indiscriminately, so it’s not really something that seems fully fleshed out or of any consequence.

It wouldn’t take much to create something leaps and bounds above what we’ve been seeing over the last two decades with the series, and The Littlest Reich is a giant step in the right direction. It’s sleazy and sloppy, but leaning in to the comedic aspects of the series and doubling down on the variety of murder puppets definitely makes for a more entertaining viewing experience. 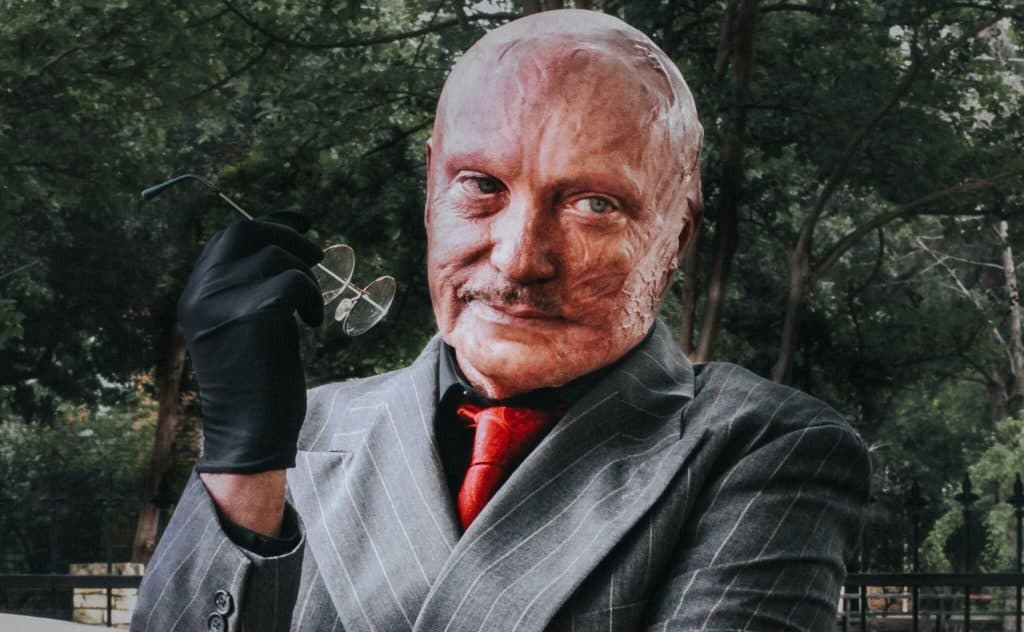 It helps that a more competent writer was brought in to develop an original story, one that separates itself from how convoluted the original series was getting. It helps to know a thing or two about Puppet Master, but it’s far from a prerequisite.

Bringing in a talented cast also proves helpful in righting this sinking ship, with Thomas Lennon acting as the unlikely hero and nice cameos from Charlyne Yi, Barbara Crampton and Udo Kier as Toulon. Think of it like when the Child’s Play series went down a more comedic path with Bride and Seed of Chucky.

The puppets themselves were nicely designed, but while we did see some of our classic friends like Pinhead, many of the mainstays, like Jester and Leech Woman, were absent. Guess there’s always time to include them in the inevitable sequel.

Puppet Master: The Littlest Reich is far from an ideal reinvigoration of a tired franchise, but it’s a start. The forced scenes of nudity, spotty editing and its ho-hum plot prevent it from being anything more than a slightly above-average gore-fest, but that’s still infinitely better than the last 10 entries in the series. Puppet Master: The Littlest Reich is screening at this year’s Fantasia Festival in Montreal.