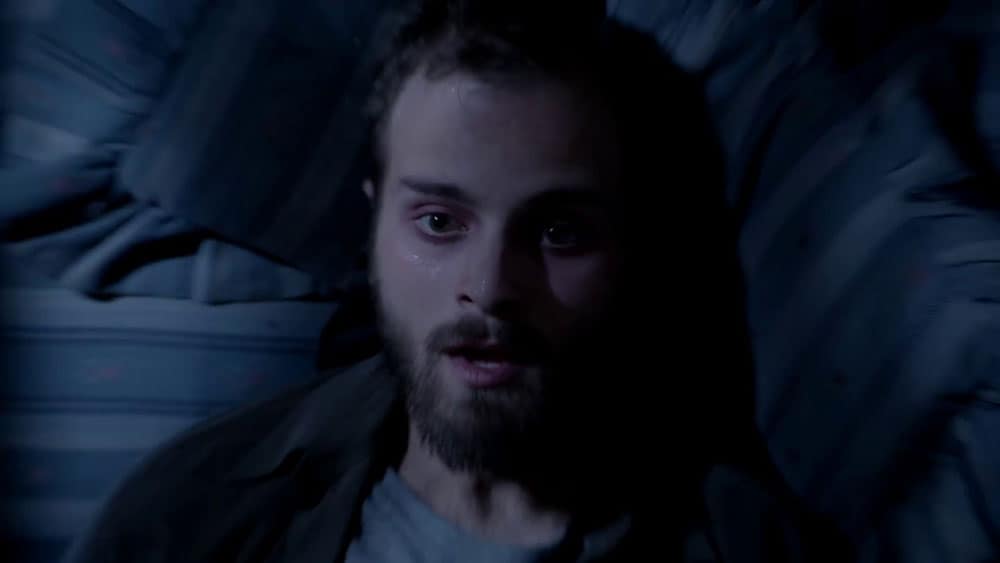 This is a repost of our review from Fantasia 2018, Rondo is on VOD platforms now.

The film opens with a narrator telling us about the troubled life of Paul (Luke Sorge), a man who hit rock bottom as his alcoholism causes him to lose everything, resulting in his need to move in with his sister, Jill (Brenna Otts), while he struggles to get back on track. Jill recommends he go see a therapist, one who tells him he needs to get laid and gives him a card with an address and a password, “rondo,” that he’s supposed to say when he arrives.

Upon his arrival he meets two other men who are also there for whatever weird sex thing he got himself into, which involves sleeping with some guy’s wife, who is clearly drugged out of her mind. After stepping outside for a smoke while waiting for his turn with the woman, Paul witnesses the man who went into the room before him get murdered. He escapes with his life, but the killers know his address, and they’re coming for him… 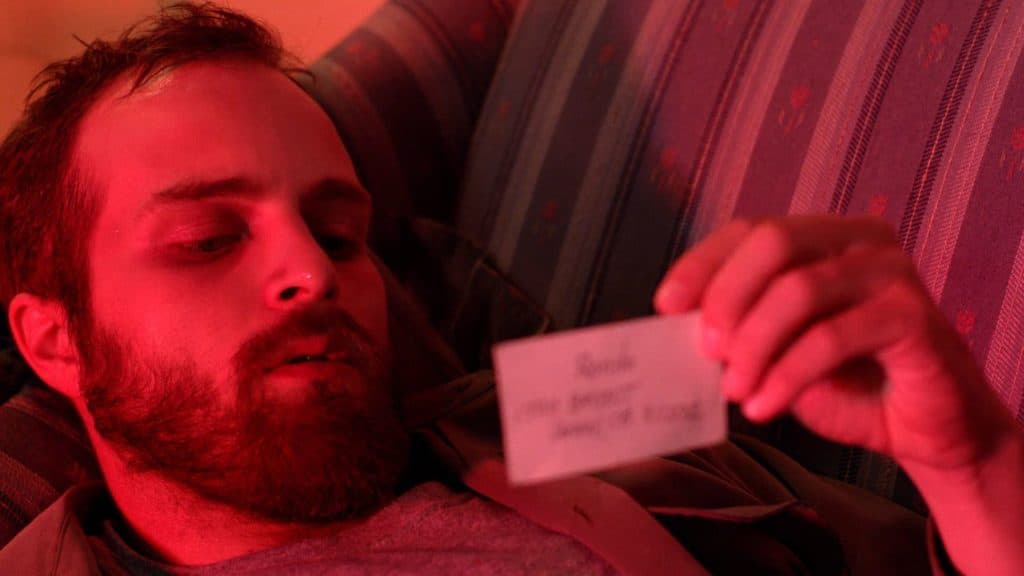 While Rondo plays with some interesting ideas, it fails to present anything of substance, resulting in a sloppy mess of an attempt to create a modern exploitation film. It plays with lighting in an effective way, and there are some cool creative flourishes thrown in; I particularly loved a sequence with Jill being questioned by the police with a sprinkler on in the background incessantly spraying the windows behind her. But ultimately Rondo is an empty film filled with poor dialogue, rough performances and a thin plot.

The music selection in the film is a grab bag of generic tunes, which wouldn’t be so bad had they not been so prominently used. There’s so much music and so little dialogue that it becomes jarring after the first few sequences of Paul barely uttering a word but having three different genres of music blast in our ears. 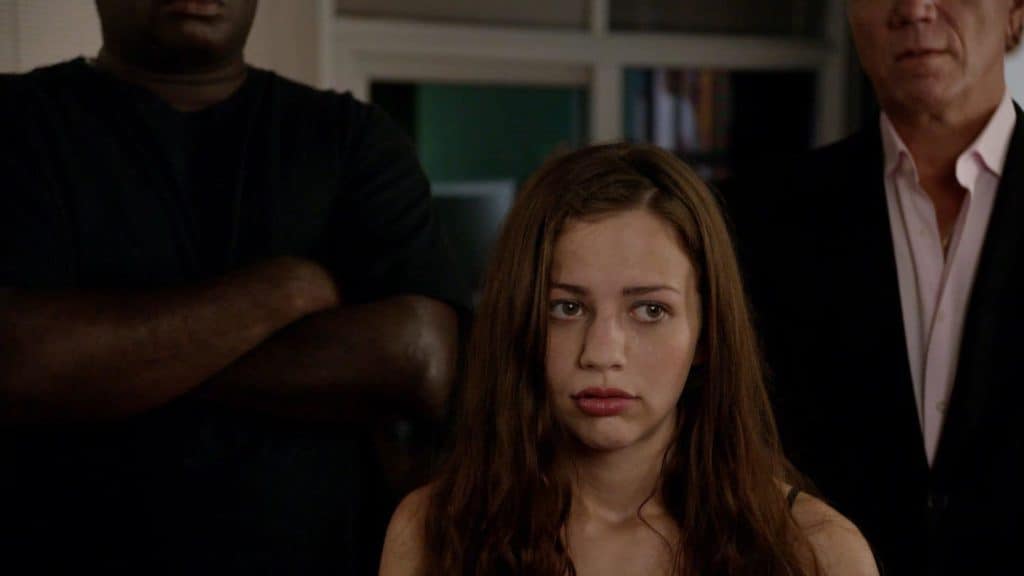 The stylistic choices for the soundtrack are that of someone visiting a royalty-free music site and downloading the 10 newest songs. The plus side to this cornucopia of random tracks is that it helps minimize the dialogue, which is mercifully sparse, save for a particularly cringe-worthy monologue given by Jill in the final act.

Without divulging any spoilers, Rondo’s conclusion features an epic bloodbath facilitated by an individual who I’m assuming just learned how to effectively create squibs and decided to just crank that shit up to 11. Silly as it looked, I still give major props to Barnhardt and company for going this route over After Effects. It’s satisfying, funny, ungodly bloody and the best sequence in the film.

Rondo contains a few glimmering moments of fun and technical efficiency, but those moments are marred by its lackluster script, performances and sound editing, preventing it from being something I would recommend to even the most diehard fans of horror and exploitation. Rondo is screening at this year’s Fantasia Festival in Montreal.