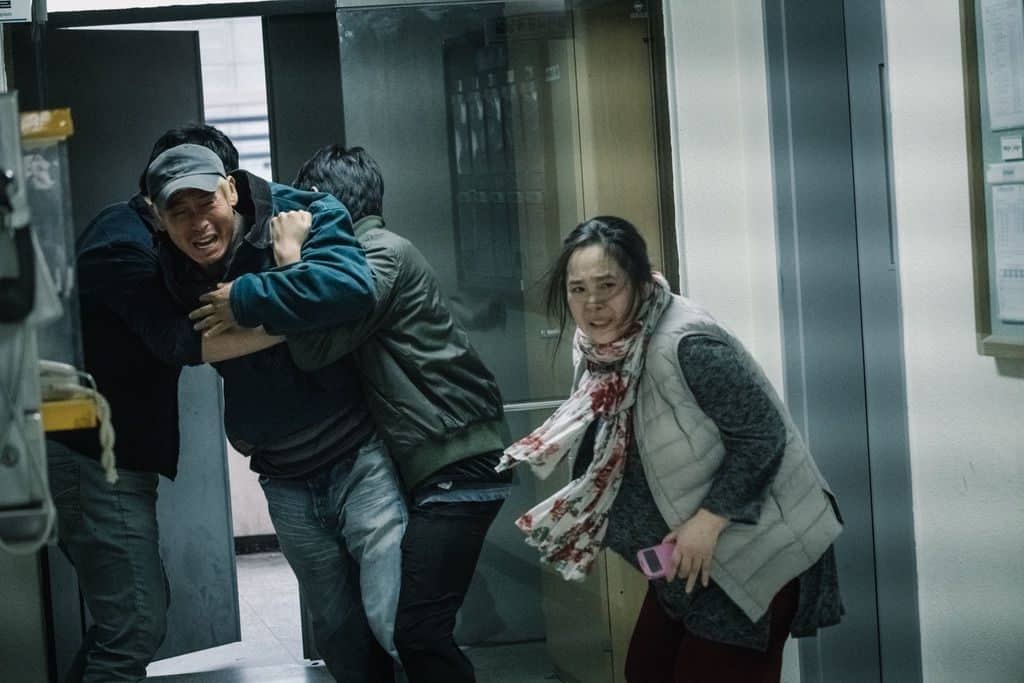 As Montreal’s Fantasia Festival enters its third week, the award winners for this year’s edition have been announced, with Lee Su-Jin‘s Idol winning Best Film.

Take a look below for the full list of winners and click here to check out all of our Fantasia coverage.

Best Film: IDOL (d. Lee Su-Jin)
In a statement, the jury noted, “From start to finish, IDOL is an incredibly well-made film. We were struck by the great screenplay, performances, and directing.”

Special Mention: FATHER’S SHADOW (d. Gabriela Amaral Almeida)
In a statement, the jury acclaimed this film as, “a beautiful and dark tale about loss, grief, and fatherhood, resting entirely on the shoulders of an amazing upcoming young actress.”

Best First Feature: WHY DON’T YOU JUST DIE! (d. Kirill Sokolov)
The jury noted in a statement, “This splatter-punk feature debut goes beyond the subgenre’s framework to blend elements of classic Noir cinema, Western visual tropes, and cinematography reminiscent of Bruno Delbonel’s work on Amélie. This small team has put together an expertly crafted film that defies expectations at every turn.”

Best Short Film: THE BOOGEYWOMAN (d. Erica Scoggins)
In a statement on behalf of the jury, who voted unanimously for the title, Justin TImms noted that THE BOOGEYWOMAN is, “a major calling card for director Erica Scoggins” and is “intricate and emotional, with terrific performances and sharp direction.

Best Animated Feature: RIDE YOUR WAVE (d. Masaaki Yuasa)
In a statement, the jury stated they would like to grant the award of best animated feature film to the Japanese film, “for its magical realism and surprising storytelling,” and adds, “This seamless hybrid of 2D and 3D lively animation, with pastoral scenery and water as its main character, will take you on an emotional ride.”

►  AQCC-CAMERA LUCIDA
The AQCC-Camera Lucida Jury, comprised of Andrew Todd (writer, filmmaker, composer), Donato Totaro (editor-in-chief, Offscreen), and Elijah Baron (film critic from 24 Images and translator) awarded the AQCC-Camera Lucida Award to Johannes Nyholm’s KOKO-DI KOKO-DA, which they called, “an invented folklore of live action and shadow-play, which takes its characters on a nightmarish journey of emotional healing,” and offered a special mention to short film director NAO YOSHIGAI for “her child-like recreation of a corporal experience of the natural world.”

Best VR – Fiction: THE CARETAKER (d. Jacob Wasserman, Nicolas Pesce, and Adam Donald)
The jury said in a statement that the film’s authors, “create an unusual beautiful atmosphere that benefits from a particularly careful work on 360° photography and art direction. The result is a wraparound VR experience that cleverly enlists the viewer’s responsiveness.”

Best VR – Documentary: HEART OF THE SATHU (d. Leela Gilday)
Addressing their decision to award this title, the jury noted, “HEART OF SATHU is a truly unique and touching VR experience, bearer of an important message about environment and women’s rights. As you stand in the middle of the drum circle, with Leela Gilday’s singing performance, you cannot help but feel privileged to be part of this powerful and meaningful moment.”