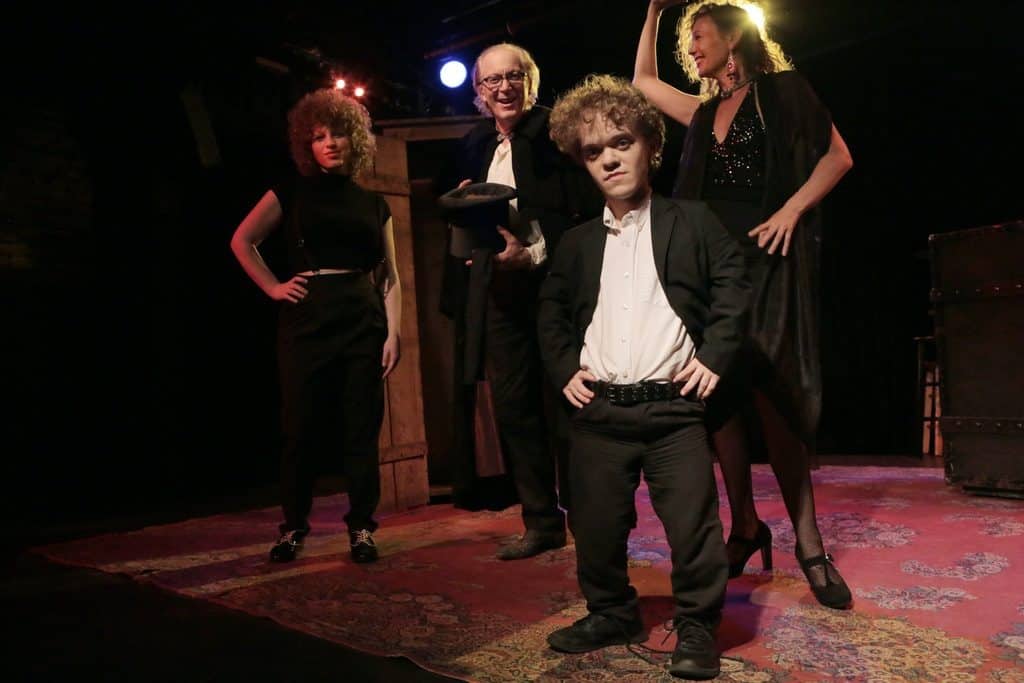 This is a repost of our review from Fantasia 2019. Black Magic for White Boys will be available on VOD platforms Friday, July 3rd.

Onur Tukel’s latest dark comedy sets its sights on the growing problem of gentrification in New York City with Black Magic for White Boys, a dry, gritty love letter to a city in danger of losing its identity.

Tukel originally developed the story as a series, which screened at the Tribeca Film Festival a few years ago, but has since filmed nearly an hour of additional footage and cobbled it together into a feature. Surprisingly, the structure, which follows a group of interconnected New Yorkers, works incredibly well and doesn’t suffer due to the change in format.

Ronald Guttman plays Larry, a struggling magician who decides the best way to boost attendance is to start performing real magic from a mysterious book he acquired years prior. Although his wife warns against him dabbling in the dark arts, something he did in the past that nearly drove him mad, the last thing he wants is to have to resort to hosting an open-mic night, so he uses the book to make audience members actually disappear. 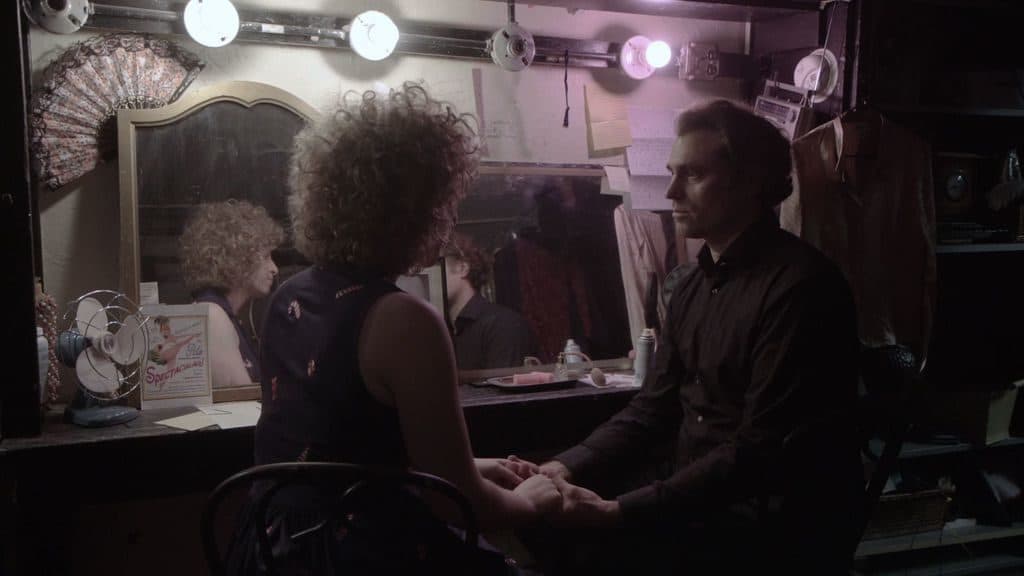 One of those audience members is Jamie (Jamie Block), a real estate bro who’s trying his best to buy up as much cheap property in the city as he can and pricing people out of their homes. He’s accompanied by a friend Oscar (Tukel), an aimless man living off inherited wealth whose relationship is on the rocks.

Tukel’s low-budget vibe fits right in with this story, with cinematographer Jason Banker returning to collaborate with Tukel once again to portray a truly authentic New York experience. The style is scrappy, yet assured, placing the focus on character rather than look, throwing out gobs of dialogue, while keeping a natural, organic cadence. 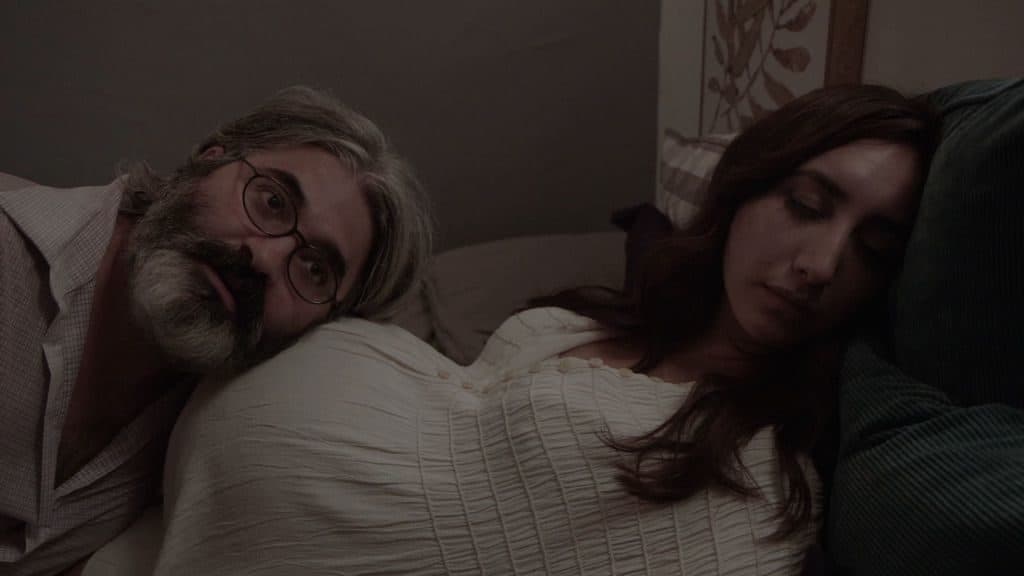 After Jamie witnesses the real magic that Larry has, he hires him to help make his problem tenants disappear, knowing not where they go and only that they no longer occupy the building he’s attempting to buy. Meanwhile, Oscar discovers that, much to his dismay, his girlfriend is pregnant and is grappling with the idea of using the book to make her fetus disappear without her knowledge.

The episodic nature of the film shows through during the frequent asides that take place with the tenants in one of the buildings that Jamie owns and one for which he’s attempting to raise the rent. Although this feels disconnected with the overall narrative, it proves to be an important element to show the individuals affected by the rapid gentrification of neighborhoods and the damage it can cause to the families who have lived there for generations. 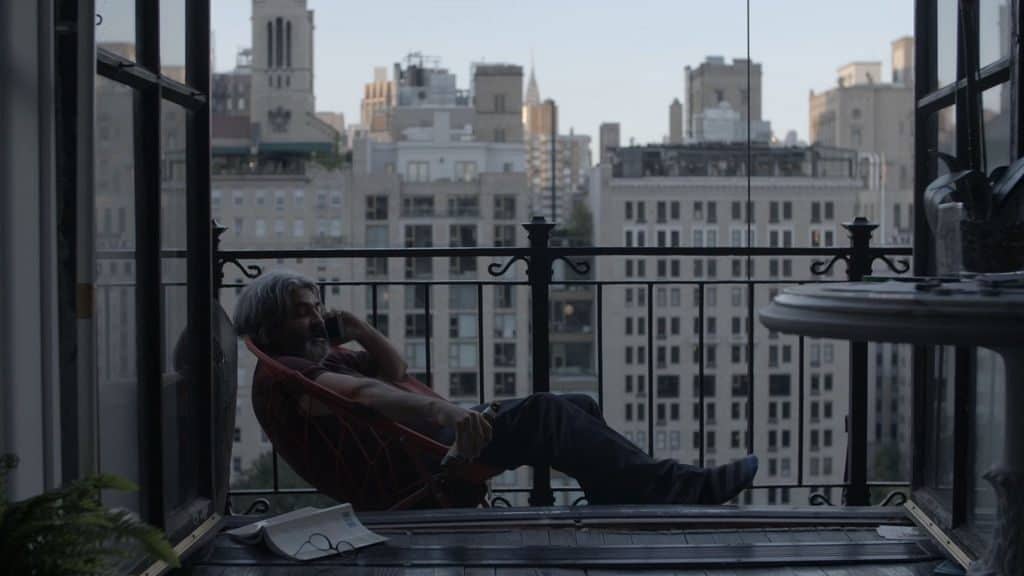 Those who are fans of Tukel’s previous efforts will find themselves in familiar territory here and will likely enjoy what they see. Those who find his work (or Tukel himself) to be too grating or awkward will likely also find Black Magic For White Boys to be the same, but as a fan of his work, I found this to be one of his most enjoyable efforts to date.