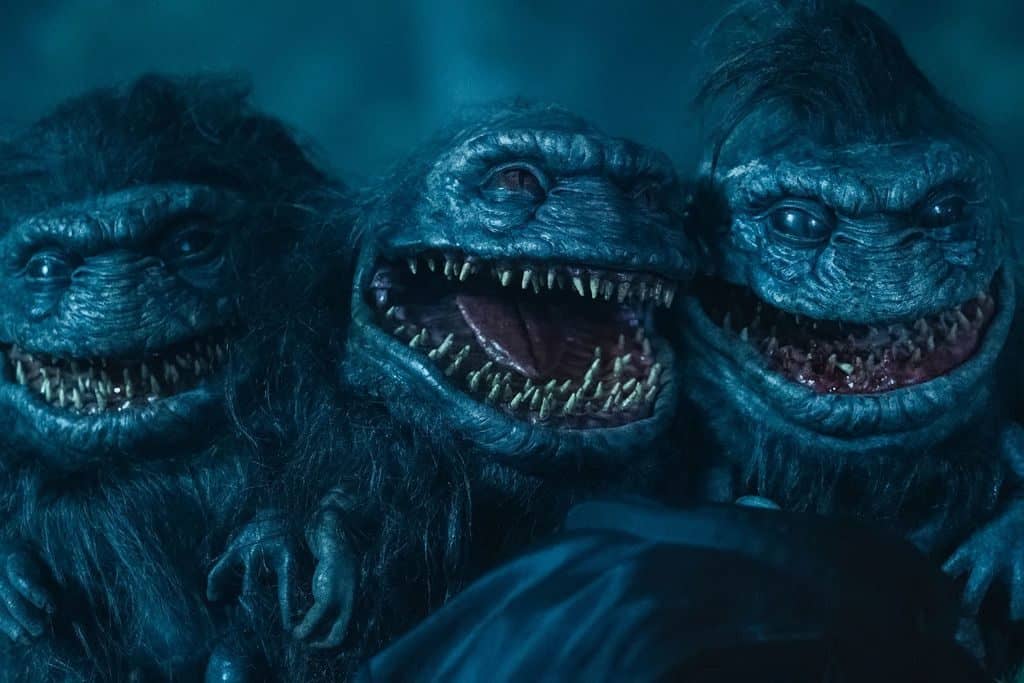 Critters Attack! had its world premiere at Fantasia Festival 2019 in Montreal. It will be available on VOD platforms July 23rd.

Critters was always a horror franchise for which I had a nostalgic fondness, ever since my dad and I watched Critters 2 many moons ago. After the customary space-based sequel, Critters 4 (which was notably bad but did star Angela Bassett), the series lay dormant until earlier this year. Shudder released a new TV series centered around the furry little aliens, titled Critters: A New Binge, which was…not so great. Now, the critters are headed back to the movies with Critters Attack!, but it’s far from the glowing return that literally tens of us had hoped for.

Directed by Bobby Miller, who released another creature feature last year’s (an inventive little thriller called The Cleanse), Critters Attack! stars Tashiana Washington as Drea, a young woman who just received her second college-rejection letter and reluctantly agrees to babysit for a professor who’s on the board of admissions in order to hopefully get into her good graces.

While this is happening, a spaceship full of critters crash lands in the woods (why is it always a forest?) and begins invading the town, killing everyone in their path. While hiking in the woods, Drea and her young companions happen upon a critter that looked different from the rest: cute, friendly and…white. 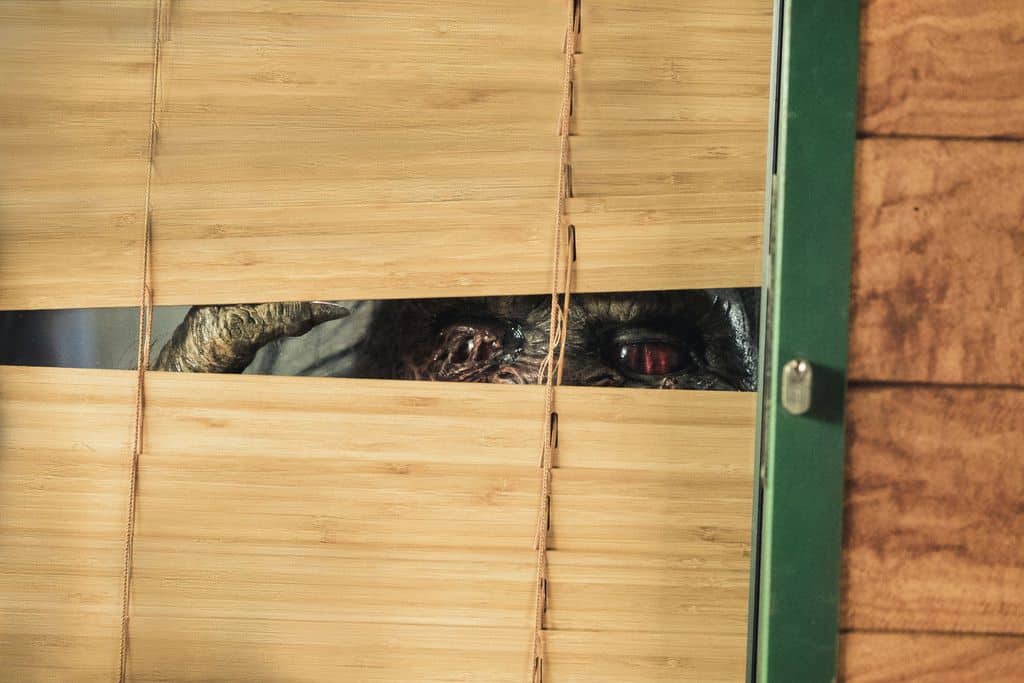 For some reason Drea agrees to let a girl in her care bring it into town, but not before allowing her to simply dump out the entire contents of her backpack on the forest floor and just leave the litter there with little regard to the environment. Unfortunately, the main set of critters, the ferocious black ones with red eyes, set their sights on Drea and her posse.

It was truly shocking to learn that the writer behind Critters Attack! is Scott Lobdell, who previously penned the outrageously fun Happy Death Day, only to completely fall asleep at the wheel for this one. Messy doesn’t begin to describe the manner with which Critters Attack! is laid out, with some characters getting entirely too much unnecessary back stories, and others, like Dee Wallace bewilderingly coming back to the series in a different role and emerging like Sarah Conner with alien weaponry to save the day, getting far too little.

The dialogue is ham-fisted and unnatural, making the entire effort appear more like a low-budget teen drama created by an agoraphobic man who no longer has any frame of reference for how people in real life actually speak to one another. This feels like something one would see on The CW before it got canned after four episodes and moved to CW Seed or, more appropriately, a cheap, low-effort SyFy original, which I later learned this is. 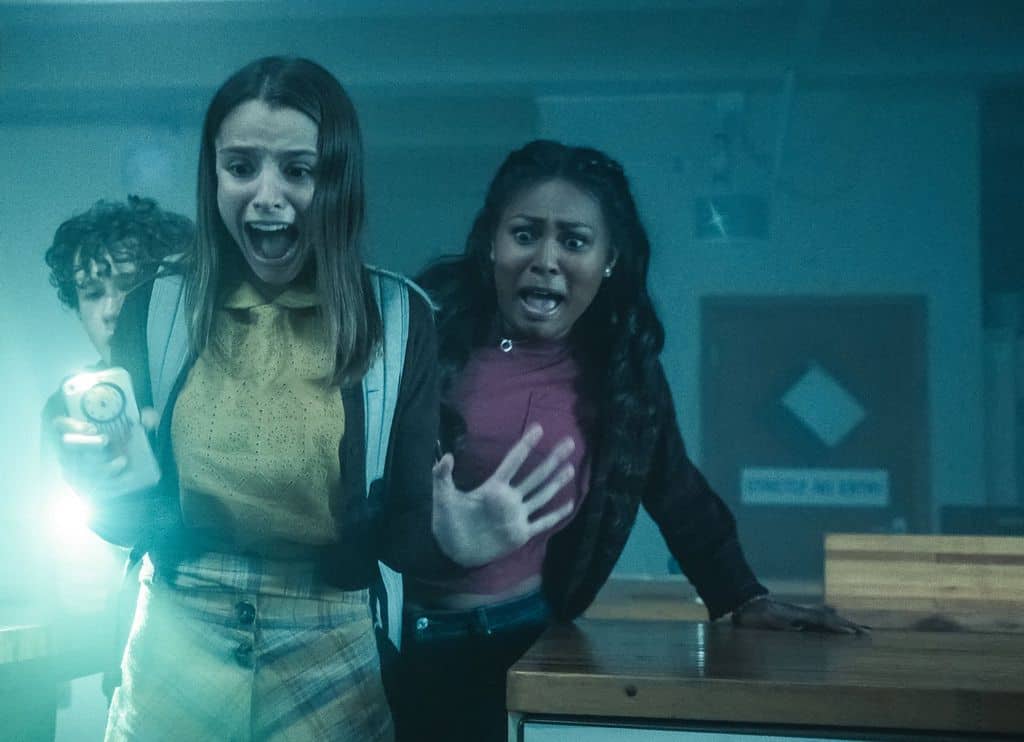 It’s notably gorier than the original Critters movies, which all previously carried a PG-13 rating, but it’s nothing that deviates too wildly from the source material. The creature design and effects work is all done practically, a nice choice, and while the puppets look slightly dated, there’s an undeniable charm that harkens back to the wonderful creature features of olde. It’s actually impressive how close the movement and design of the critters are to their ’80s counterparts.

Sadly, that’s not enough to save the film from some incomprehensibly lazy plot decisions that add up to a painful experience. The decisions of the characters often feel to exist only to service the plot, like when Drea and the kids go to see her cop uncle to inform him of the alien attack. Of course, he doesn’t believe them. Then, bewilderingly, instead of showing him the actual alien that is conveniently contained within the aforementioned backpack, they simply turn up their noses and leave. Worse yet, this happens again a few scenes later.

Critters Attack! is an ’80s throwback that should have been left in the past. It’s a cheap cash-in on the new trend of rebooting older franchises but it doesn’t introduce anything new or creative. With its half-baked script and shaky performances, Critters Attack! fits well within the pantheon of SyFy dreck alongside Sharknado and Piranhaconda.