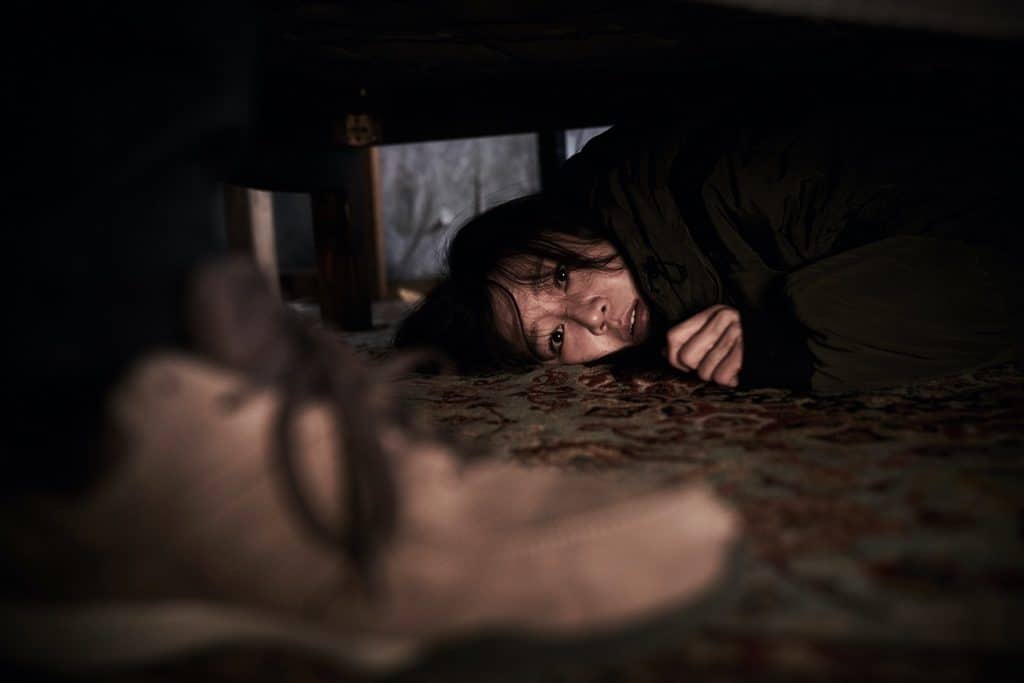 Door Lock made its North American premiere at the 2019 Fantasia Festival.

While watching Kwon Lee’s expertly paced thriller, Door Lock, I was reminded of the similarly dark Spanish film Sleep Tight by Jaume Balagueró. It wasn’t until after the film that I learned that this is indeed a remake of that film, although the tone and a few key elements have been changed, carving out its own path.

Kong Hyo-Jin stars as Kyung-min, a woman who, despite changing the code on her apartment lock several times, believes that someone may be trying to break in at night. What she doesn’t know is that man has already infiltrated her home and regularly sleeps with her, showers in her bathroom and even uses her toothbrush. At first, the police are reluctant to get involved, but after one of her co-workers dies in her room, they realize there’s something terrible happening. 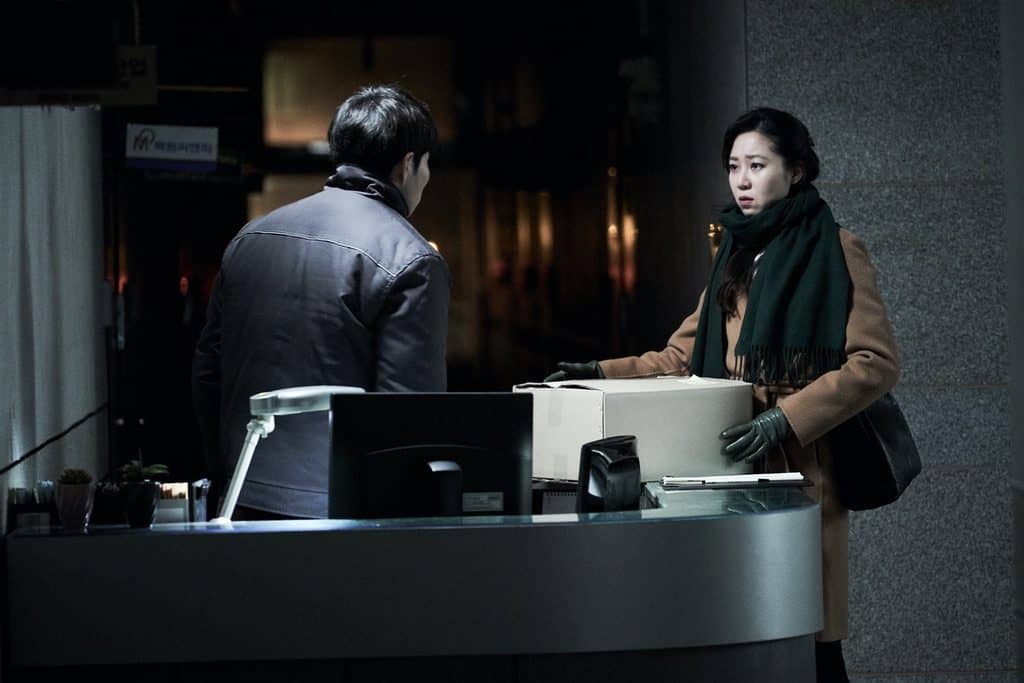 To make matters worse, a disgruntled patron of the bank she works at begins stalking her as well, shattering her already fragile sense of security. Hyo-Jin delivers a strong performance as Kyung-min, effortlessly portraying the constant fear one would feel knowing that even the most private and safe place you have, your own home, has been compromised. This, on top of problems at work and the police offering little to no assistance other than not so subtly implicating her in the death of her co-worker, and she’s reaching her breaking point.

Door Lock keeps the focus on Kyung-min as she desperately tries to uncover the identity of the killer who has seemingly set his sights on her, a contrast from the original film, which significantly changes the tone from a dark, depraved horror story to a tightly wound thriller, evenly increasing the suspense as Kyung-min gets closer to the truth. 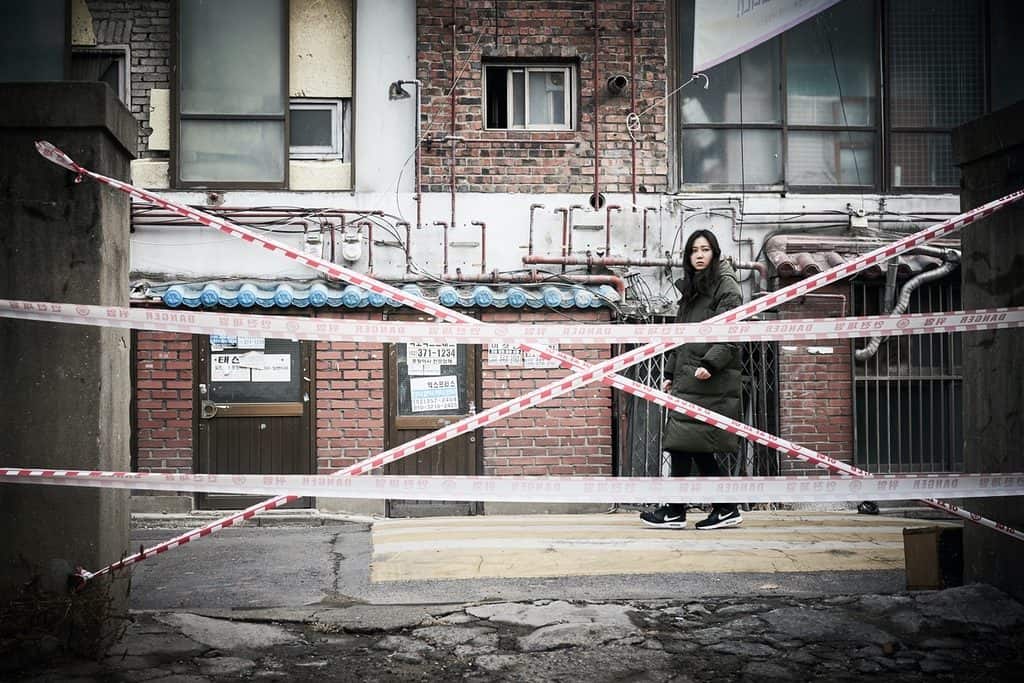 The only point of frustration in an otherwise skillfully crafted thriller comes from the utter ineptitude of the police, who don’t seem to care for Kyung-min or her safety even after they discover the man who died in her apartment was murdered. It’s understandable that at least some autonomy from the police is necessary to further the plot, but the amount of times she’s put into harm’s way with no recourse from the authorities is maddening.

Door Lock is a well shot and at times fiercely creepy thriller that almost acts as a companion piece to Sleep Tight, and while I wouldn’t say it reaches the same heights as the original, it deviates enough from the source material to feel like its own story. With the addition of some really intense sound design, Door Lock is a high-quality thriller that will make you think twice about how safe you are in your own home.