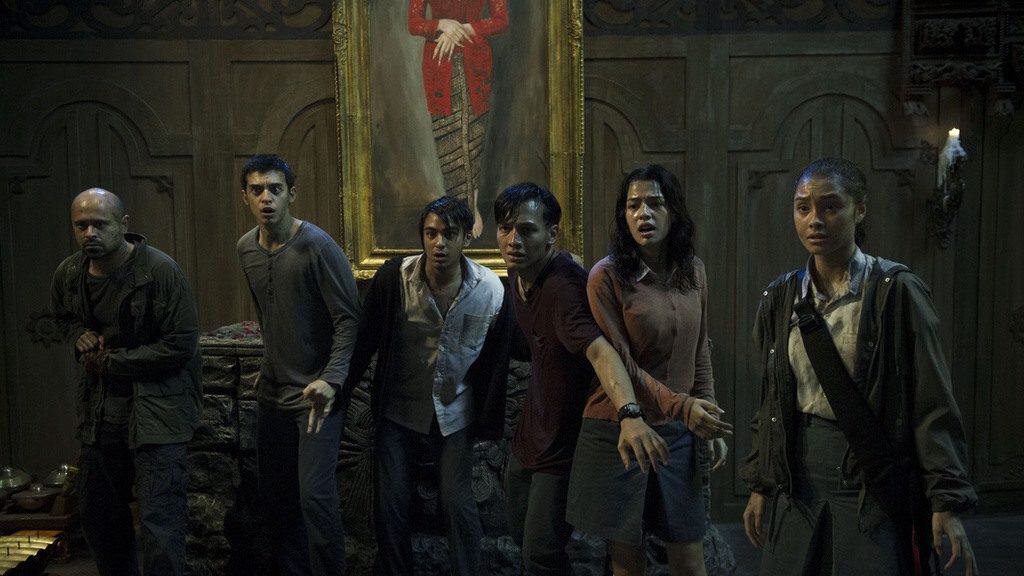 Dreadout made its North American premiere at Fantasia Fest 2019.

Kimo Stamboel (one half of the Mo Brothers) aims to break the video-game-movie curse with Dreadout, a high-energy Indonesian horror film that is based on the popular PC game of the same name and that piles on plenty of spooks and scares. Despite an attempt to be the second film this year to challenge the curse, the end result is sadly a shallow title that misses the mark and winds up being another casualty of the game-to-film adaptation.

Dreadout involves a group of social-media-obsessed teens who decide to livestream their exploration of a creepy, abandoned apartment building, only to find a demonic presence within its walls. Caitlin Halderman stars as Linda, a young woman who succumbs to peer pressure to join the group after they claim they need her connection to the building’s security guard, who just happens to be her uncle. 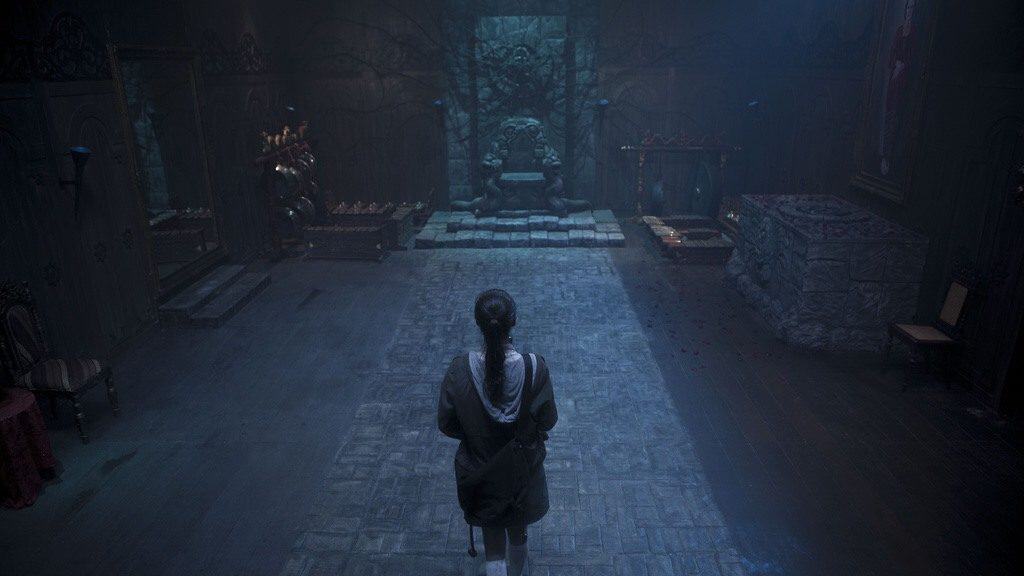 After some playful joking, they wind up in a room that contains some cryptic pieces of paper that appear blank to everyone but Linda, who begins having a strange reaction to the place as if she’s somehow connected to it. After playing with the paper some more, a giant, black pool opens in the middle of the room, and Linda and her friend Jess are sucked through to a parallel world inhabited by all manner of ghouls and spirits looking to end the teens’ lives.

Where Dreadout immediately falls short is the handling of its ensemble cast. There are no more than six people in entire the cast, but they’re so woefully underdeveloped that most of them are indistinguishable. Sure, one guy is far more obnoxious than the others, but aside from Linda and maybe Jess, the friends play a fairly inconsequential role, making it difficult to root for their survival. By and large they just annoyingly scream and cry while huddled together in a group and paralyzed with fear. Maybe this is something that would happen in real life if one witnessed what they did, but it doesn’t make for a very entertaining movie experience. 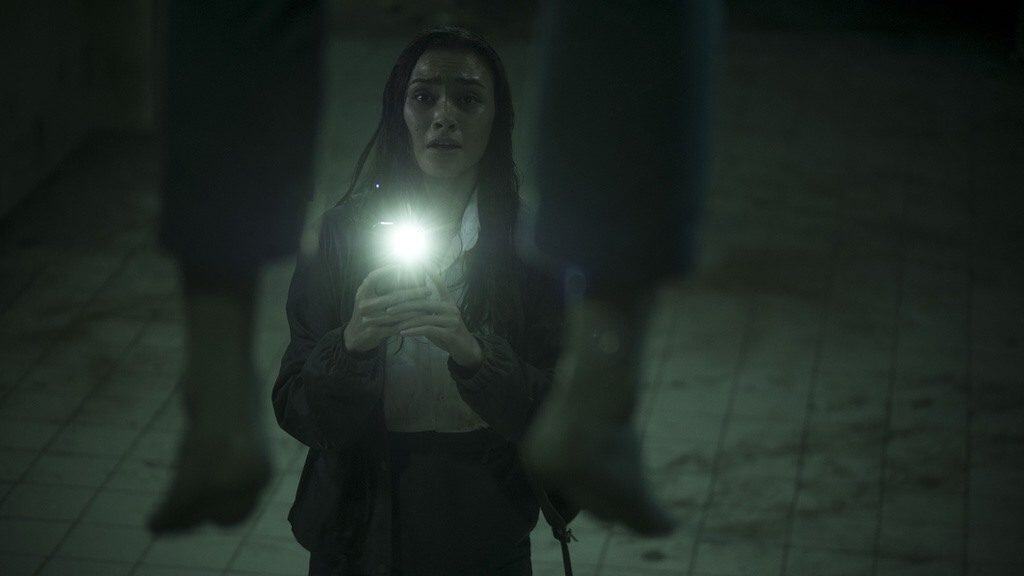 Like its video-game counterpart (which I admit I have never played but have seen several videos of), the film is mostly comprised of random encounters with spooky creatures. These monsters are a mixed bag, sometimes telegraphed and standard and sometimes cleverly shot and incredibly atmospheric.

Linda is the only person who seems to have the ability or wherewithal to fight back against the evil descending upon them, using her cell phone camera to see certain entities who aren’t visible to the naked eye and utilizing the camera flash to injure them. This mechanic may sound familiar to those who played the Fatal Frame series, and it’s something Dreadout the game adopted as well. It is an element that would work better had there been more logical consistencies with the rules of this world. 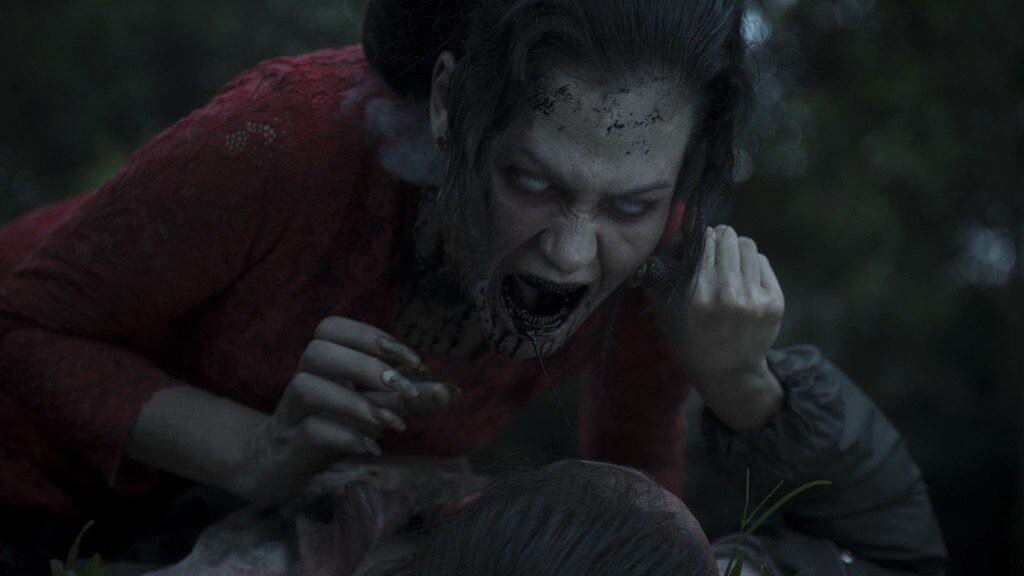 Stamboel seems to draw a heavy amount of inspiration from Evil Dead in Dreadout, with the look and attitude of the demons, the camera work and certain thematic elements paying homage to the Raimi classic. This is effectively done for the most part and shows that Stamboel has skill and talent that is beyond the material he’s working with in this film. Some of the cinematography is genuinely great, with some very creative camera shots evoking the striking movements of his time working with Timo Tjahjanto.

Dreadout isn’t without its charms, but the grating, surface-level characters and uninteresting narrative make it a horror title that has some fun set pieces but offers little in the way of lasting power or memorability.