The official poster has been revealed for this year’s Fantasia International Film Festival, which will be celebrating its 23rd year from July 11 – August 1. Those looking to submit their film for this year’s festival have until May 2nd, so if you want to get in on the action head over to fantasiafestival.com/en/submissions.

Montreal, Thursday April 11, 2019 – The Fantasia International Film Festival returns July 11 to August 1, 2019, to celebrate its 23rd edition. This Summer will again see three weeks of festive screenings, exciting premieres, and activities for both the public and industry professionals.

Fantasia programmers are currently hard at work curating a memorable selection of films. Directors, producers, and industry professionals have until May 2 to submit their titles. Information and conditions related to submissions can be found on the festival website at fantasiafestival.com/en/submissions.

Since 2011, the majority of Fantasia’s artwork has found inspiration in a traditional Quebec tale – the legend of Trois-Pistoles’ black horse, Le Cheval Noir. Throughout the years, other fantastic characters have joined the roster, such as last year’s fan-favorites: a luchador pug and enormous flying cat, who proudly return alongside Le Cheval Noir.

This year, the festival again partners with artist Donald Caron, whose work has represented Fantasia for the last eight years. With so many iconic science-fiction films taking place in 2019 – including BLADE RUNNER, AKIRA, THE ISLAND, DAYBREAKERS, and THE RUNNING MAN – this year’s poster is set in space, proudly highlighting the historic link between 2019 and the magical world of sci-fi. 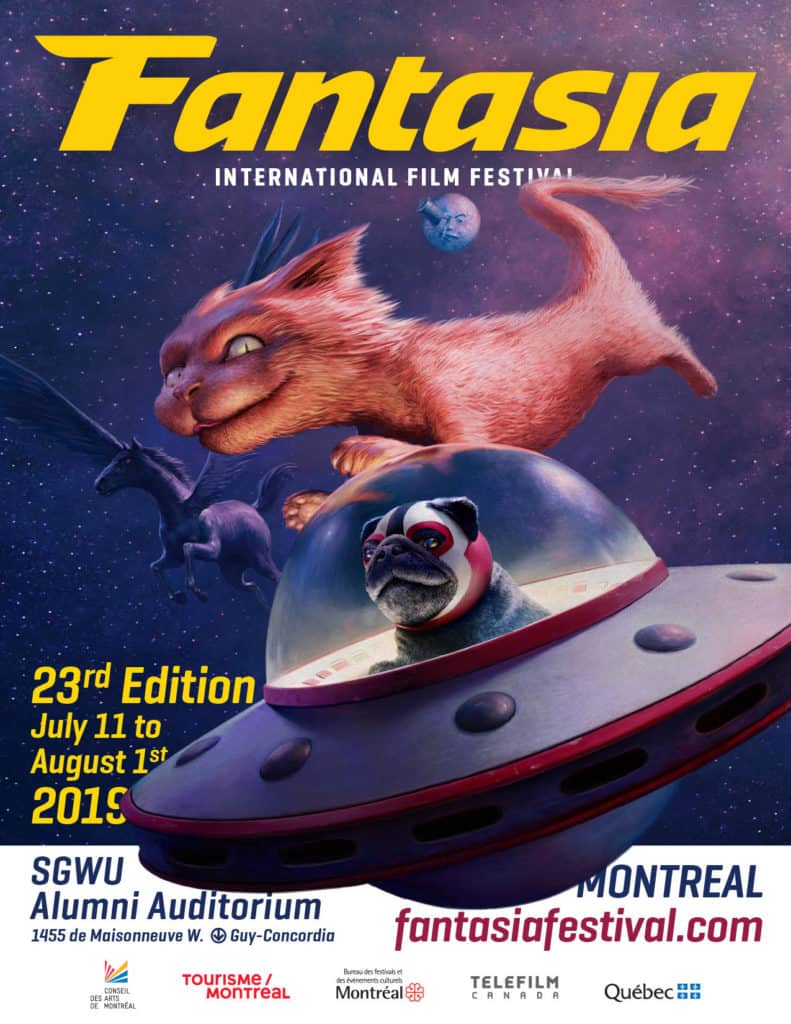