A new trailer has been released for Jovanka Vuckovic‘s Riot Girls, which will be having its North American premiere at this years Fantasia Fest in Montreal. The film is set in a world where all the adults have been killed off by a virus, and teens have split into warring factions. Madison Iseman, Paloma Kwiatkowski, Munro Chambers, Alexandre Bourgeois, Ajay Freiese, and Atticus Mitchell star.

Riot Girls will be screening on July 28th at Fantasia before opening in theaters and on VOD platforms September 13th.

Riot Girls is set after a mysterious illness has killed all adults. The town of Potter’s Bluff has been divided into two rival factions, the ‘East side’, made up of scrappy scavengers living amongst the ruins, and the ‘West side’ which hoards its wealth in the former high school and is ruled by brutal dictator, Jeremy (Munro Chambers, “Degrassi: The Next Generation”).

When Jack (Alexandre Bourgeois, “Departure”), an Eastsider, is forced to kill two Westsiders while on a scavenging mission, he is captured and taken back to the West side where he awaits public execution. Jack’s sister, Nat (Iseman), and her best friend, Scratch (Kwiatkowski), must cross into dangerous territory if they hope to save him. Their treacherous journey reveals not only the power of their love, but the depths of their courage. 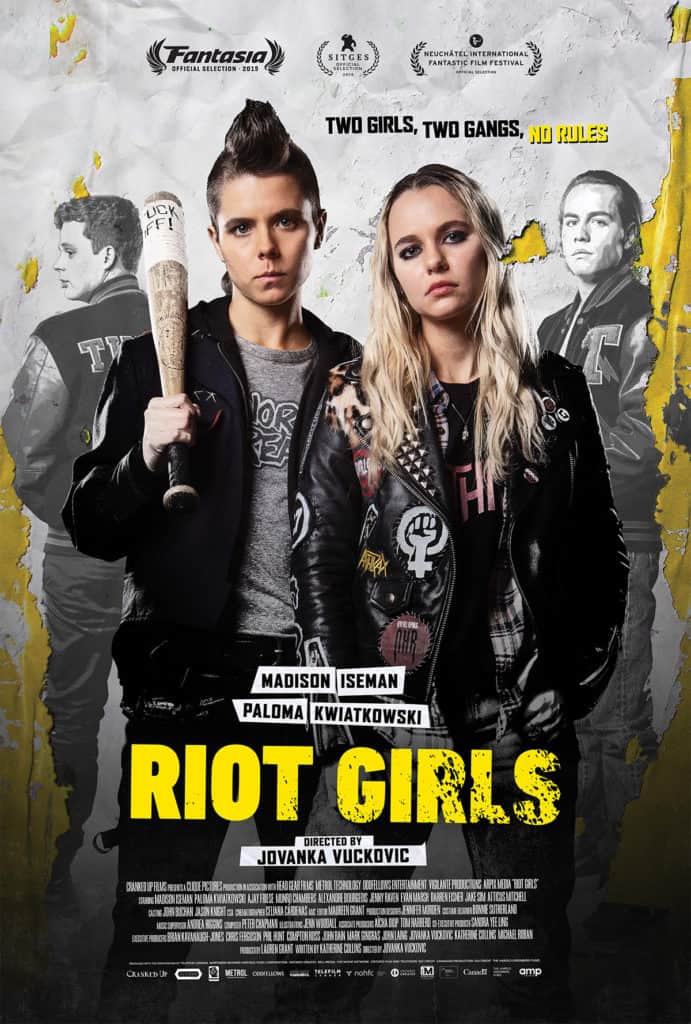