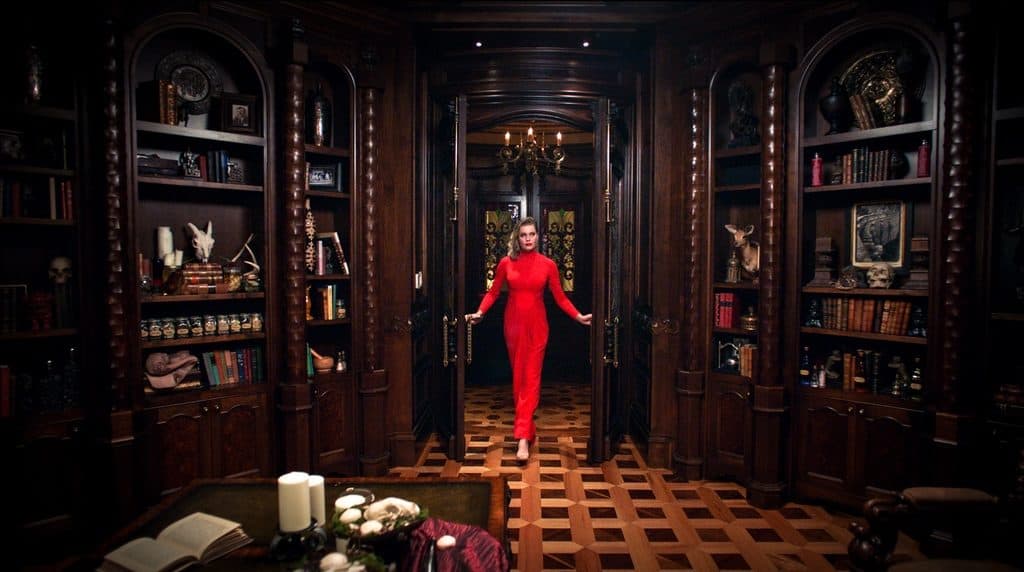 This is a repost of our review from Fantasia Festival 2019. Satanic Panic opens in theaters and on VOD platforms Friday.

Its title is a riff on the satanic panic that America found itself in throughout the 1980s and into the ’90s, a perceived epidemic of individuals practicing devil worship that would lead to the eventual moral collapse of civilization. Not only does the film indeed feature satan worshipping and a fair amount of panic to be had, but it also pokes fun at the rich elite who tend to be the ones who stoke the flames of outrage such as this. 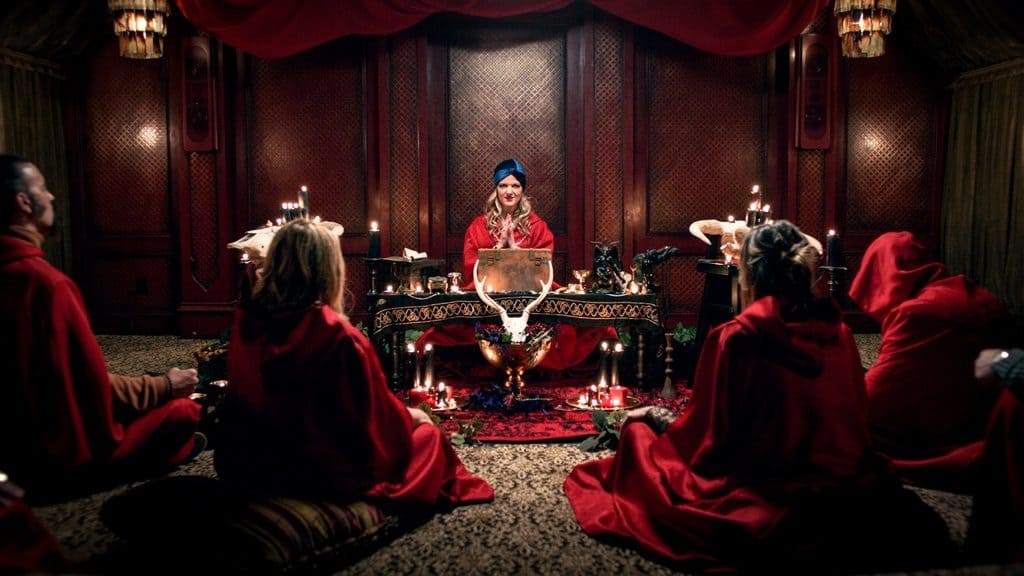 Hayley Griffith stars as Sam, a down-on-her-luck twenty-something who gets a job as a pizza delivery driver but is striking out on tips her first day. Needing the cash, she agrees to deliver a big order to a mansion outside the delivery zone, but after getting stiffed on that tip too and then realizing that her scooter is out of gas, she enters the home in hopes that they’ll give her some compensation.

Unfortunately, the residents of the house are in the middle of conducting a satanic ritual, and it just so happens that they lost the woman they were going to sacrifice; now Sam has become their prime target. Rebecca Romijn plays Danica, the matriarch of the house and the leader of the cult, with real-life husband Jerry O’Connell playing her soul-patched douche of a husband who has been imprisoned and sentenced to death for failing to keep their daughter a virgin for the ceremony.

With its sharp-tongued and quick-witted dialogue from Ted Geoghegan and Grady Hendrix, Satanic Panic is a raucous horror-comedy that delivers equal parts clever storytelling and gallows humor, quickly ramping up the insanity and continuously topping itself as the runtime sprints forward. 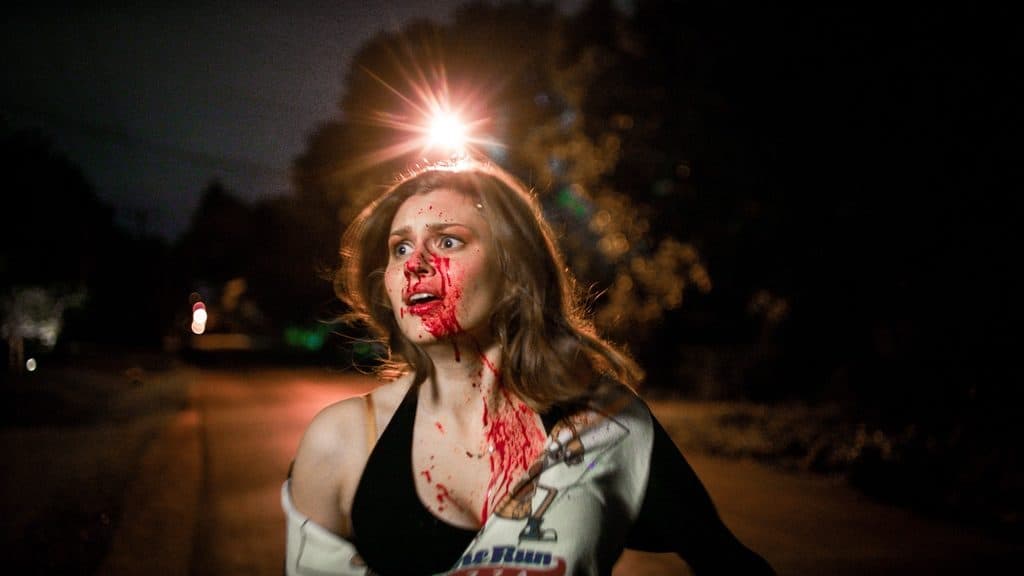 The concept of rich white people doing nefarious things is something we’ve seen in cinema time and again, but somehow with Satanic Panic it doesn’t feel tired or played out, perhaps simply because of how over the top everything is. The film poses the theory that the reason the rich stay rich is because they all have a pact with the devil, and all the families who live in this lavish gated community are part of the same coven.

Gore-hounds will find a lot to like here, with tons of outrageous, stomach-churning moments, all presented using practical effects – from dismemberments to disembowelments – to a particularly unsettling worm-vomiting scene. Satanic Panic is an absolute blast and is highly recommended for any horror fan. The well-written script and its solid cast of characters who completely commit to the out-of-control narrative and copious amount of campy gore make this easily one of the most fun horror experiences I’ve had this year.