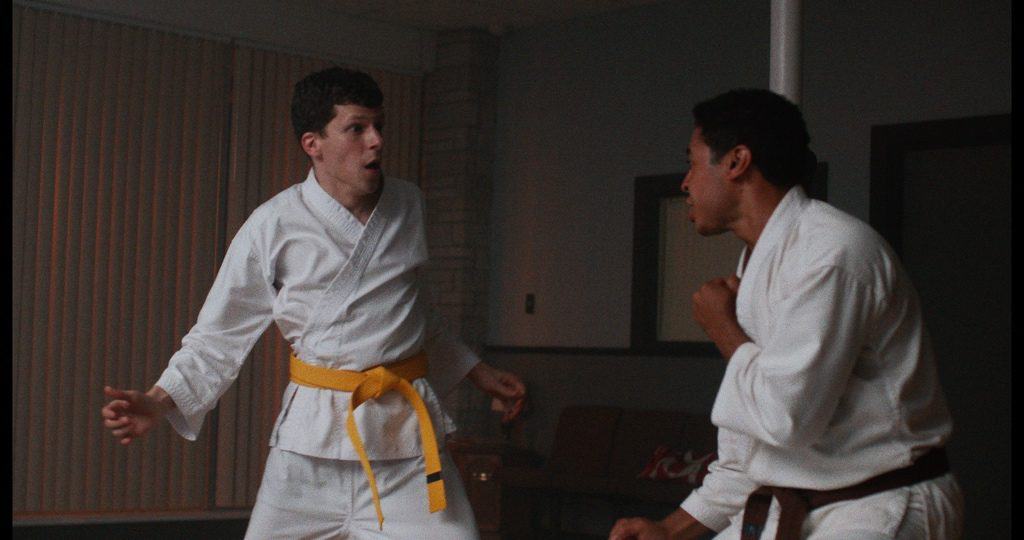 The Art of Self-Defense is screening at Fantasia 2019 and opens in limited released July 12th.

In his follow-up to the dry comedic gem Faults, Riley Stearns’ latest is a dark, hilarious, absurdist comedy tackling the topic of masculinity, mostly of the toxic variety. The Art of Self-Defense is both a tragically funny, satirical exploration into what it takes to “be a man” and a complex character study of how these elements adversely affect a once mild-mannered individual.

Jesse Eisenberg is perfectly cast as Casey Davies, a soft-spoken accountant who has a feminine-sounding name, a little dachshund as a pet and a general fear of other men. He feels intimidated by everything, always feeling unsafe and never able to stick up for himself, what many see as the polar opposite of traditional American views on what a man should be. 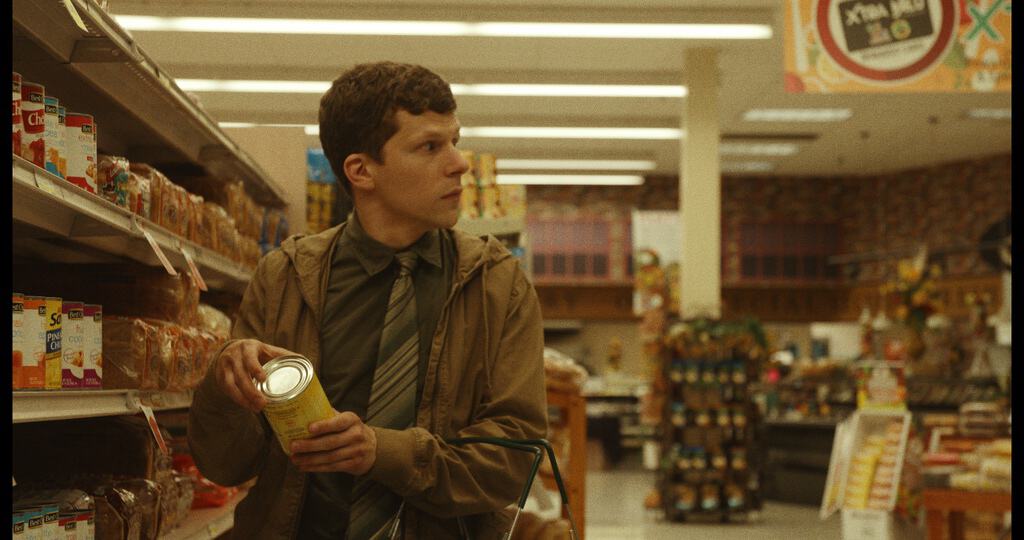 One night, while walking home after picking up dog food, he’s brutally assaulted by a group of marauding bikers and nearly killed. This exacerbates his fear and insecurity and after first considering the purchase of a firearm, he happens upon a karate dojo and decides to give it a go. After meeting the charismatic Sensei (Alessandro Nivola), Casey is convinced these classes are what he needs to become the very thing that intimidates him, as he puts it.

On the surface, the classes appear straight forward enough, similar to any stripmall karate studio you’d see in just about every town in the country. They teach children and adult classes, with the former headed up by the studio’s only female instructor, Anna, played by Imogen Poots. 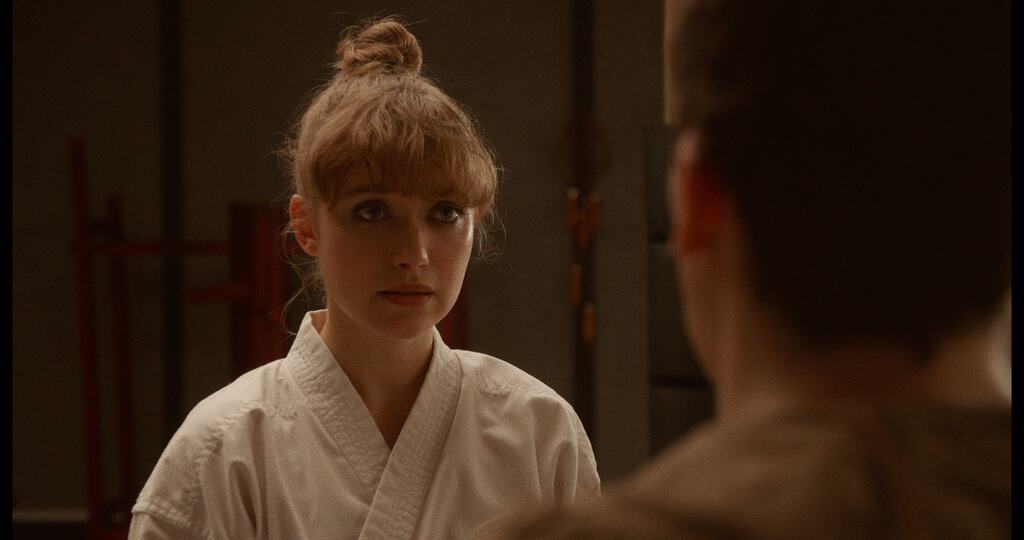 Casey immediately becomes enamored with the culture and Sensei’s rigid teaching style and masculine wiles. He starts off as a white belt but quickly earns his yellow belt, and with that begins showing more confidence at work and throughout his daily life. He’s able to stand up for himself, and he becomes infatuated with what the belt represents.

Casey begins buying up all the yellow products he can find, and he gets custom belts made for himself and the rest of the adult class so they can always be representing their color. This newly formed level of masculinity consumes Casey, and as it begins adversely affecting his life, darker truths about the studio begin to bubble to the surface. 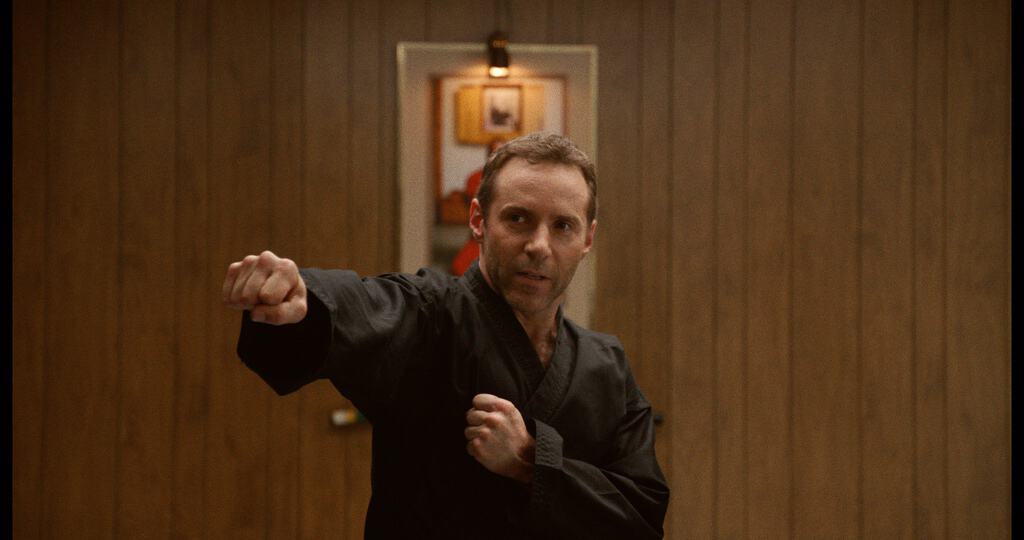 There’s no better way to represent a transition from a timid, kind softie to a hard brutish man’s man than to frame the topic around a karate dojo, where (as Casey sees it) every belt represents the next step in becoming the most masculine being possible. This is a constant issue for Poots’ character. She is always considered less-than due to her femininity, never able to achieve the coveted black belt despite being the senior-most student and easily able to kick everyone’s ass.

Stearns carries over the dry, colorless palette that he so gracefully employed in Faults to great avail in The Art of Self-Defense, displaying a drab, tacky world that seems to have no sense of place or time. Perhaps this could be viewed as a comment on the outdated and irrelevant representation of what it means to be a man in modern society that’s so starkly criticized in the film, but I suspect it’s just because Stearns has a fondness for the bleak beige ugliness seen seemingly everywhere. Either way, I love it and hope all his projects carry the same visual style and tone. 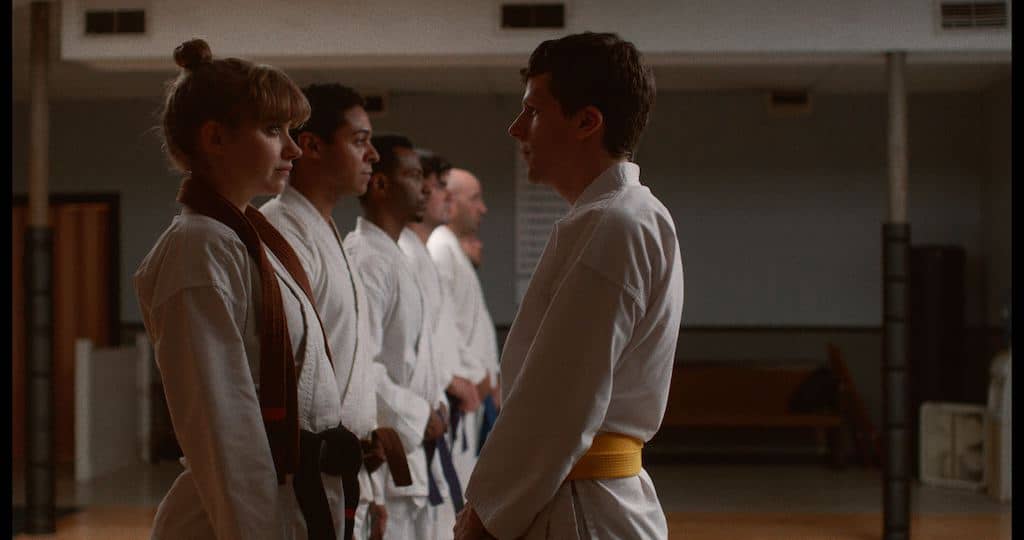 Another carry-over from Faults is the dry and facetious comedic style, but the humor is more overt and comes at a greater pace, with nearly every line of dialogue containing something hilarious and quotable. Everyone speaks in a stilted monotone, doubling down on the absurdist nature of the film, evoking ideas of what it would be like if Quentin Dupieux directed Fight Club. Certainly destined to become a cult favorite, this is a title you’ll want to recite lines from with your friends and easily warrants multiple viewings.

With its surprisingly dark turn and impeccable script, The Art of Self-Defense is a wonderfully crafted and memorable comedy that will no doubt stay with you long after you leave the theater. Personally, I can’t wait to watch it again as soon as possible.