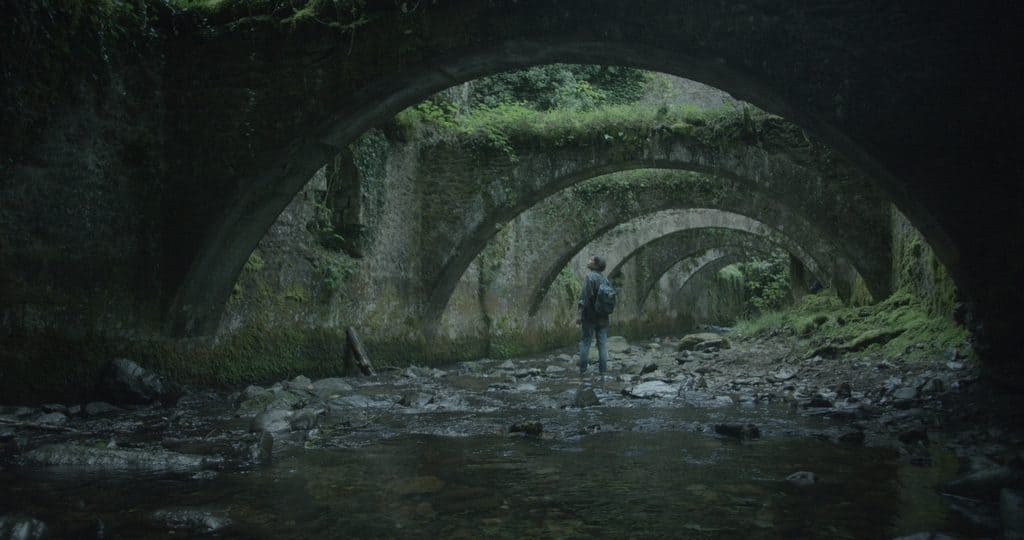 The Incredible Shrinking Wknd made its North American premiere at Fantasia 2019.

The time-loop movie is a concept we’ve seen multiple times over since Groundhog Day popularized it back in 1993, and director Jon Mikel Caballero is aiming to put a new spin on it with The Incredible Shrinking Wknd. While the concept is sound, the film does little to breathe new life into the time-loop mechanic and instead opts to simply curse the most uninteresting person possible.

Iria del Río stars as Alba, a woman who just turned 30 but is trying desperately to retain her carefree, youthful vigor by partying hard and not taking anything too seriously. On a weekend retreat with her boyfriend and four other friends, she wanders off into the forest and explores some old ruins, which sparks her time-loop odyssey. 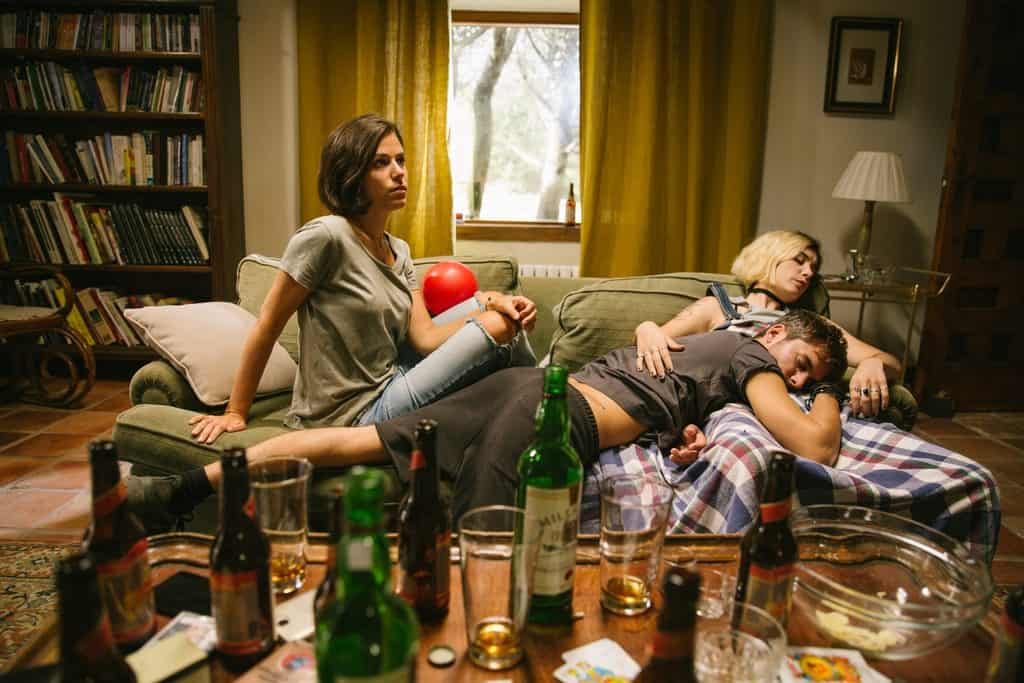 In the  first loop, she believes her friends are messing with her and just wanted to stay at the cabin an extra day, but after the second go around, she realizes that indeed something’s not right. Oddly, she seems perfectly okay with this realization and uses it as an opportunity to party harder than before and to be more bold, not seeming to have any concern for the predicament she finds herself in.

An element of this style of film that can easily become grating is the idea that we, the audience, have to witness the same scenes played out every time there’s a loop, a mechanic that is done out of necessity but one that tends to become tired fairly quickly. While The Incredible Shrinking Wknd does a solid job of not rehashing too much of the day without giving us some new content, the lackadaisical reaction from Alba provides its own annoyances when she just uses it as an excuse to get drunk and do drugs.

There are two items that set Wknd apart from many other films of this ilk, one being that her body doesn’t reset when time does. This is something we saw a bit of in Happy Death Day, when Jessica Rothe’s character, Tree, realized the many deaths she endured began taking a toll on her body. Alba will encounter the loop and will still be drunk or begin to stink due to lack of bathing. This is an interesting element but not one that’s explored very deeply or bears any merit on the narrative as a whole.

The other, perhaps most intriguing, aspect of Alba’s time crisis is that each loop is getting shorter by an hour every time it happens. After half a dozen or so resets she figures this out and decides she must do something before she runs out of time. 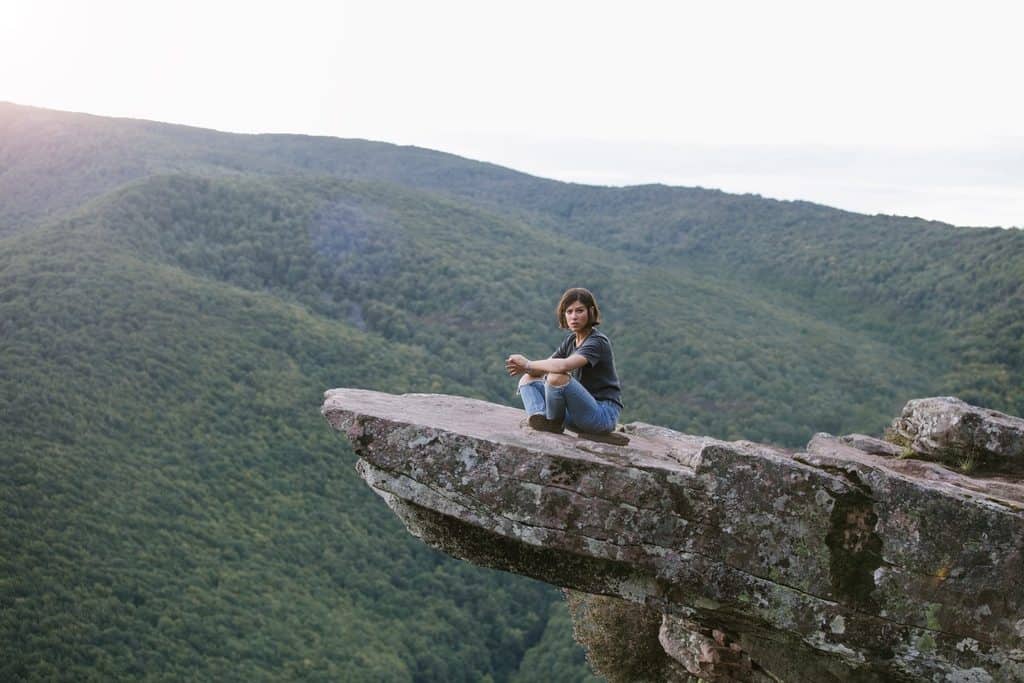 A through line to the film, and something that consistently occurs in each loop, is her boyfriend breaking up with her, so Alba decides she needs to change and rekindle her relationship in order to escape her fate, however none of this feels justified or necessarily earned within the context of the plot. Their relationship seems rocky at best, and there’s never really any motivation for the audience to be rooting for them to work it out. This, coupled with the lackluster exploration of the other characters and the overall crux of why this is happening to her, ends up feeling underdeveloped with a finale that fizzles out with no truly satisfying resolution.

Caballero’s decision to slowly reduce the aspect ratio as Alba’s time grows shorter was a brilliant choice. As the constraints on her time tighten, we feel it as well, with an overt, perfectly framed visual representation. This, in addition to the absolutely gorgeous locale and The Incredible Shrinking Wknd makes for a visually arresting film, but its lack of strong narrative prevents it from rising above anything more than just another time-loop movie.