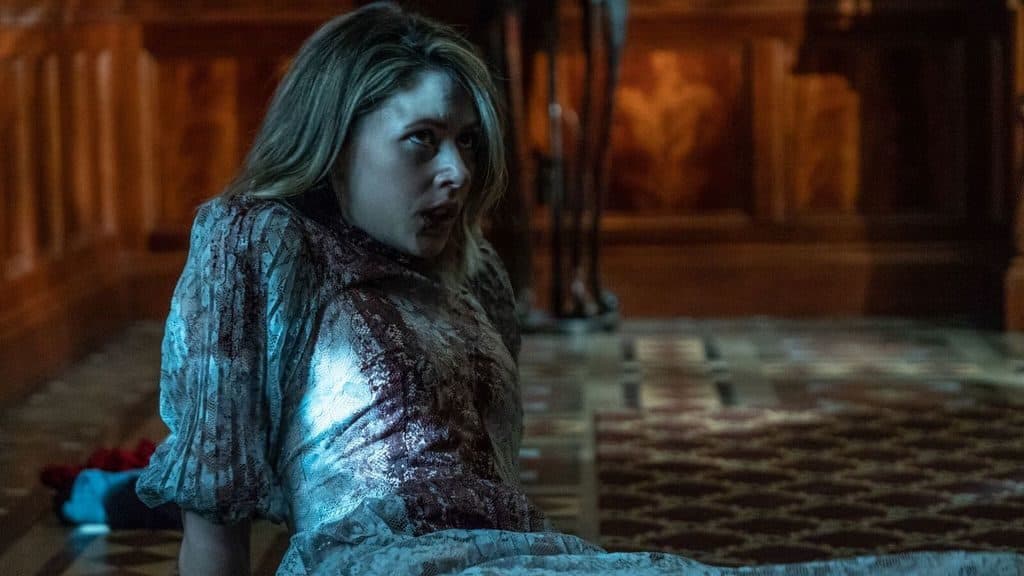 This is a repost of our review from Fantasia Fest 2019. Tone-Deaf is in theaters and on VOD platforms now.

Mixing the colorful, hypnotic hallucinations of Excision and the dark, wry comedy of Suburban Gothic, director Richard Bates Jr. is back with his latest horror story, Tone-Deaf, a satirical look at the growing divide between generations in our country.

A mixed bag of witty humor and on-the-nose commentary, the film stars Amanda Crew as Olive, a jaded Millennial who, after ending a relationship with her boyfriend and getting fired from her job, decides to book an Airbnb out of town for a weekend of relaxation and decompression. She rents a large country home (for some reason) in the middle of nowhere that is owned by a widower named Harvey (Robert Patrick).

Early on, we see Harvey visiting his wife’s grave before staring at us, the audience members, and beginning his diatribe about the laziness of the younger generation and how they’re ruining the country and blah blah blah. This is the first of several fourth-wall breaks, which tend to feel more jarring than clever. 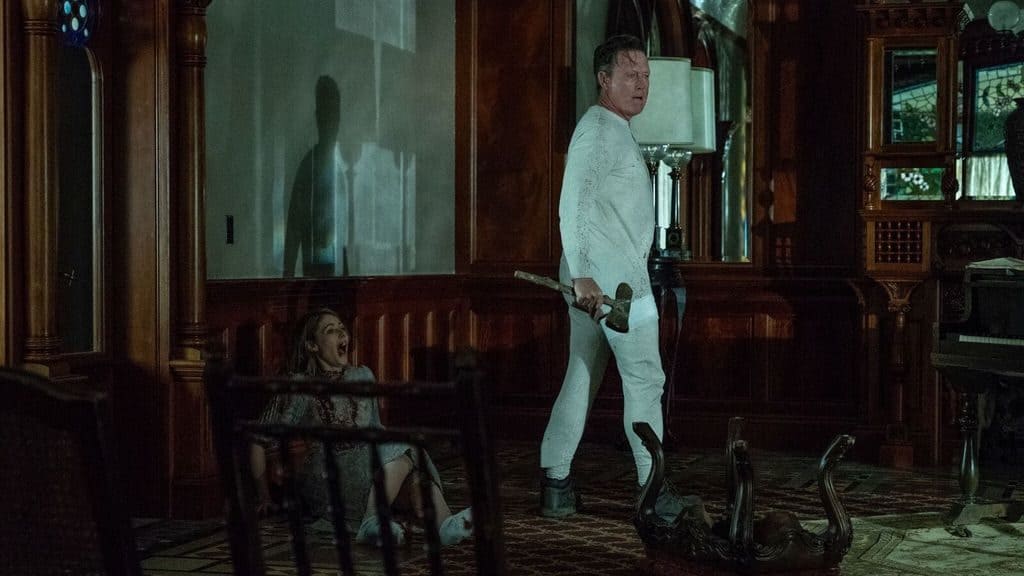 All seems well upon Olive’s arrival, but we quickly learn that Harvey, in his old age, has decided that the one thing he hasn’t done in his life is to kill someone, and unfortunately Olive becomes the target. What ensues is a sardonic, generational showdown in which Harvey attempts to toy with Olive before killing her, but she is proving not to be the fragile snowflake he originally thought she would be.

Bates rolls with his politics on his sleeve in this film, and while he doesn’t shy away from poking fun at Millennial culture, there’s never a question as to who the villain is here. Through dementia or some kind of psychosis after the death of his wife, Harvey has periodic hallucinations that involve giant white rooms filled with blue-colored objects and people.

During these breaks in reality, he’s wearing an all-red suit, making sure we all pick up on the allegory of red versus blue, Republican versus Democrat, if somehow it wasn’t evident before when Robert Patrick was talking to us. To be sure, these sequences looked incredible and added a somewhat-interesting level of surrealism to the film, but it’s too extraneous to add much to the overall narrative. 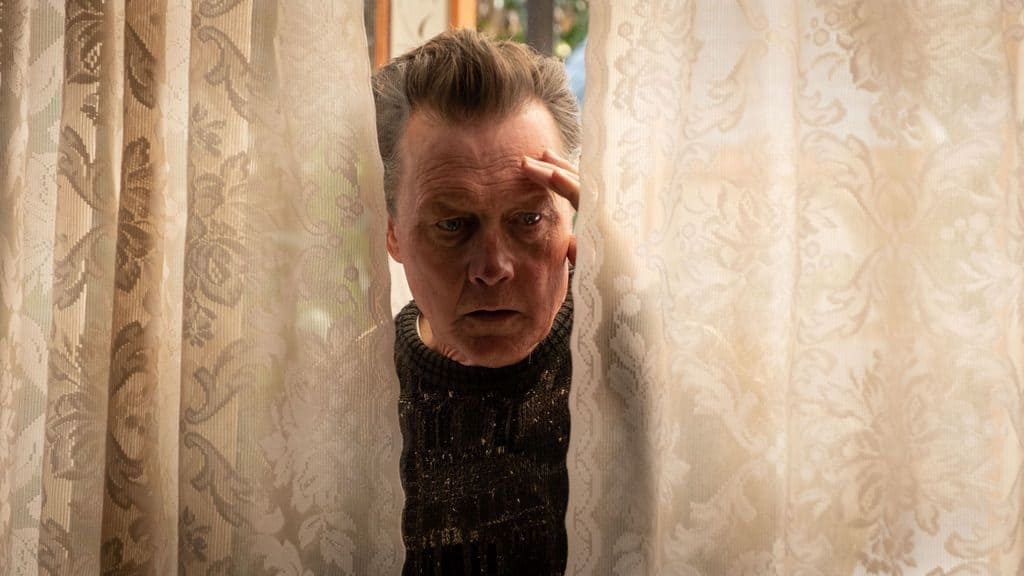 For all its satirical wit, Tone-Deaf doesn’t seem to actually have much to say other than giving a stark visual representation of the cultural divide between Baby Boomers and Millennials. Perhaps it was never the intent to delve too deeply into the growing chasm between generations, but for a film that so blatantly draws light to this increasing turmoil, it does surprisingly little with it.

The title itself could be used to describe what we’re seeing on screen, with the film frequently taking a scattershot tone — never swinging far enough one way or the other to be consistent, never too serious to be an effective suspense thriller, and never too humorous to be a dark comedic social satire. Though misguided, Tone-Deaf is still a fun little thriller featuring two strong leads in Crew and Patrick, but the lack of commitment of its primary components prevents this from being anything but a mediocre affair.