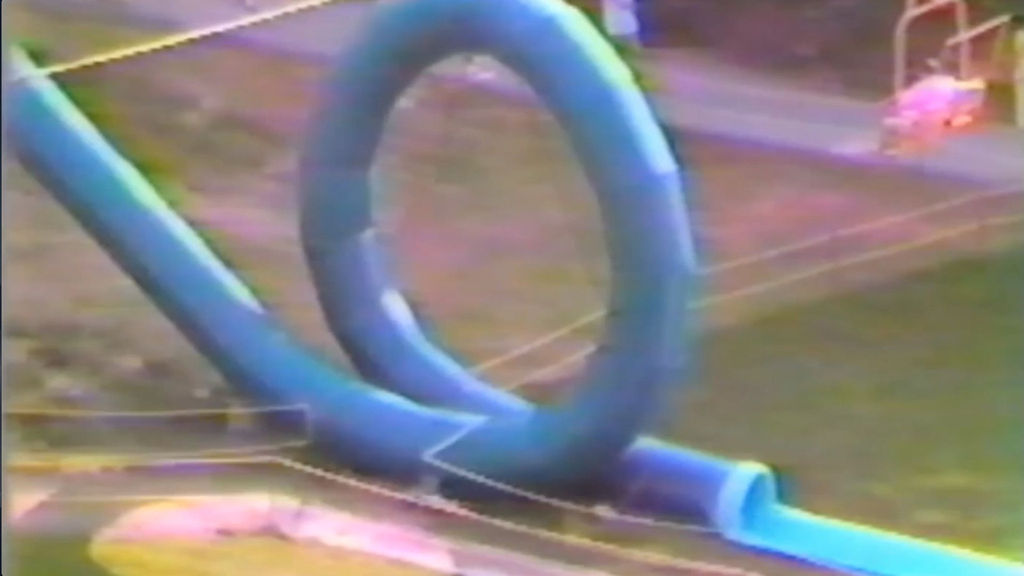 If you were an ’80s kid in New Jersey, odds are you knew about Action Park, the craziest amusement park in existence, known for its insanely dangerous attractions and incredible lack of rules and oversight back then. I heard rumblings about it in my youth but never went myself, and it wasn’t until Defunctland released its video on the place that I became completely fascinated with it. So when I learned Seth Porges and Chris Charles Scott III were creating a feature-length documentary about it, I was pumped.

Considered the most dangerous amusement park on the planet at the time, Vernon Township’s famed amusement park symbolized the last bastion of the reckless ’80s teen culture, when rules didn’t apply and excess was celebrated. At the time it was the world’s biggest waterpark and — by all accounts, owned and birthed by an unscrupulous businessman who put profits ahead of everything else, including safety — and run by a revolving set of teens who absolutely should not have had that much responsibility. The rides were predominantly thought up by the owner, Eugene Mulvihill, and it only takes one glance at some of them to know that no human should interact with them in any way if they care for their safety.

Narrated by the wonderful John Hodgeman, the film is presented in a standard, talking-head style featuring interviews with former park employees and guests and footage from the park, although it would seem not much of it exists as clips are often reused.

Crudely drawn animated sequences recreate some of the more wild moments while interviewees recount some of the craziest moments from the park’s hayday, including the creation of the infamous Cannonball Loop — a water slide that contains a vertical loop at the bottom, something that clearly shouldn’t exist. The animated sequences feel like a bit of a missed opportunity; given the ’80s-centric time period, it could have lent itself to some sequences that fit the style, but alas this is not the case.

The number of injuries sustained at the park can’t be quantified on a yearly, or even monthly, basis, and the staff was told to never report anything that didn’t result in a hospital visit; yet employees estimated at least 50 injuries per day. So many injuries occurred that the township required Mulvihill to purchase his own ambulance to keep on the premises at all times.

The light, humorous tone of Class Action Park is smartly brought down near the final act, however, as it needs to be underscored that real people unfortunately lost their lives at the park, according to witnesses, due to the rampant negligence of the owner and staff (who can’t really be blamed because they were untrained children). Six people were killed following injuries sustained at the park, and Porges and Scott smartly push aside the fun and insanity of the park itself to discuss the real danger it posed to patrons.

The doc discusses the park’s major attractions — like the aforementioned Cannonball Loop; the Alpine Slide, a 2,700-foot concrete luge that guests rode down on sleds that resulted in the death of one guest; and the Tidal Wave Pool, which caused three drownings. But there are several other attractions not mentioned, like the skate park, which was so poorly built and caused so many injuries in its first week that it was buried and its existence was never mentioned again.

Class Action Park is a funny and at times tragic documentary that’s well made but could have used some more creative flourishes to better complement its subject matter. Action Park is a fascinating relic of a bygone era of latch-key kids going out and doing whatever the hell they wanted, and it’s a memory of a time that we’ll likely never see again, for better and for worse.