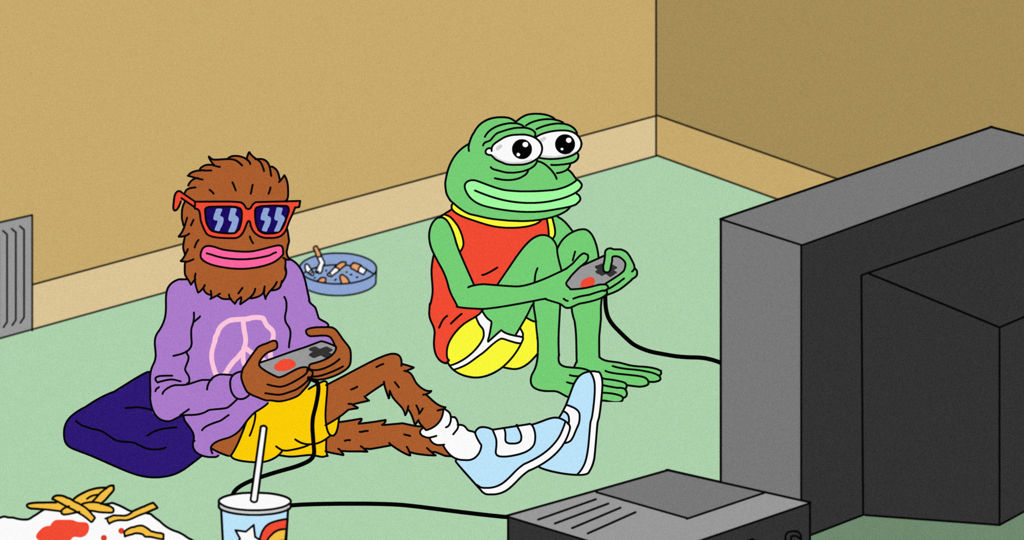 Even if you’re not keeping up with the latest hot internet memes, you’ve probably encountered Pepe the Frog at some point within the last few years. Sometimes happy, sometimes sad and oftentimes smug, Pepe has permeated the zeitgeist in perhaps a more impactful and larger reaching way than any other meme in history, for better and for worse.

In Feels Good Man, Arthur Jones and Giorgio Angelini explore the history behind the meme; profiles its creator, Matt Furie; and charts Pepe’s journey from innocuous cartoon to hate symbol of the Alt-Right. Consistently fascinating, well structured and gorgeously animated, a documentary of this quality and caliber is perfectly suited to accompany one of the most famous memes society has ever seen.

At the center of the Pepe craze is Furie, the soft-spoken cartoonist who brought the chill frog to life in his comic series, Boys Club. Like the original vision of Pepe, Matt is a laid-back, easy-going dude — think Toby Flenderson from The Office. He just wanted to draw and share his creativity with the world.

It all started when he began uploading his work to MySpace, and one panel from his Boys Club series began gaining traction online. As things tend to do online, the image, which features the smirking frog Pepe stating “Feels good man,” spread like wildfire thanks in part to the members of 4Chan who ended up adopting the character as sort of an unofficial mascot.

For those of you mercifully unfamiliar with 4Chan, it’s a wildly popular, anonymous message board comprised of folks who fancy themselves as members of a marginalized group, often stereotyped as basement-dwellers who sit in front of their screens all day attempting to constantly one-up each other with the most offensive content they can imagine. Pepe became a reflection of their own personalities: a symbol of their angst, and later their rage.

Through expertly animated sequences, director Jones charts the path of the Pepe meme from its humble beginnings and compiles a panel of experts to break down the why and how this one particular meme gained such a cult following. While we learn the minutiae of Pepe’s rise to prominence, the cameras follow Furie and explore how this notoriety affects him, in particular after the character evolves from a fun-loving, happy symbol to an insecure, racist symbol of negativity to finally a mascot adopted by the Alt-Right that represented nationalism and xenophobia and used by the likes of Alex Jones, Richard Spencer, Baked Alaska and the president himself.

It’s not until this last iteration that Furie gets involved and begins trying to combat the negativity, reclaiming the character as his own and bringing back the positivity that it once encompassed. Unfortunately, once Pandora’s Box has been opened, it’s pretty tough to close it up again. As compelling as it all is from a historical perspective, Feels Good Man also plays like a cautionary tale for creators who publish their work on the internet.

We must be in constant awareness that, at any time and for any reason, our work can be co-opted, misused or weaponized. There’s little we can do about it, and the best we can hope for is that our stuff isn’t used to propagate hate and dangerous rhetoric.

There are plenty of documentaries out there that discuss meme culture, but none so succinctly outline and break down the trajectory of a meme than Feels Good Man. The film is at times tragic but ultimately uplifting (as recently Pepe has been adopted as the symbol for the Hong Kong independence protests). This film can stand as not only a primer to the character of Pepe himself, but also as an academic example of how a meme forms, grows, mutates and spreads its tendrils throughout pop culture.