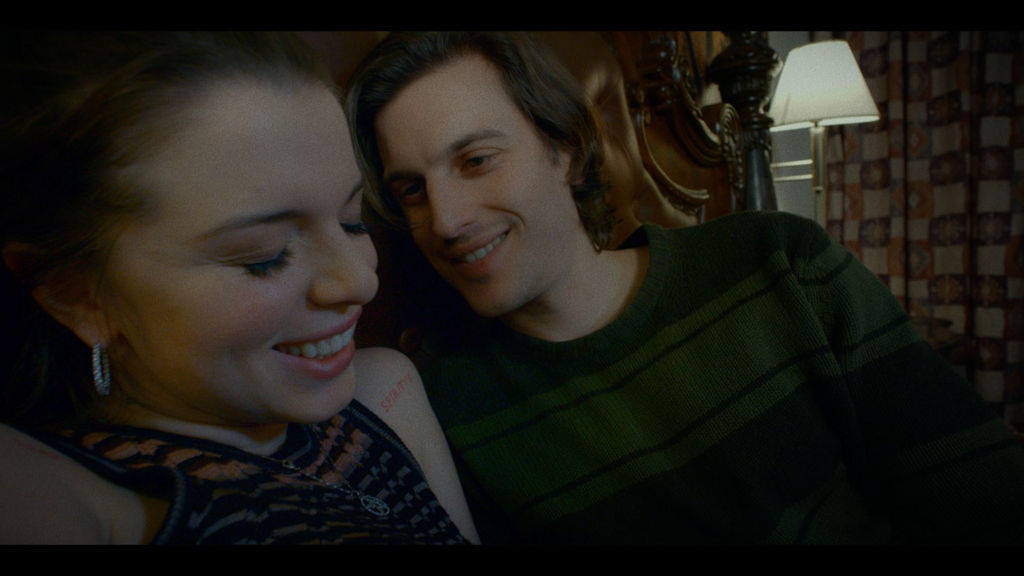 Playing out like some kind of perverted fantasy rather than a deep rumination on obsession and addiction, Ben Hozie’s PVT Chat may mean well, but its misguided finale sets the wrong tone on a subject that’s becoming more relevant as more sex workers dive into the world of camming.

Jack makes a living playing internet blackjack in his dingy New York apartment, spending the bulk of his time either gambling, jerking off to cam girls, or heading to Chinatown for a massage, which also involves some genital stimulation. He’s a gross, unpleasant dude, and Vack does a commendable job embodying the role of this narcissistic, porn-addict degenerate.

Shot in almost an Abel-Ferrara, guerilla-style, the film Hozie presents captures the beautiful grunge of New York, as Jack wanders the late-night streets of Chinatown, one night happening upon Scarlet popping into a nearby bodega. This kicks Jack’s obsession into overdrive, and he begins stalking her while attempting to develop their relationship into more than just a transactional affair.

In the world of online sex work, privacy and anonimity is of paramount importance to the safety of the models. This is something that shouldn’t be downplayed or dismissed, and that’s what happens in PVT Chat. It nearly glorifies the actions of Jack, showing that, with enough persistence, you too can form a real relationship with the model you’re obsessing over.

Sure, he does encounter some setbacks along the way, but rather than posing the narrative as a cautionary tale and something that better represents how things might play out in real life, PVT Chat instead opts for a different kind of ending, one that negates nearly everything that happened leading up to it. This is unfortunate, as the initial premise was interesting, but where it goes is far too reductive to ignore.

Julia Fox, whose breakout role in Uncut Gems should have brought her to something better than this, does a serviceable job with what she’s given, although her character seems to only exist to provide for and please the men in her life.

A better representation of this sometimes perilous vocation can be seen in Daniel Goldhaber’s creative horror thriller, Cam, a film that smartly doesn’t adhere to some strange incel fantasy that, be it intentional or not, is how PVT Chat plays out.