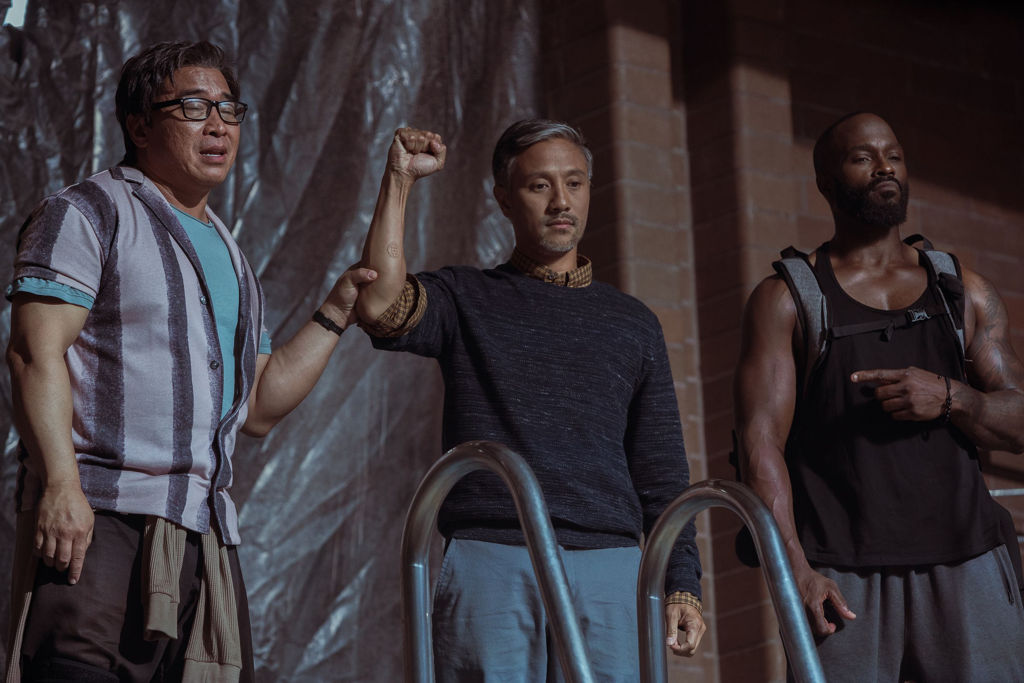 Reminiscent of a Kung Fu version of Uncle Drew and even the recent Cobra Kai TV series, Quoc Bao Tran’s feature debut, The Paper Tigers, concerns the lives of three former Kung Fu prodigies who must overcome their past conflicts and now-middle-aged bodies and avenge their fallen master. Consistently funny, surprisingly heartfelt and punctuated with some top-notch fight choreography, this is an action comedy that dares not pull any punches.

A glorious VHS montage kicks off the film, showcasing the talents of The Three Tigers when they were young students of Sifu Cheung, a Kung Fu master who took these three friends under his wing. Fast forward to nearly two decades later and the estranged Tigers are brought back together after their sifu’s sudden death, which they learn may have been a murder.

Danny (Alain Uy), the de facto leader of the group, is now a workaholic divorcee, struggling to make time for his son. Ting (Ron Yuan) is a construction worker living off disability after an accident left his knee completely shot, and Jim (Mykel Shannon Jenkins) is the only one in the group who kept in shape, working as an MMA trainer but having left behind Kung Fu long ago.

As the three seek out those responsible for their teacher’s death, they’ll have to reconnect with each other and the guiding principles of Kung Fu along the way, causing them to remember the positive impact it can have on their lives aside from being able to kick high and punch hard.

Light and fun, The Paper Tigers is a feel good comedy that hits all the right notes, crafting a nice balance of humor and action. It’s a film filled with positive vibes and a good message, something that we’re in dangerously short supply of these days.

While all three tigers take center stage, this is predominantly Danny’s journey; I would have liked to have seen a bigger arch from Jim and Ting, but this is a minor quibble in an otherwise solid script, which is littered with comedic banter and one-liners, specifically when the trio interacts with Carter (Matthew Page), another student of Kung Fu who was their pseudo rival growing up.

I feel like The Paper Tigers is just the kind of story we need right now in these trying times — a funny, inspirational tale of perseverance that reminds us there’s always an opportunity to grow and learn and to stick by those closest to us. Best of all, it delivers this message without diluting the fun or becoming too sappy or sentimental. Now, let’s see a prequel that just involves the young versions of the tigers kicking lots of ass.