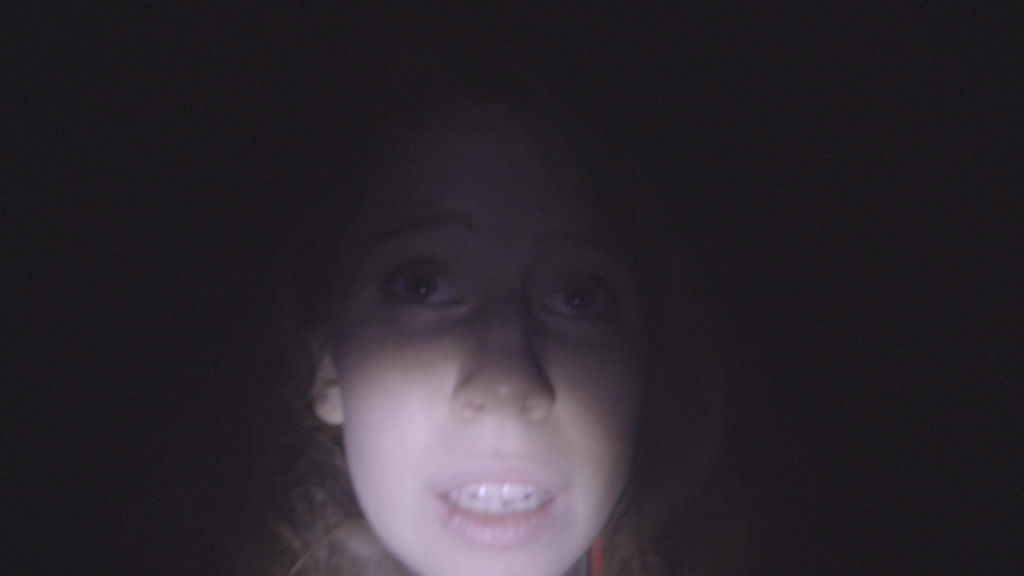 With a premise ripped directly from the headlines about viral creepypasta games inciting impressionable youth to self harm, #Blue_Whale deliberately flings its audience down an engaging rabbit hole to uncover the source of one such game. To play, you must complete a series of painful, degrading and dangerous tasks at the request of mysterious curators on a Facebook-like platform (Netbook in this film) who gradually prey on your fragile emotions and angst to isolate you from your loved ones and make you susceptible to the mysterious machinations of the anonymous game masters.

Sutured into the desktop of Dana (Anna Potebnya), who submerges herself into the game to find out what happened to her younger sister Yuyla, a fellow player, director Anna Zaysteva’s enthralling screenlife film (the latest from screenlife-connoisseur producer Timur Bekmambetov of Unfriended and Searching fame) begins as a personal journey and balloons into a fascinatingly dark web of conspiracies by its surprising climax.

Dana sets her investigation off with the hashtag #Iwannaplay messaged to a mysterious figure on her friends list and soon finds herself at the enigmatic beck and call of a cabal of curators with disfigured profile pictures who goad her into a series of 21 tasks in order to “reach the quiet house and live happily forever.” These tasks range from the self-destructive and careless acts, such as dodging traffic and self-harm, to more coercive forms of exploitation, such as convincing her to betray her loved ones and to “show her pain in public.”

Even with the veneer of creepypasta peculiarity hanging over the film, the horror of Zaysteva’s film comes from how plausible the scenario is and how thoroughly she pursues the idea into the extremes of the film’s third act. The highest (and most uncomfortable) compliment you can pay #Blue_Whale is acknowledging how seemingly knowledgeable the film is at how such a viral challenge could catch on in our terminally online reality.

Through the anchoring performance of Potebnya, who brings a fragile indignity to her role as the latest pawn in a far-reaching conspiracy, the film transcends its limited outlook as a screenlife film to build an engaging and superbly paced mystery. With each escalating task that the skeptical but determined Dana completes, the more the enigma unfolds.

Drawing the audience in through Potebnya’s layered presentation of trauma and fragility and the inventive ways Zaysteva’s film utilizes the apps on Dana’s laptop and phone to tease out the nuances of her encompassing obsession, #Blue_Whale hooks you almost immediately with its topical premise and easily keeps you invested into uncovering the bottom of this ever-growing cyber conspiracy. With each reveal bringing Dana closer to the answer she seeks, the more she finds herself lost in the manipulation of the game, and the more eerily fascinating the film gets.

Zaysteva’s film seems to be heavily inspired by the viral “challenge” of the same name, which spread originally on Russia’s VK social media network in 2016 and reportedly led to several suicides that were supposedly connected to the game. While her film could thus be misconstrued as callously capitalizing on a social media tragedy, #Blue_Whale uses the basis as a means to examine, with overwhelming empathy, how exactly these self-destructive and inherently sadistic social media games find an audience and spread with little provocation.

Over the course of Dana’s investigation into the mysterious circumstances of her sister’s death in relation to the game, Zaysteva’s film offers a textbook breakdown of the many pitfalls plaguing a teenager who attempts to sustain a life online and emerges ultimately sympathetic to the victims who fall prey to such games. Rather than exploiting the unfortunate viral trend for shock value, the film presents itself as a grounded and non-sensationalized attempt to understand what is at the heart of all these real-world examples (i.e.,  the naïve young denizens of cyberspace who are at risk of being taken advantage of by an internet stranger’s unfathomable ability for cruelty.

Through #Blue_Whale’s empathetic journey into the darkest corners of internet cruelty, it presents a nuanced portrayal of a factual occurrence in our society that feels as uncomfortably real as it is scary. Like most screenlife films, your mileage may vary depending on how invested you can be in peering over a teenager’s shoulder to see what they are browsing, but the confidence and ingenuity with which Zaysteva’s works, within the limiting medium of desktop cinema, to world build could convince even the loudest doubters that there is indeed something to Bekmambetov’s production niche of displays and technology.