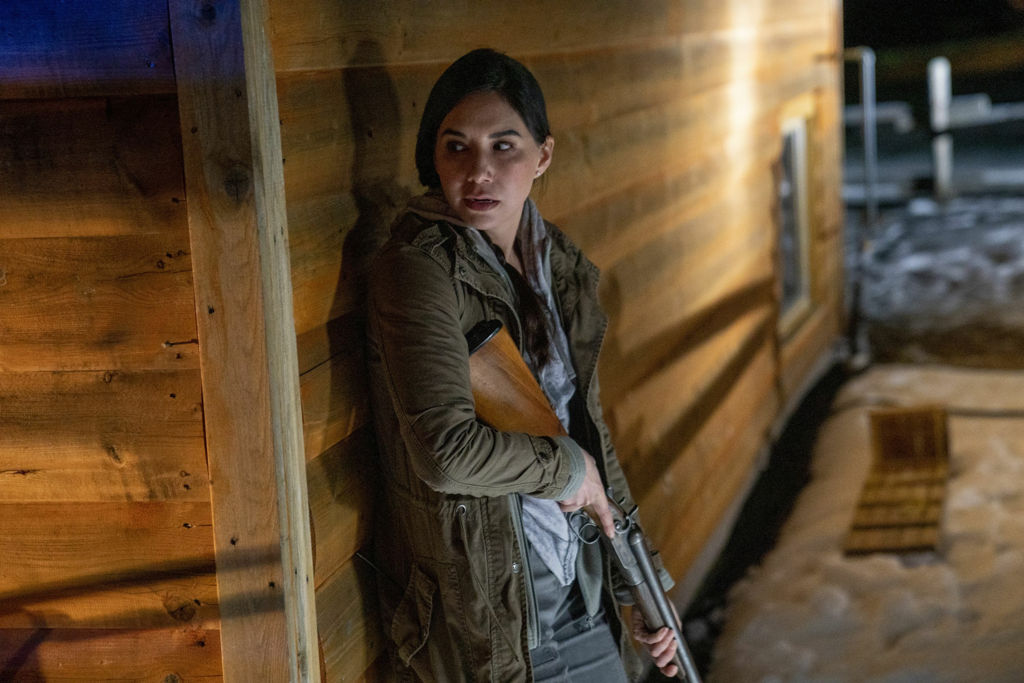 I’m loving the recent uptick in positive representation of indigenous peoples in the media, with films like Blood Quantum and shows like Reservation Dogs reminding us that the native plight is still very real and that those living on reservations are still widely regarded as second-class citizens to some. Rueben Martell’s supernatural horror film Don’t Say Its Name aims to add its voice to the conversation by presenting a tragic ghost story, while simultaneously attempting to deliver some entertaining spooks and scares.

The film opens with a young woman walking home on a lonely back road on her reservation when a nondescript truck slowly approaches and purposely strikes her down. Fast forward several days later, and a woman who is surveying the land for a mining company is murdered by a mysterious, seemingly invisible force. Now it’s up to Betty (Madison Walsh) and her deputized partner Stacey (Sera-Lys McArthur) to uncover this series of mysterious deaths and put an end to the bloodshed.

Betty is forced to team up with the local police, as they’re more equipped to handle murder cases than than the reservation police. But there’s an immediate butting of heads, as things become more strange and spiritual and the lead officer begins to blame it on mass hysteria, which oddly feels less likely than a vengeful ghost, considering the manner in which these killings are taking place and the witnesses who described what occurred.

But this ignorance and casual racism is at the crux of Don’t Say Its Name, with the throughline of a wealthy mining company coming onto the reservation and preparing to tear up their ancestral land. It’s a simple premise with a valid message, although it’s all incredibly obvious from the start. This dead-simple script will later lead to a slightly insulting series of expository scenes, spelling everything out in case the audience somehow missed every clearly laid out metaphor from the beginning.

Visually, Don’t Say Its Name is akin to something one might see on TV in the early aughts, which isn’t a bad thing per se; it just holds a dated look and vibe, especially with the CG effects and Aronofsky-style camera shots. Logically, things are a bit all over the place too, with the ghost being visible only to those it’s targeting at the beginning, but by the final act it simply turns into a physical ghoul-type creature, which at one point gets caught in a bear trap.

Don’t Say Its Name manages to be an entertaining yet flawed ghost story that remains engaging, though the end result is a bit lacking and ultimately forgettable.