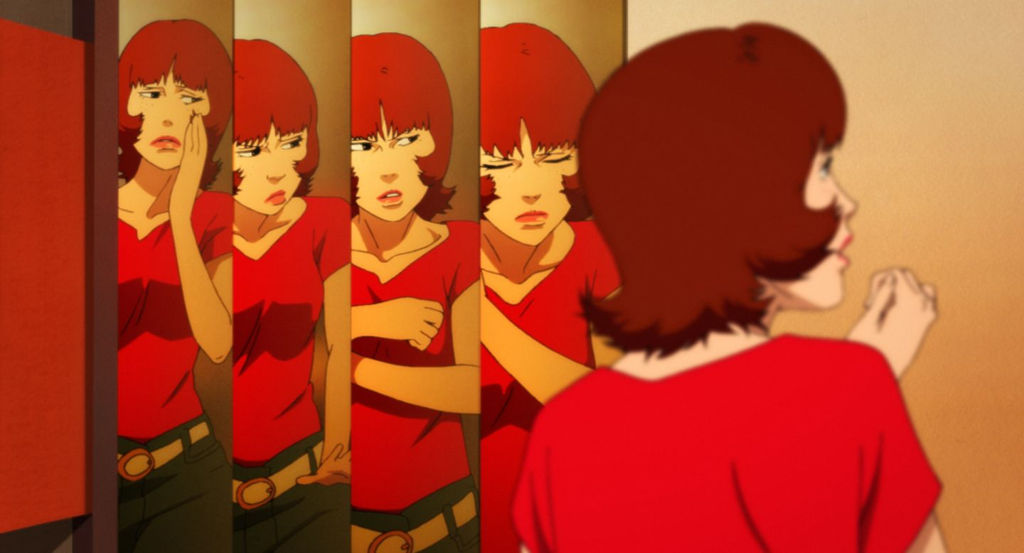 For those not ensconced in the variable world of anime, Satoshi Kon may not be the first individual who comes to mind as a notable auteur of the artform. The eccentric director’s tragically brief career directing feature films for Studio Madhouse, which liberally blended the boundaries between reality and fantasy in utterly enchanting ways, was cut short by a cancer diagnosis that ended his life at the young age of 46 back in 2010.

Between 1997 and 2006, Kon was able to produce four films (Perfect Blue, Millennium Actress, Tokyo Godfathers and Paprika) and a TV series (Paranoia Agent), which netted him muted acclaim and spotty recognition upon their releases but never quite elevated him to the status of household name in the anime industry during his lifetime, compared to Hayao Miyazaki or Mamoru Oshii. Pascal-Alex Vincent’s exploratory film of the man’s career, Satoshi Kon: The Illusionist (inspired by Andrew Osmond’s book of the same name), aims to correct the record, so to speak, and pleads the effective case that Kon’s brief time in the world of anime left an indelible mark on the medium that we are still feeling to this day, more than 10 years after his unfortunate passing.

Instead of attempting to paint a biographical portrait of the man and sum up the character of his life with the brief runtime he works within, Vincent’s film takes a more novel approach. Almost exclusively, The Illusionist focuses on the content of Kon’s creative works, theorizing that (accurately) placing them under lauditroy scrutiny would provide much greater insight into the director’s character than the traditional approach of life writing.

Offering informed breakdowns of his feature films, which explore Kon’s inspirations; his style and its evolution; the cultural contexts in which his work emerged; and his reception and legacy, both domestically and abroad, the film serves more as a primer to an underappreciated genius than a story of his life, for better or for worse. The effect of the film is akin to listening to a well-meaning and enthusiastic friend trying to convince you to check out one of their faves, and in that regard it is entirely fruitful.

While the film takes you on an adulatory tour through Kon’s filmography, it fills itself with interviews from collaborators, critics, theorists and fellow directors, who took inspiration from the work that the film attempts to dissect. The connecting portrait between the loving testimony of Mamoru Hosoda, Oshii, Darren Aronofsky, Rodney Rothman, Masao Maruyama, and many others is that of a certifiable genius who was never truly appreciated while he was still producing work, a broken trajectory that never reached the levels of admiration in life that he in death.

While they offer their insight on his work and how it has changed the landscape of anime, Vincent offers a clip-heavy approach to the structure of the film, segueing between glimpses of Kon’s work, the work that inspired it, and live-action sequences that try to visually recall the look and feel of Kon’s vision. There is an underexplored universality to Kon that the film and its interviews hint at, a man whose fantastical and virtuoso filmmaking was nevertheless kindled by a keen observation of the world around him and the unforgiving industry within which he diligently worked. From Perfect Blue to Parika (and some brief mention of the sadly incomplete Dreaming Machine), the film allows you to grow familiar with the unique voice of Kon despite his sad absence.

These insightful perspectives on Kon and his work are few and far between as the film’s unbridled enthusiasm at times overclouds its ability to illuminate the director’s work. There is this constant inkling resting in Vincent’s film that, for as much as the structure is split economically between each of Kon’s creative works to cover the most ground fairly, each section could have arguably benefitted from more time.

Within the truncated runtime each work is allocated 13-22 minutes of analysis by Vincent’s assembled panel, affording a direct if cursory view of each work, more befitting an introduction than an intensive, definitive study. It remains obvious there is even more ground to cover and no film on such an enigmatic creative could be truly exhaustive, but The Illusionist can only scratch the surface and pique your interest when it comes to veritable masterpieces that are begging to be examined and talked about at a length the film just doesn’t have the space for.

The biggest question left by The Illusionist is one of intended audience: who exactly is this admirable toe-dipping into the expansive world of Satoshi Kon for? Established enthusiasts of the director’s oeuvre will no doubt be wanting a more in-depth look at the man and his career beyond the laudatory. It is hard not to get emotional as a fan myself over how much raw esteem this film unapologetically exudes for Kon and a career of pumping out masterpieces cut tragically short.

It’s best to approach Vincent’s tribute as someone who may know of Kon but never felt the desire to dive into his work, as The Illusionist makes a hell of a case that you have been missing out. Even though it leaves the impression that there is more depth than what this film can realistically cover, it’s a fitting sentiment considering all Satoshi Kon films belie a boundless profundity yet to be explored. The Illusionist can only open the door; it is up to you to take the plunge.