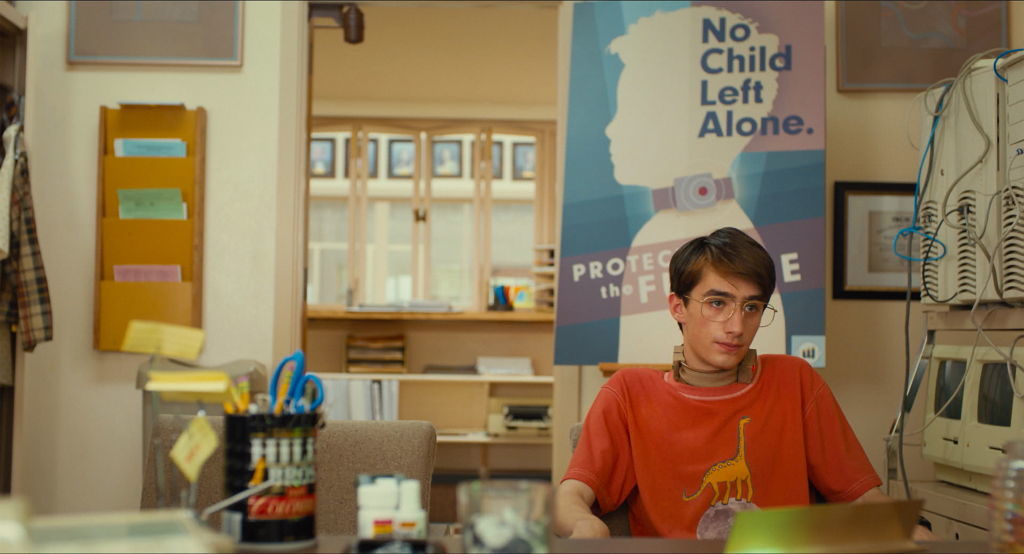 It’s been 15 years since Napoleon Dynamite was released, and when Jared Hess was making his quirky little indie comedy, it’s doubtful he could foresee the influence that film would have on many a comedy moving forward. But Christopher Winterbauer’s Wyrm feels heavily influenced by the oddball dry humor and exaggerated characters that Napoleon Dynamite brought to the screen.

While it does feel reminiscent of Napoleon Dynamite, Winterbauer opts for an even more absurdist tone here, crafting a funny, delightful coming-of-age story that delivers a sizable amount of laughs while retaining a surprising amount of heart. Adapted from a short film of the same name, Wyrm takes place in a strange world that aesthetically feels like the mid-1990s but contains a few key differences, mainly the existence of a policy called No Child Left Alone.

In an attempt to help children develop into functioning adults, adolescent kids are forced to wear a collar around their necks until they have their first kiss. As if this time in one’s life wasn’t traumatic enough, now there’s a physical object attached to your body informing everyone of your level of sexual maturity. It’s an interesting, often-amusing mechanic used to visually represent the “coming of age,” though it’s never quite explained enough to feel like we could see this being used to some benefit within this reality. 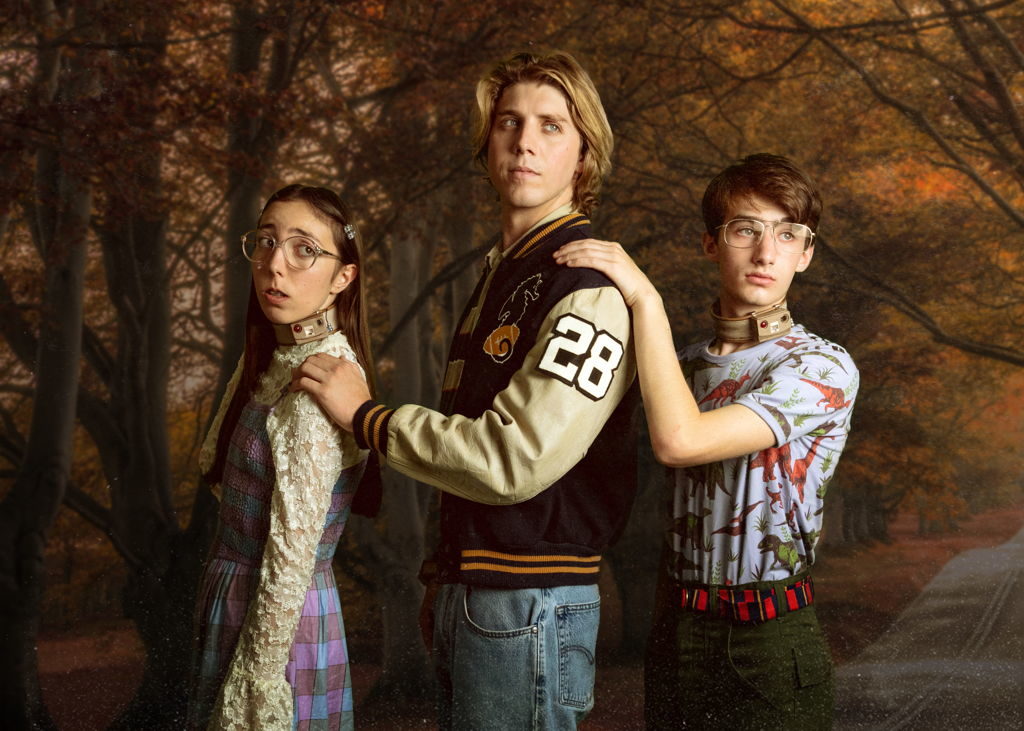 The film follows the life of the titular character Wyrm, played by Theo Taplitz, an awkward teen who is the only one in his class who hasn’t lost his collar yet, a class that includes his twin sister Myrcella, played by Azure Brandi. Wyrm struggles in social situations, loves dinosaurs, and carries a dictionary around with him everywhere, using it to aid him in learning the ways of the world.

Wyrm’s parents are still mourning the loss of their eldest son, leaving them in a semi-absent state, unable to help their twins during this pivotal moment in their lives as they transition to adulthood. Their father, played by Dan Bakkedahl, spends all of his time living in the bathroom, and their mother, played by Rosemarie DeWitt, is out trekking in the mountains in an attempt to reconnect with herself after the loss. During this time, their cool uncle is staying with them, helping out around the house and making sure their needs are met. 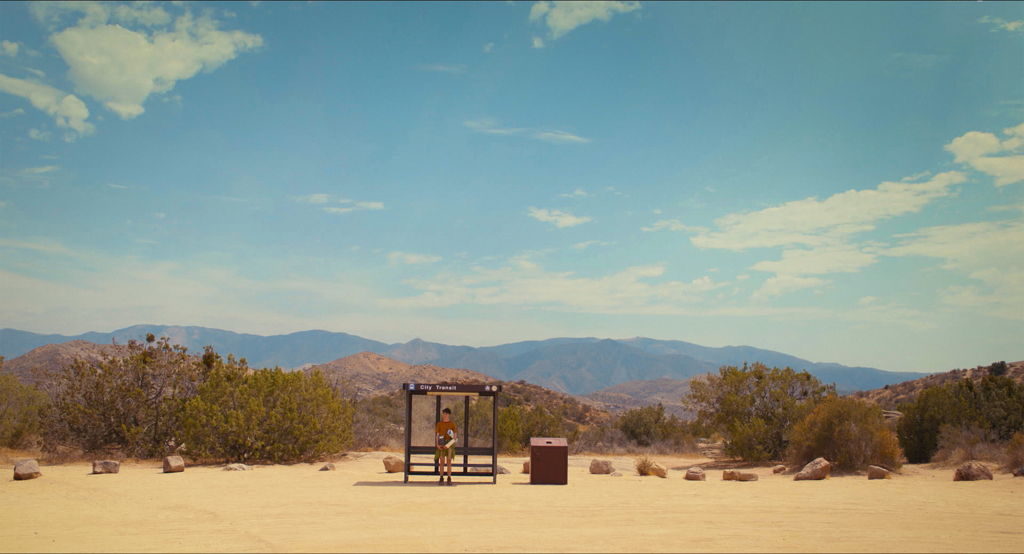 With Wyrm starting middle school and desperate to lose his collar, a large part of the film is dedicated to him trying his best to break out of his shell and form a connection to a girl, but this isn’t before he attempts to forcibly remove the collar, triggering its tamper protection and resulting in him having a giant ink stain on his face for the bulk of the runtime. As if things weren’t difficult enough for him, he’s in the process of compiling interviews for his brother’s memorial service from family and friends. His brother was a popular kid, a jock who was seemingly well liked by the whole community and a success at seemingly everything he set out to do (except driving, apparently), so Wyrm is constantly being reminded of how his brother, who mercilessly bullied him and his sister, was better than him.

The film is consistently funny, drawing a fine line between a classic coming-of-age comedy and a bonkers absurdist farce, but it shines in the amount of tenderness it brings to the screen. Balancing such strange humor with genuinely heartfelt moments is a tricky thing, and Winterbauer navigates these waters with relative ease. 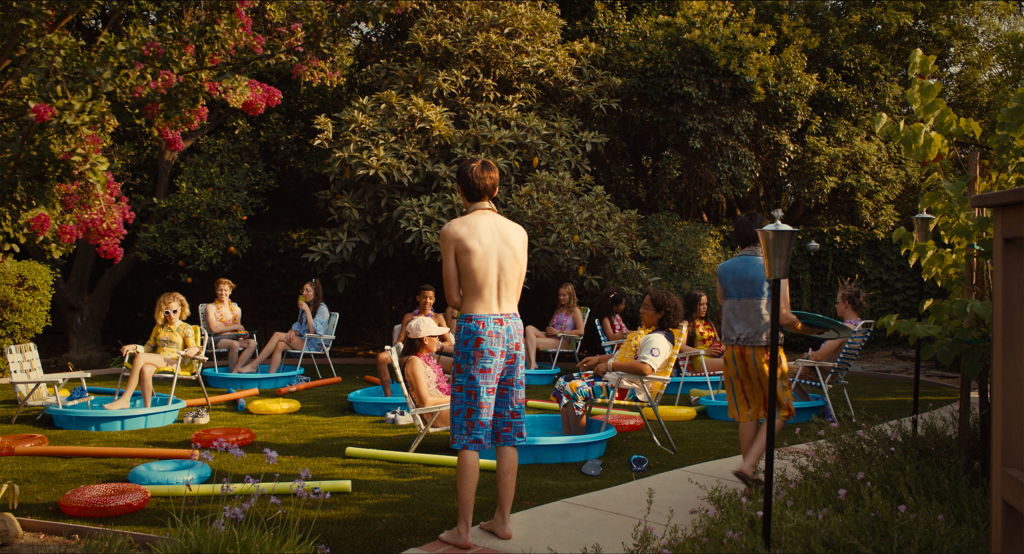 Wyrm’s innocent naïveté and the surprisingly sentimental place that the film goes are deep and wonderful. These moments become more numerous in the final act, and although there’s a bit of a trade-off with the comedic heft, it finishes strong.

With the addition of some great cameos accenting an already incredibly funny movie, Wyrm is a unique coming-of-age story that had me rolling at times with its irreverent humor and marks a solid debut from director Christopher Winterbauer.