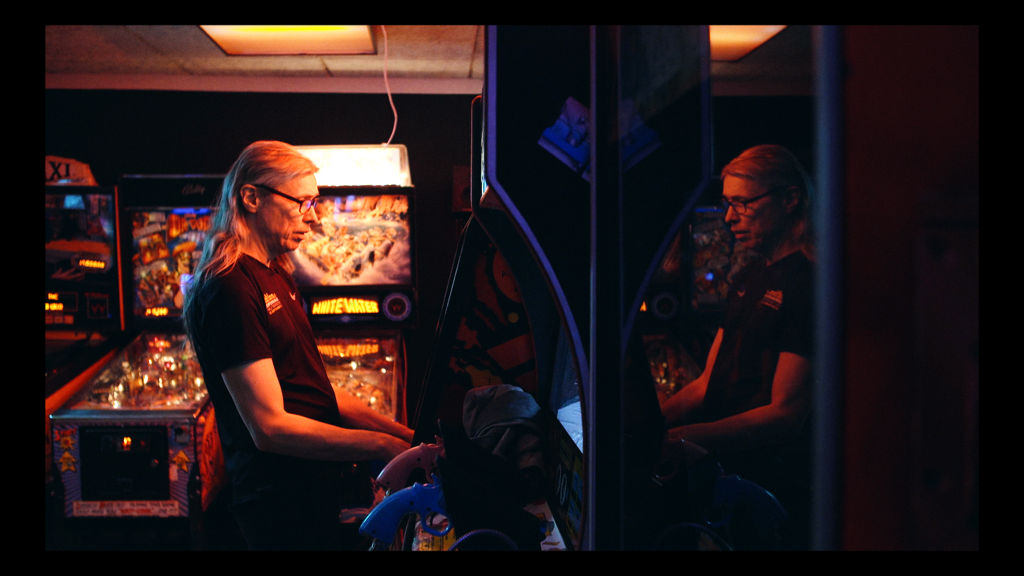 A key element in any good documentary is to introduce the audience to a compelling subject. While this can be either a set of characters or an interesting topic, the former always manages to create a more memorable experience to viewers and enriches the topic. In the case of Mads Hedegaard’s Cannon Arm and The Arcade Quest the director not only has a bountiful set of friends to explore as subjects, but he’s also able to effectively translate their eccentric and unique personalities to the screen in a manner that’s incredibly entertaining and complementary throughout the brisk run time.

At the center of this story is the titular Kim Cannon Arm, the world’s best Gyruss player (Gyruss being a relatively obscure arcade game released in 1983). Now a grandfather, Kim decides he wants to attempt a new world record in the game before he gets too old to be physically able to perform such a taxing feat. His goal is to play the game nonstop for 100 hours straight.

In order to accomplish this he will need to assemble a rogues’ gallery of friends: a music theorist, a poet and a theoretical physicist. Every one of Kim’s friends, it would seem, is brilliant in their chosen field, with Kim himself working as a chemist. Although the key element that brings this documentary together is the record attempt, it’s really the confluence of each friend’s story that sets Kim Cannon Arm apart from similar classic video game docs like The King of Kong and Man vs. Snake.

Spending time with Carsten as he attempts to hit the Donkey Kong kill screen while developing a new method of interpreting the music of Bach or Dyst as he attempts a new world record in Puzzle Bobble while working on his new book of poetry is a joy, accentuated by the humorous little asides and metaphysical comparisons the film takes.

It’s kind of all over the place — scattered like the brilliant minds of its subjects — but despite the branching narrative, there’s an odd coalescence to it all, a throughline of friendship and camaraderie. The inspiration for this record attempt is Thomas, a mutual friend of the group and the guy who initially brought them all together and who tragically took his life shortly before the documentary begins.

To lump this film into the same category as any other video game documentary would be doing it a slight disservice. Sure, the love of classic arcade games is one of the elements that bonds these friends, but the film as a whole explores far beyond something as simple as setting a high score in a game.

Expertly crafted by Hedegaard, who himself is one of the talented friends in the group, Cannon Arm and the Arcade Quest is a thoughtful, energetic, and ultimately triumphant documentary about the power of friendship. Even if you aren’t a video game fan, there’s so much to enjoy with this story; I highly recommend it.