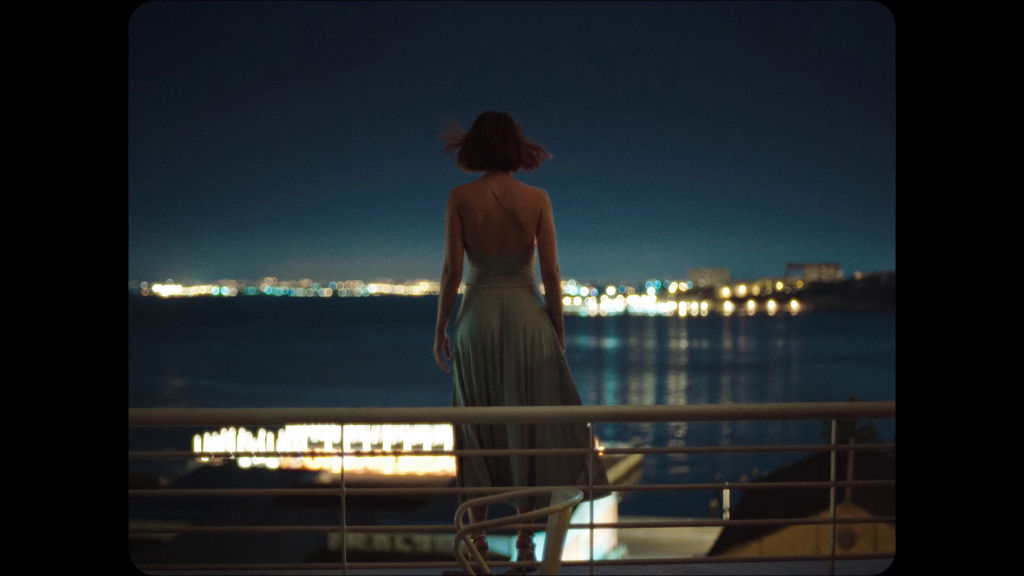 From its alluring and tragic opening minutes, wherein a young woman commits suicide while nearby a serial killer claims his next victim, it quickly becomes evident that Carlos Conceição’s giallo-infused thriller Name Above Title is going to be far from your typical slasher fare.

The film opens with a four-minute, single-take shot of a young, inebriated woman at a posh-looking rooftop party stumbling around for a bit before dragging a chair over to the edge and jumping to her death. Then we cut to a couple making out in a car on the beach before we realize that this man is a sadistic killer and strangles his date with what appears to be an iPhone charger.

These two tragic events will converge as the killer happens to be walking by the exact spot where the woman lands. He walks over and embraces her, and she whispers something into his ear before he passionately kisses her and she passes away. All this is captured on video by people in the area, and the footage goes viral, giving this sicko his 15 minutes of fame.

Although it’s set in the present, this Portuguese thriller has all the visual characteristics of a classic giallo film. It looks to be shot on film, is presented in a constrained 4:3 aspect ratio, drenched in vibrant color and accentuated with precise sound. It’s an absolute visual feast, and the imagery is easily the film’s strongest attribute.

The other, perhaps most prominent feature of the movie is that it’s completely dialogue free. Any words or conversations are muffled and indecipherable, as if we’re positioned just far enough away that we can’t make anything out. Frankly, I’m not sure why this decision was made and I don’t know if it plays into the allegorical ending, but it’s a decision that works nonetheless. It helps that the runtime comes in at a very brisk 59 minutes but sadly doesn’t do it any favors in developing the narrative.

Name Above Title starts off incredibly strong, but the plot didn’t quite capitalize on its powerful first act. The turn it takes in its final moments doesn’t work either, as there’s simply not enough supporting material before it to justify such an ending. Still, the visuals, music, sound design and basically every other aspect of the film is firing on all cylinders and makes for a great entry into the modern giallo genre despite its disappointing finale.