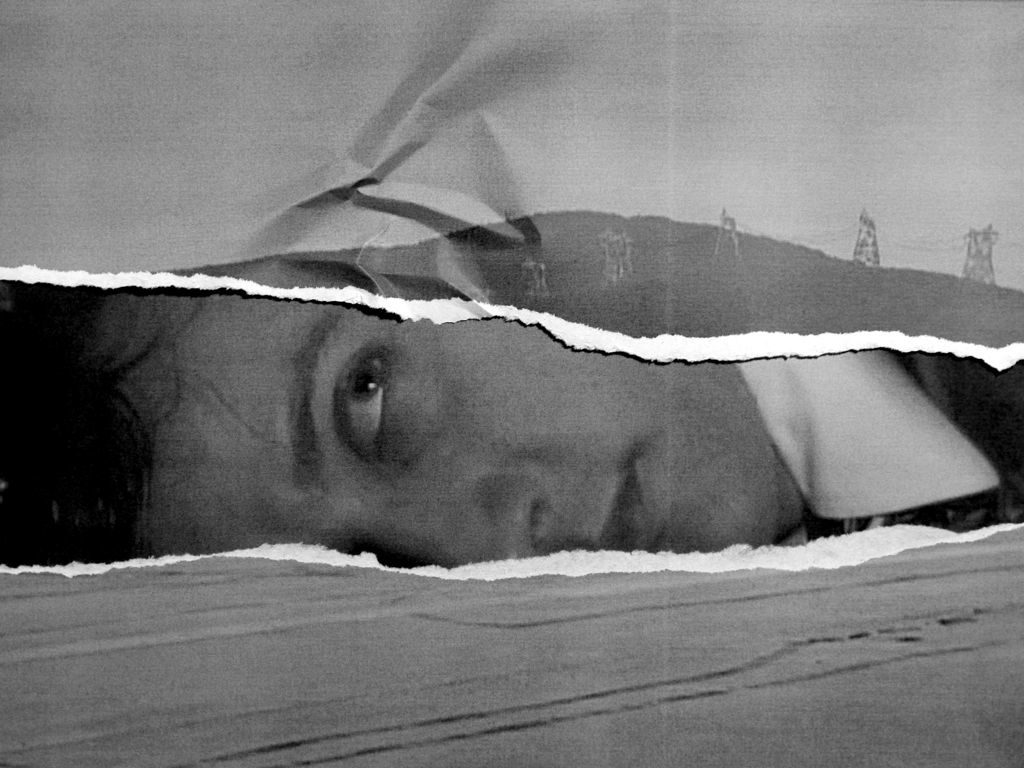 I have no idea what compelled director Aristotelis Maragkos to remix the 1995 TV miniseries The Langoliers, but I’m very glad he did because this is certainly one of the most unique storytelling methods I’ve experienced this year, and it’s one that fundamentally changes the tone of the original film, mostly for the better.

If you’re not familiar with the original movie, I recommend that you check it out first, as it’s an extremely fun Stephen King adaptation with a great cast. The basic premise here is that the majority of the passengers and crew on a flight inexplicably vanish into thin air, leaving a scared and confused handful of survivors to land the plane and figure out what’s going on.

The most immediate and noteworthy aspect of Maragkos’ re-edit is that, in order to achieve the desired aesthetic, he printed out each individual frame of the movie then re-assembled them in an animated style, taking care to add a bevvy of creative flourishes along the way. At first glance the film looks like something you’d see in an FMV game on the Sega CD; it’s presented in grainy, lo-def, black-and-white shots and has an almost compressed video look. It oddly works perfectly within the constraints of The Langoliers, a movie released during a time when people were enjoying lots of over-compressed, live-action video.

This unique mechanism is clever enough on its own, but simply wasting a ton of time and trees to just re-assemble The Langoliers with paper doesn’t make it a very noteworthy experiment. No, what pushes this over the top is how Maragkos utilizes this interesting format to accentuate the narrative and to add depth to the characters and their fragile states of mind. Scenes are layered over top of one another, the paper at times quivering in fear, and as the tension ramps up, so does the erratic nature of the paper itself, morphing and enjulating with each passing moment.

Bronson Pinchot takes center stage in this version, playing the role of a yuppie who is slowly going mad. Each interaction with the other passengers pushes him one step closer to completely losing it, which is cleverly represented with tears, folds and crumples in the paper. It’s an effect that simply describing it won’t do it justice, as it’s a subtle effect that adds so much to the overall tone of the film and needs to be seen to be understood.

The Timekeepers of Eternity also distills The Langoliers from a three-hour, large-scale endeavor to a more intimate film, keeping the focus on the main slate of characters and their rapidly devolving emotional states. As such, this version has been trimmed down to a brisk 1 hour in length, eliminating a lot of the larger implications for this occurrence but still maintaining the mystery and King-esque intrigue.

Maybe this film will be a bit too experimental for some viewers looking for a more straightforward method of storytelling, but I was captivated and impressed with this from start to finish. I can’t imagine the amount of effort that went into this project, and I sincerely hope others get to see this movie and appreciate it as much as I did.