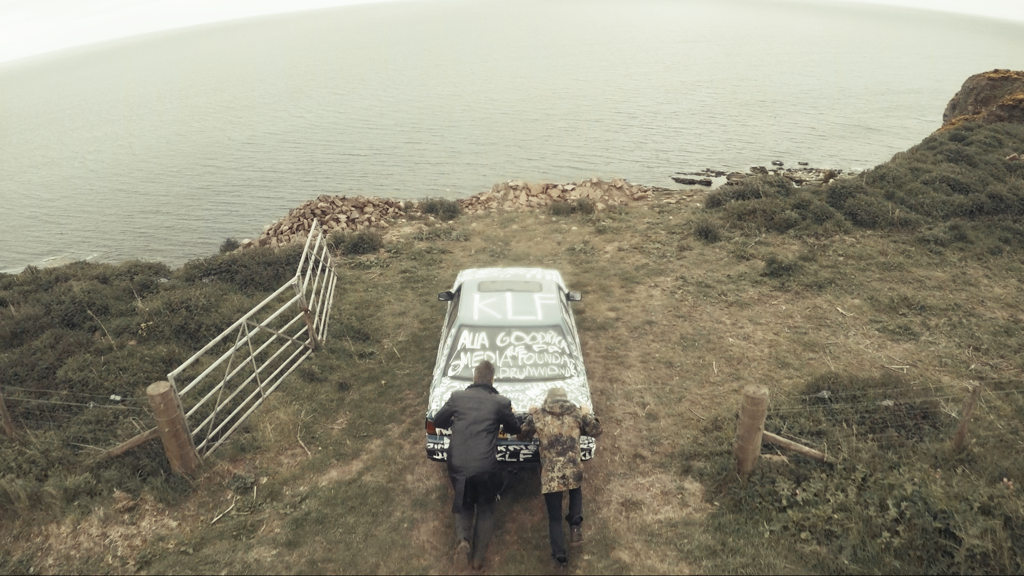 Skyrocketing to become the biggest electronic music duo in the world in the early ’90s, Bill Drummond and Jimmy Cauty’s stadium house project, The KLF, was an unstoppable force, spearheading the growing rave culture throughout Europe. Despite a seemingly endless series of hits, however, the group vanished and deleted their entire catalog at the height of their popularity for no discernable reason.

In Chris Atkins’ new documentary, Who Killed The KLF?, he aims to pull the curtain back on this elusive duo of tricksters and shed some light on the reasoning behind some of the group’s erratic decisions. Having previously heard Bill Drummond’s name mentioned in passing but otherwise having no familiarity with The KLF, I found this story to be undeniably compelling, as it was all new information for me, having no previous knowledge of their music or offstage antics.

From deleting their entire catalog and spontaneously retiring to burning 1 million Pound Sterling in cash just to get a rise out of people, Drummond and Cauty are the kind of eccentric artists that make you want to dive into their minds to figure out their motives, but when you discover there’s seemingly nothing behind what they’re doing, it just causes you to search deeper for meaning.

Using recorded interviews of the band along with archival footage, Atkins pieces together the broad strokes of their career, from their formation in 1987 under the name The Justified Ancients of Mu Mu to their post-KLF projects under the banner of The K Foundation.

Told in a fast-paced, somewhat chaotic manner, similar to The KLF themselves, Atkins otherwise plays it safe with the narrative, laying out a timeline of events out in a linear fashion, simply highlighting each milestone in the band’s career and then exploring the cause of their departure from the industry, which happens to be neither revelatory nor particularly exciting.

What is exciting, however, is simply learning about this brilliant musical group and its impact on both the electronic music genre and its commentary on the industry as a whole. It’s rare to see a group so actively target the very industry that made them rich and somehow still achieve massive success.

While the film was presented in a way too conventional way, the draw of Who Killed the KLF? is simply learning the wild story about this group, which I suspect many Americans aren’t super familiar with. Fortunately, since this documentary was made, the band has begun releasing some of their more popular tracks on streaming platforms so that we can all listen and appreciate The KLF now, even if we missed them the first time around.