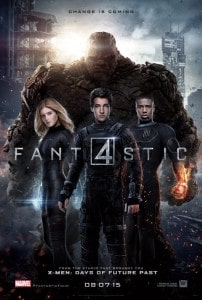 We’re about seven years into the comic-book-adaptation Renaissance. Fifteen years ago, director Bryan Singer’s X-Men showed that comic book properties, other than Batman, Superman and Spider-Man, were commercially viable.

We have seen many great comic book films in the last 15 years, especially since the first Iron Man. Of course, we have been gifted with some pretty bad ones, as well. As history has proven, when property rights are thrown about, the rights holders will no doubt seize the opportunity to revisit one of their titles or will desperately attempt to hold onto said property by quickly rebooting it.

Over the last decade, some notable properties have been rebooted/reimagined to mixed results. Fantastic Four is the latest property to receive the reboot treatment and, like its rebooted brethren, it had mixed results.

Four brilliant and young scientists are brought together to design a functioning teleportation device. Instead of transporting matter from one side of the room to another the device actually opens a gateway to an alternate dimension. When the group succeeds in reaching the other universe, an incident occurs that physically alters them and gives them extraordinary abilities.

I never really understood the disdain that the original Fantastic Four films received. I found them rather enjoyable as standard popcorn/comic-book flicks. I even found the Roger Corman-produced, but unreleased, version entertaining in a “so bad that it’s good” kind of way.

The latest incarnation really isn’t as bad as one would think, presuming you’re not expecting a Marvel Studios super-hero film, much less a film from the DC/Nolan universe. It certainly deviates from the source, but what comic book film hasn’t?

Trank’s approach is very much grounded in reality – look at what would happen if “regular folk” suddenly found themselves with superpowers. It’s not flashy; it’s not grandiose; it is rather dour and unflinching in its seriousness – kind of like life can be. Tim Story’s films were criticized for being too light and cheesy, but you won’t find that here, which could prove to be a detriment if not handled properly. Yet Trank is successful for the most part. 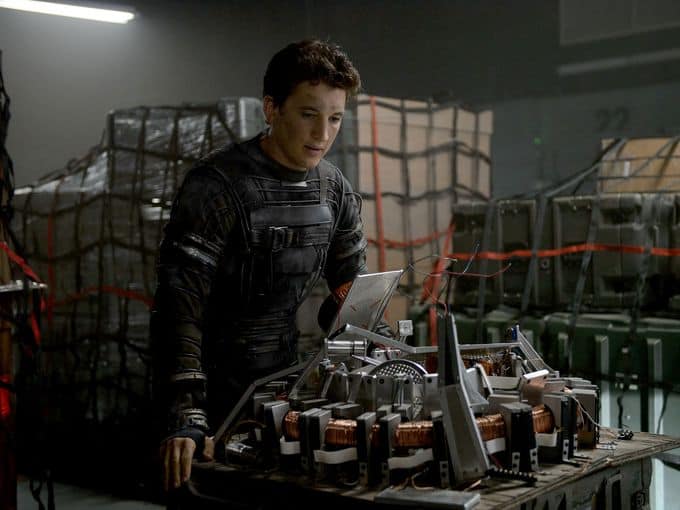 Trank has assembled a strong cast as the title heroes. Miles Teller, Michael B. Jordan, Kate Mara and Jamie Bell star as the titular characters. Toby Kebbell, likely best known for his motion-capture work as Koba in Dawn of the Planet of the Apes, stars as Victor Von Doom. The film also features Tim Blake Nelson and Reg E. Cathey.

As good as the lead quartet is, there is no denying the lack of chemistry between them. You certainly feel that family bond in Tim Story’s films but not in this installment. Oddly enough, it didn’t seem that much of detriment to the film.

I did miss the banter between Chris Evans’ Johnny and Michael Chiklis’ Ben from the earlier Fantastic Four film. Then again, there really isn’t that much wiggle room for humor in this incarnation of the fab four. Unfortunately, Doom ends up being a caricature of himself, though I certainly did appreciate his level of malicious intent toward human beings.

The real problem the film has is that the third act is quite rushed, too short and underwhelming. The film runs 105 minutes and actually could have used more time to flesh things out and clarify details. It’s already been established that audiences have no qualms with comic-book movies running two hours or longer; there was time.

Tonally it switches gears from a superhero drama to a straight-up comic book movie, and the payoff doesn’t live up to what came before it. When the four finally come together as a team, the moment is over before you can even appreciate it. There are rumors of studio tampering, and if that’s the case, it certainly shows.

Josh Trank’s Fantastic Four is watchable but very flawed. It’s quite different from what came before but works for the most part. If not for the third act, this could have been a serviceable comic book film. As an origin story, it works, but it may be deemed too slow for some.

This being the fourth film involving these characters, one has to wonder if this is all they can amount to. They have managed to make decent films but nothing to take them to the next level. Who knows? Perhaps, if they’re lucky, they’ll figure that out in the sequel.