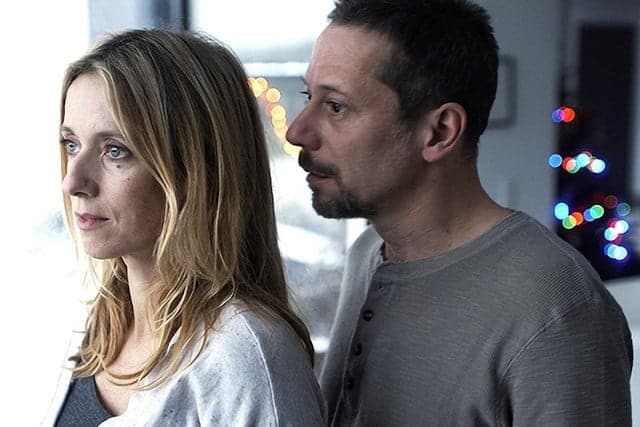 IFC has released a new subtitled trailer for the upcoming thriller The Blue Room, which is written, directed, and starring Mathieu Amalric (The Grand Budapest Hotel). Based on a novel by Georges Simenon, the film tells the story of a man who falls for a married woman (Léa Drucker) and ultimately becomes involved in a murder plot.

IFC will be releasing The Blue Room in theaters October 3rd.

Two adulterous lovers go from pillow talk to possible murder in this sexy, brain-teasing thriller. Mathieu Amalric (The Diving Bell and the Butterfly, Grand Budapest Hotel) directs and stars as Julien, a middle-aged salesman embroiled in a steamy love affair with a married woman who, after a round of kinky sex, makes a startling suggestion. Suddenly Julien is caught up in a police investigation—but just what exactly happened? Based on a novel by celebrated crime writer Georges Simenon, this beguiling cinematic puzzle unfolds in an elliptical style that keeps the audience guessing every step of the way.