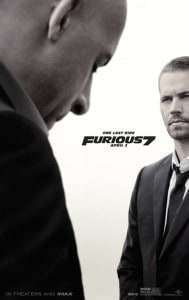 The Fast and Furious franchise has gone through many changes over the course of its 14-year-long run, a run that will likely continue for the foreseeable future. It transformed from an easily dismissible series of films about illegal street racing into an action powerhouse that has featured some of the most insane and thrilling car chases put on film.

It transitioned from a movie about a pair of racers on opposite sides of the law to an engaging ensemble of likable criminals who take to the streets to right some wrongs. Justin Lin took the helm with the franchise’s third installment, Tokyo Drift, and continued on through Fast & Furious 6. James Wan, director of Saw and The Conjuring, takes the wheel for the latest entry in the franchise, Furious 7. However, the most impactful change came with the tragic and untimely death of one of the series’ leads, Paul Walker, in 2013. While the film is, and has, a fitting tribute to Walker, it’s not in the same league as the three films that preceded it.

After successfully putting an end to Owen Shaw’s (Luke Evans), operations in London, the crew has returned home to the streets of Los Angeles as free men and women. Their moment of peace and tranquility, no longer looking over their shoulders or being on the lam, is short lived, however, when Shaw’s brother – a brutal, take-no-prisoners operative named Deckard (Jason Statham) – seeks revenge for his brother and begins hunting down the crew members. Dom (Vin Diesel) and Brian (Walker) are forced to take action when Shaw’s vengeance strikes too close to home.

More than any entry in the franchise, Furious 7 is the type of film that demands you check your brain at the door and suspend all disbelief. If you start applying “real-world” logic to the events unfolding on screen, the entire film will unravel. Unlike the other films, the Furious 7 chase scenes are very cartoonish and lack the flash and excitement as, say, the series’ vault or runway chase scenes. 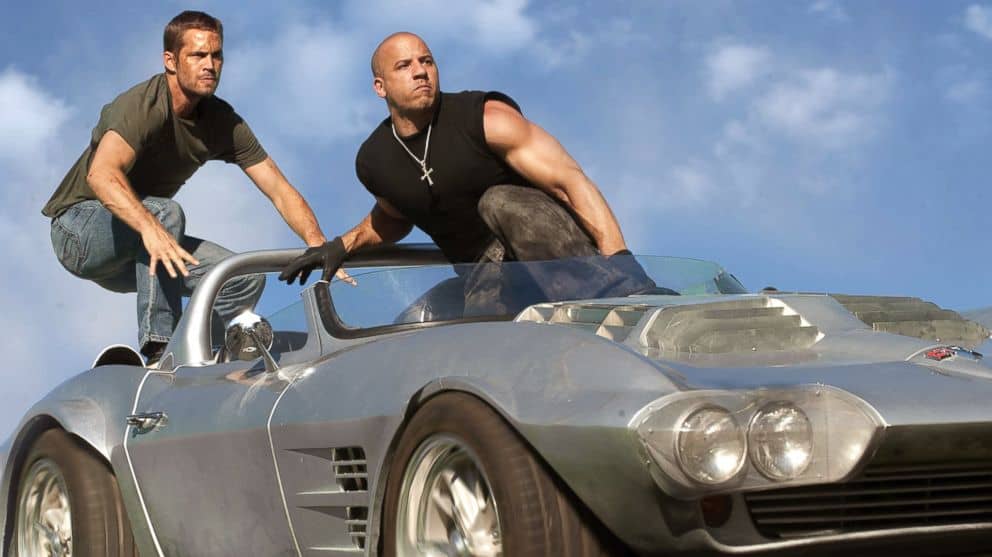 It’s not as bad – far from it; but it’s kind of like how John McClane became a cartoon action hero who can survive a multi roll in a truck unscathed in A Good Day to Die Hard. Instead of being in awe by what transpired, you spend most of the time wondering, “Come on, seriously?” You begin to think, “Okay this is starting to get a bit ridiculous now,” and you wonder just where the kitchen sink is or when they’ll be jumping sharks. However, the hand-to-hand combat scenes are the best action scenes in the film, and there are plenty of them.

As mentioned in my review for Fast & Furious 6, no one is coming to see these films for the acting. However, like in the previous installments, it’s the ensemble’s chemistry that keeps you engaged and entertained for the most part, but Tyrese Gibson’s one-note Roman was particularly annoying in this one.

Besides the returning cast, there are some new faces for this latest adventure. Action star Jason Statham joins the fray, and, well, what can you say about Statham? He’s playing Statham – this time as a bad guy – no real stretch there. Kurt Russell is great as a government spook, and he isn’t on screen nearly enough. Tony Jaa and Ronda Rousey use their “particular set of skills” to thwart our heroes; they are both great in their fights, but Jaa does a much better job acting then his female counterpart. Nathalie Emmanuel also stars as Ramsey, a hacker the crew must rescue who is amusing but ultimately forgettable.

Director Wan is best known for his solid directorial work in the horror genre, and this is his first mega-budget action film. He does a pretty commendable job here, considering he’s taking the reins from the director who helped establish the franchise’s new direction. He holds true to what’s come before and adds flourishes that he’s known for – even though, on occasion, particular camera moves can be a bit disorienting or detract from the action.

Working from a screenplay by franchise steward Chris Morgan, Wan is able to keep things moving at fast clip, despite the cartoonish nature of the film. The story moves from one action sequence to the next, much like an old-school adventure serial, and it is certainly a result of this one being a global adventure film. Unfortunately, while it’s crazy to see cars flying out of planes or cars jumping between buildings, it has become a bit of a parody of itself.

It goes without saying that this film will be most remembered for how the filmmakers handled the passing of one of the lead stars. When Walker was killed in an automobile accident, he had completed only half of his work on the film. You’d have to look long and hard to determine which scenes were new footage of him and which weren’t. By using CG, photo doubles and old footage, the filmmakers were able to piece together a pretty seamless posthumous performance for Walker that both honors his character and the actor. In fact, the character’s departure is handled impeccably and may very well bring a tear to your eye or put a lump in your throat, as it ended up being the best part of the film.

Furious 7 seemed inevitable, as the action sequences were becoming completely over the top, starting with the runway chase at the end of the sixth film and again going fast and furiously over the top here. The cartoonish nature of the film reduced the enjoyment factor substantially, but Wan has crafted a solid actioner that will deliver for undemanding, hardcore fans and was also a fitting farewell to an actor gone too soon.