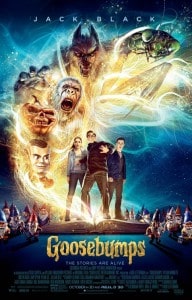 Every generation deserves its Twilight Zone. For this writer, horror anthologies, such as Night Gallery; the films Creepshow and Vault of Horror; and the original Twilight Zone series, were the type of shows to haunt my childhood. In later years it became Tales from the Darkside and Tales from the Crypt. But for most children growing up in the ’90s, the one name that stood out for them was not Stephen King but that of R.L. Stine.

R.L. Stine was the author of a popular series of young-adult horror novels that apparently gave many a kid nightmares and had them clamoring for more. Now comes the motion picture version of the horror phenomenon, and while it may not be all that scary, there is still a fun ride to be had.

After moving to a new neighborhood, Zach Cooper has a chance meeting with his new neighbor’s daughter, Hannah. Zach soon discovers that her father is a bit of an overbearing and protective hermit of sorts. One night Zach and new friend Champ head next to door to investigate and discover that there’s more to Hannah’s father than they realized.

It turns out that their neighbor is none other than R.L. Stine, author of the bestselling series “Goosebumps.” However that is not the worst of it, as the boys have unwittingly unleashed Stine’s creations upon an unsuspecting world. Now, the group of teens and Stine himself must find a way to capture all of his creatures before it’s too late.

For someone who has never read or watched the TV show, Goosebumps the movie proves to be a fun film, in the same vein as Jumanji or Zathura. It’s also reminiscent of some animated genre films like Monster House or ParaNorman. Instead of being a straight-up anthology, presenting the crème de la crème, Darren Lemke, Scott Alexander and Larry Karaszewski have crafted a story and screenplay that brings the entire franchise together into one cohesive storyline. It’s also a storyline that feels very much like it’s a Goosebumps story in its own right. Non-fans will be entertained by all the creatures on screen but fans of the books see all of their favorite reads brought to life. 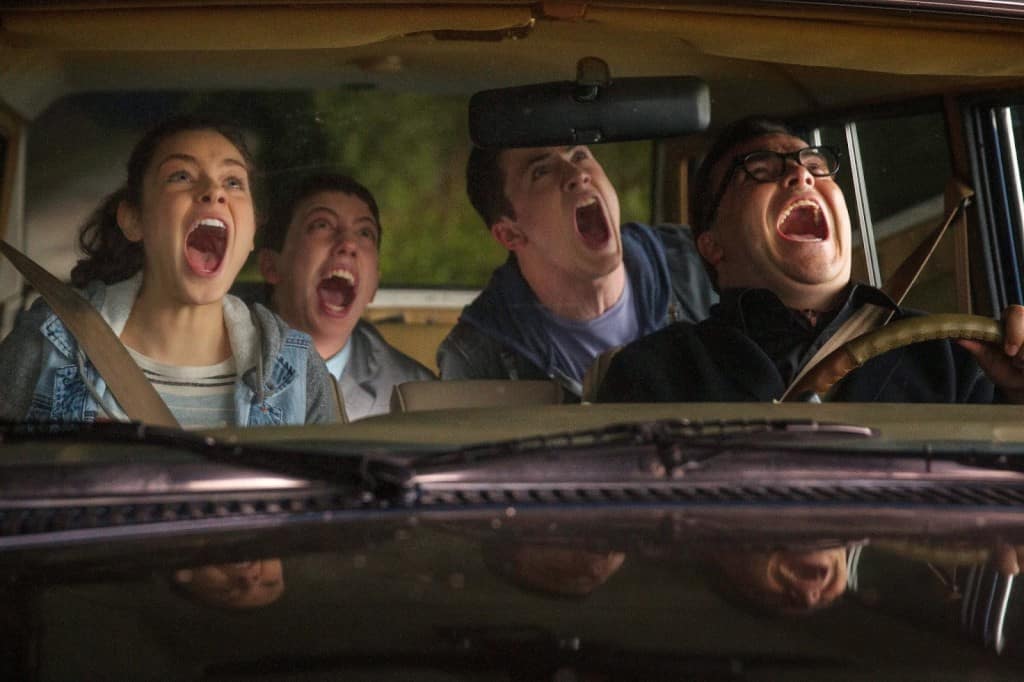 The visuals are solid with a mixture of practical and CGI effects. There are some creations that do seem a bit too unrealistic, but it may be because the filmmakers didn’t want things to look too real as not to scare off the core audience. Nevertheless, they do look and feel as though they exist in the real world.

How do they look? Well only a real fan can tell you how accurately the monsters were rendered, but for this viewer it didn’t really matter. Even tough I didn’t know the creatures from the source material, I really appreciated the look of them.

The acting if fine for the genre. The three lead teenagers, played by Dylan Minnette, Odeya Rush and Ryan Lee, are pretty good. Although Lee’s Champ did get pretty annoying after a while. Jack Black is great as R.L. Stine and does a pretty good job of portraying a man trapped by his own creations. Jillian Bell is amusing as Zach’s aunt, and Amy Ryan is fine as his mother.

Goosebumps is an entertaining, spook-fest that should appeal to all audiences – fans and non-fans alike. It can get cheesy at times, but that’s to be expected considering the source material. But despite this it has a lot of charm and humor with an occasional scare for good measure. It may not give you goosebumps, but in the end you’ll be glad you went for the ride and may even be eagerly awaiting the next one.