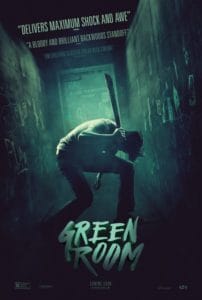 Director Jeremy Saulnier’s Blue Ruin was one of my absolute favorite films of 2014, presenting an unforgettably raw and visceral experience and instantly propelling the young director to the top of my directors-to-watch list. With his new feature, Green Room, Saulnier once again proves he’s an aggressive force to be reckoned with, delivering a wholly unique, violent tale of suspense neatly packaged in a simple premise and always keeping the viewers on their toes.

The film begins with a down-on-their-luck punk band getting a last-minute show at a venue popular with skinheads. After witnessing a horrific act of violence perpetrated by one of the said skinheads, the group must fight for survival in an attempt to make it out of the building alive.

Green Room is deceptively simple, boiling everything down to its base animalistic form and drawing from its aggressive punk-rock theme. The events unfold in mostly one location, and we’re given just enough information about each of the characters to either like, or to despise, them. This lack of expository fluff adds to the realism of the film as a whole and allows for the focus to never be pulled away from the task at hand. For having known so little about these characters, I found myself oddly attached to them, which resulted in an even bigger impact whenever one of them was in peril. 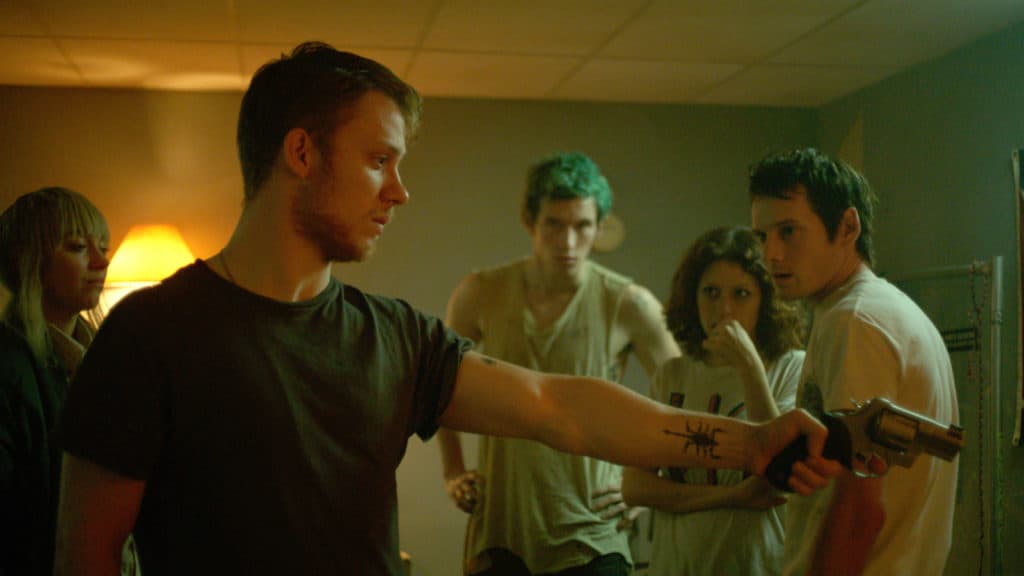 Anton Yelchin plays Pat, one of the members of the band and the lead in the film, and although I would never imagine him as a badass punk rocker, he certainly sells the role, as does co-star Alia Shawkat, who plays one of his bandmates.  Imogen Poots plays a friend of the aforementioned victim and another unfortunate soul who was in the wrong place at the wrong time. While her character seems timid at first, she quickly steps up to the plate and enters full on badass-heroine mode by the finale, another great casting choice.

The villain is portrayed by Patrick Stewart, and while this is certainly a departure from his typical roles, he owned the character of Darcy, the murderous owner of the venue and the leader of the resident neo-Nazi group. We don’t learn much about him or the inner workings of his organization, but we’re given enough to know that they are clearly bad news and that this band is in some real danger.

It’s this unyielding tension that helps Green Room stand out from your typical thriller. These people, who you actually care about and want to see get through this horrible predicament, are always one step away from a horrible demise. But rather than have them be stupid or do something completely idiotic, Saulnier bides his time with the actors, having them act as rationally and intelligently as possible. Sure, in hindsight, mistakes are made, but never do they make a decision that I would deem as dumb or illogical. 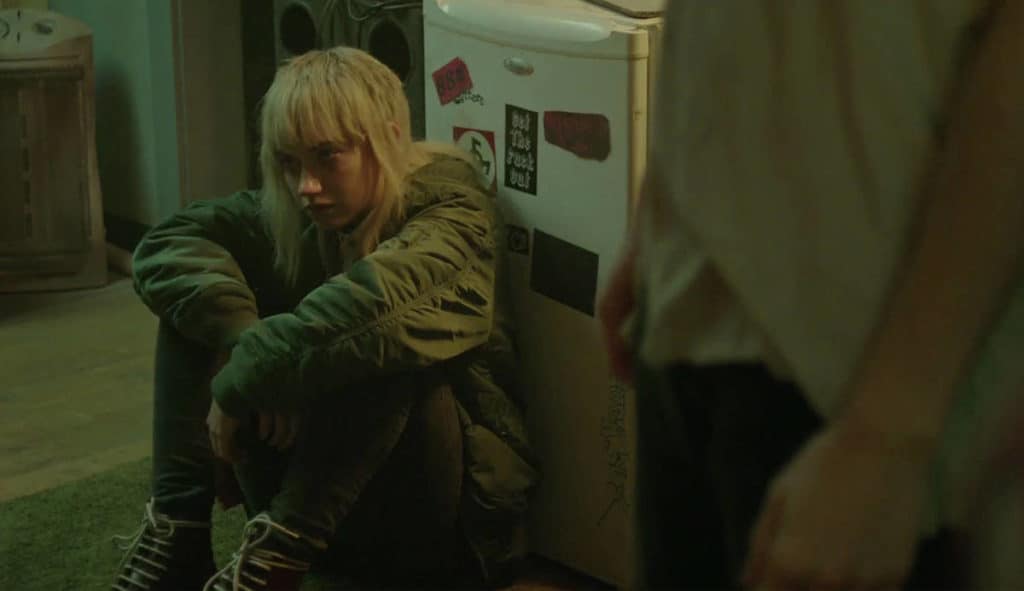 If you saw Blue Ruin, one of the smaller elements that really stood out to me was the realistic portrayal of violence, and this technique is back in spades in Green Room. Every injury sustained is brutally realistic and left myself (and my fellow audience members) gasping on several occasions. If you have an aversion to violence, this is going to be a rough one to get through as it features some truly horrific stuff. Like Blue Ruin the violence is deliberate and is never glamorized or glorified; it is also purposeful and not just thrown in for shock value alone.

Green Room is another home run for Jeremy Saulnier, almost guaranteeing his shot at bigger Hollywood productions; I only hope that when the studios come knocking on his door he continues to challenge his audience and, for God’s sake, always feature Macon Blair.