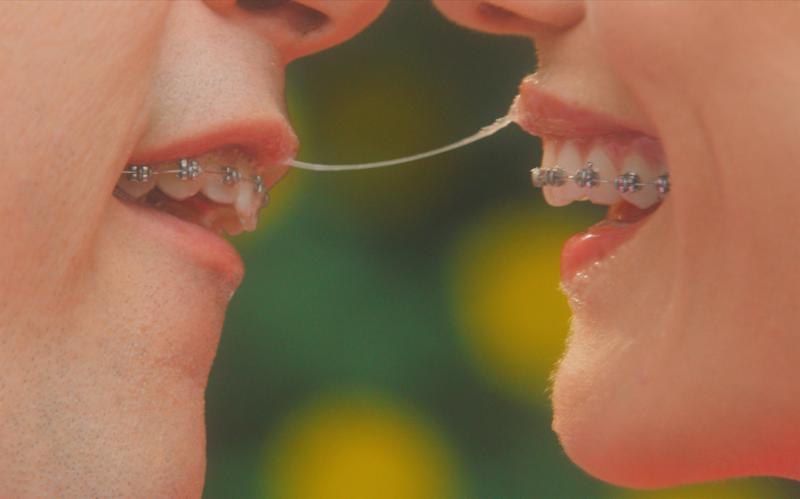 Jocelyn DeBoer and Dawn Luebbe have made something special with their feature debut, Greener Grass, a pointed and gloriously outrageous satire of the American dream that evokes the best of absurdists like Quentin Dupieux or perhaps some twisted bit of randomness that mysteriously appears on Adult Swim at 2 a.m.

Things start off a bit odd, taking place in some nightmarish day-glo version of suburbia, where everyone’s sporting adult braces (and I mean literally every adult character in the film) and riding around in golf carts to their various after-school activities. There’s something noticeably ‘off’ about everything, but it doesn’t become apparent just how skewed this world is until later.

DeBoer and Luebbe play Jill and Lisa, women who — despite projecting the outward appearance of being happy, mentally healthy matriarchs in stereotypical nuclear families —  have some deep-seated issues that begin boiling to the surface. The catalyst of this meltdown begins when Jill casually gives her new baby to Lisa after she comments on how adorable she is. 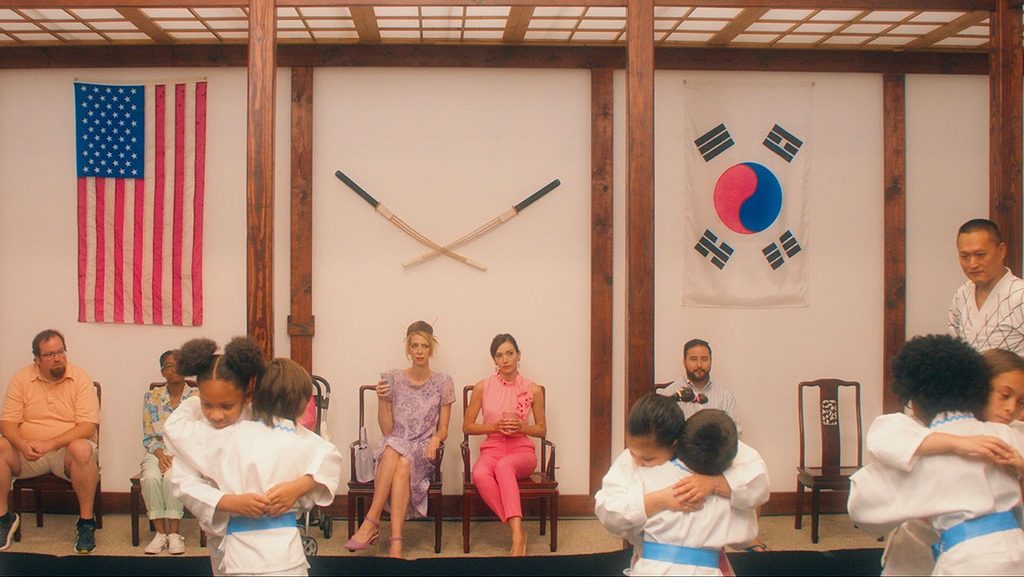 In this Stepford-esque world of cul de sacs, golf carts, endless birthday parties, and heaps of passive aggressiveness, even though it may start out slightly off-kilter, things take a major turn for the bizarre when Jill’s son turns into a Golden retriever. With her son now a dog, her daughter under the ownership of her Lisa, and her husband, played to perfection by Beck Bennett, obsessed with drinking water from the pool, Jill finds a growing void in her life.

Sitcom-style jingles punctuate scene transitions as the absurdity of Greener Grass progressively intensifies, such as when Jill and Lisa’s substitute yoga instructor wheels in an old TV on one of those carts from school to play the movie Twister. As absurd as it gets, and boy does it have some hilarious bits of weirdness, it all feels very deliberate in its representation. From their hair bleeding when it gets cut to the TV show “Kids With Knives” that corrupts Lisa’s son, none of it is presented without reason.

The Greener Grass universe is not one that’s confined to just the two main families. Tertiary characters lend themselves to the film’s twisted reality, like the children’s teacher Miss Human (D’Arcy Carden), who is quick to remind everyone that her mother killed her entire family, and Mary Holland’s Kim Ann, a neighbor who wants everyone in the community to know she’s going through a divorce and that one of her twins sat on the other one in the womb, nearly killing him. 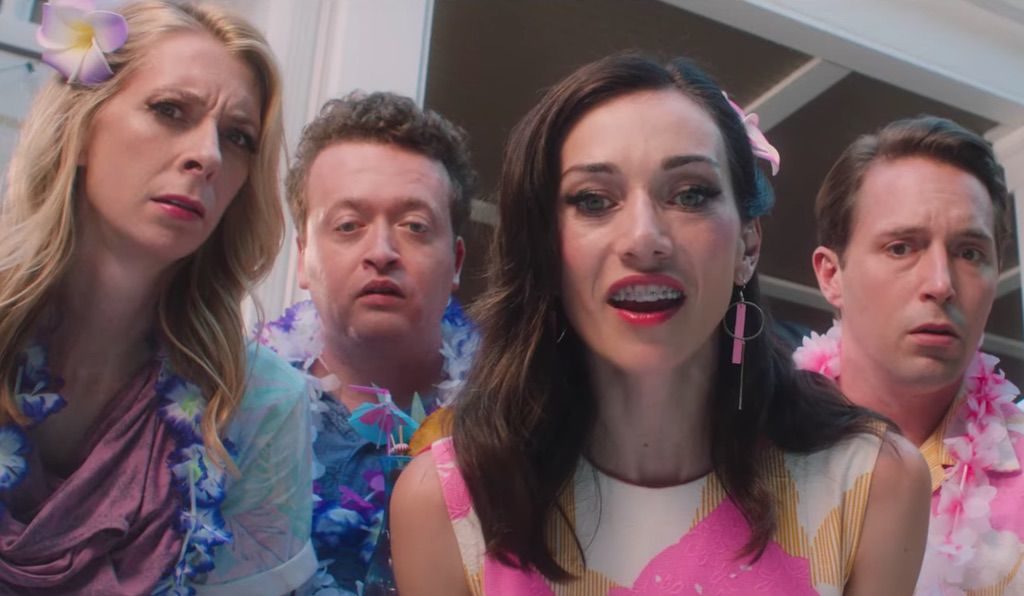 The end leaves a bit to be desired, almost as if the filmmakers weren’t quite sure how to wrap everything up, so things fizzle out a bit after the climax, which in and of itself is great. To that end, it also feels like this is a property that could easily be adapted into a television series, delving deeper into this bizarro reality.

We’ve seen plenty of movies take the piss out of modern suburbia, but none have done it with such raw, piercing wit. Greener Grass is a film I’ll show my friends, endlessly quote, and come back to again whenever I’m looking for a good laugh. Maybe it didn’t quite stick the landing, but that’s a minor quibble in an otherwise hysterical gem that surely sets the record for the most sets of adult braces on screen.