After taking a couple weeks off to recover from Sundance fatigue, we’re back in the grindhouse to talk about a classic piece of ‘70s exploitation called The Big Doll House.  Not only is this film directed by the legendary Jack Hill and produced by the possibly more legendary Roger Corman, but this was also the film that kick started Pam Grier and Sid Haig’s careers and popularized the women in prison (WIP) film.  It’s definitely not what one would call a “good” film, but when you have something this campy who really cares?

Released in 1971, the film opens with Judy Brown as Collier, an American woman sent to prison in an unnamed foreign country.  After arriving, she immediately realizes this isn’t going to be a breezy minimum-security experience.  She’s stripped of her clothing, poked and prodded like an animal, and thrown into a crowded cell with five other women who immediately target her as the newbie.  She eventually forms a bond with the other women and together they hatch a plan to escape their jungle hell once and for all. 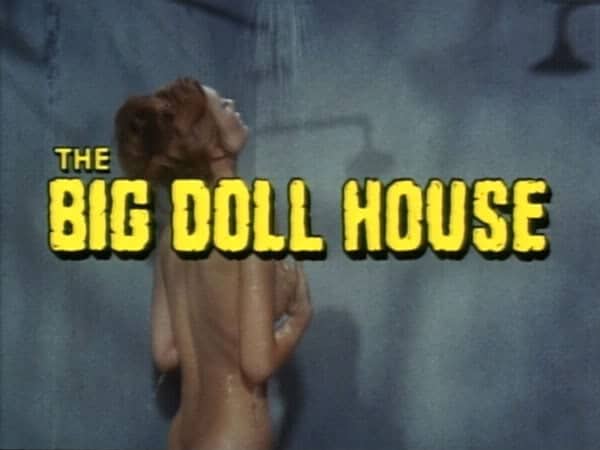 Pam Grier plays Grear, one of the women who reluctantly decides to join the escape attempt.  Her role proves to be the most interesting in the film, playing a strong, independent woman who at first glance seems to be only looking out for herself.  She’s clearly not supposed to be the lead, but she mostly steals the show.

As for the storyline in The Big Doll House, if you’ve seen one WIP film you’ve seem them all.  There’s no mention of where they are really supposed to be- the film was shot in the Philippines and features many Filipino-looking extras, however the currency used in the film is the Peso and Roger Corman once stated that he originally intended to shoot in Puerto Rico.  Either way, it’s still odd that there’s a random women’s prison out in the jungle that houses a bevy of beautiful young Americans.  Wherever this country may be, I would advise not taking your girlfriend or wife because apparently it turns them into criminals. 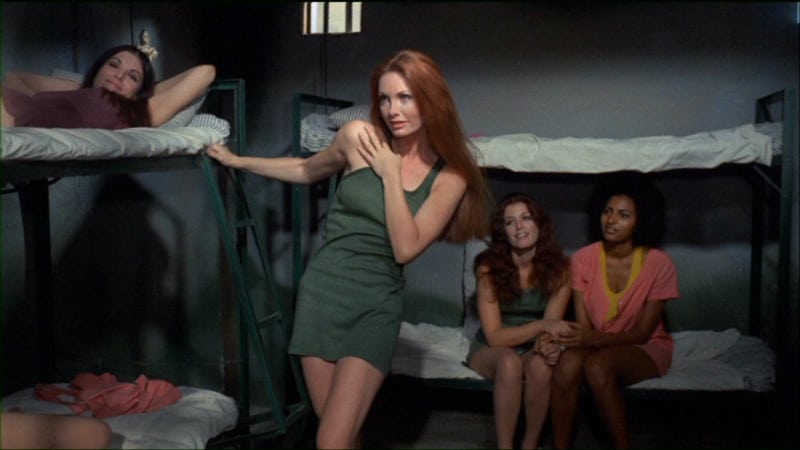 For fans of exploitation cinema, it doesn’t get much more exploitive than this.  The girls are disrobed at every possible instance, the female warden and owner of the prison (who are also young and vivacious) seem to get of on sexually torturing the girls, and there’s a wicked mud-wrestling scene that hardly seems necessary.  The level of sex and violence is tame by today’s standards, but there are still some unsettling moments. 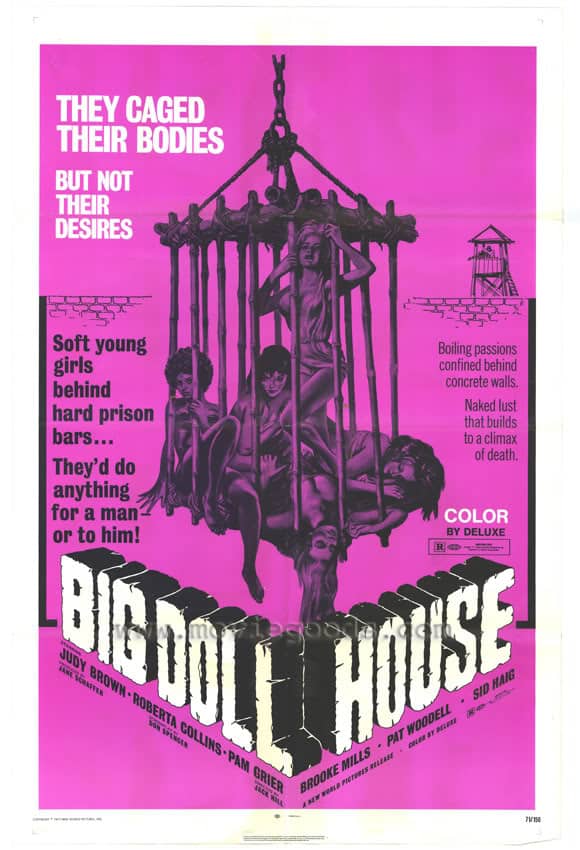 The success of The Big Doll House spawned a slew of copycats including a non-sequel directed by Jack Hill the next year titled The Big Bird Cage.  Many of these films featured the same actors, the same plot, and were shot at the same location.  Women in Cages, which was released the same year as The Big Doll House, was basically the same exact movie, except Pam Grier was the dominating wardeness in that one.

Fans of grindhouse cinema should check out at least one of these women in prison films, however it would be just as effective to watch the Machete Maidens documentary, which takes a look at the boom in U.S. filming in the Philippines.  If I were to recommend only one, it would be The Big Doll House simply because it was the most successful and, for better or worse, started the WIP trend.

The Big Doll House is currently available on Netflix instant, click here to give it a watch.

Here’s an episode of Trailers from Hell featuring Jack Hill discussing the film: