This week in the grindhouse we’re getting into the Christmas spirit with Lewis Jackson’s 1980 slasher Christmas Evil AKA You Better Watch Out AKA Terror in Toyland.  Like other Christmas themed horror flicks, this nasty little story revolves around a mentally disturbed man who believes himself to be jolly St. Nick, giving presents to those deemed nice, and mercilessly slaughtering those thought to be naughty.  If you’ve seen Black Christmas or Silent Night Deadly Night, you’ll find yourself in familiar territory here.

The film starts out on Christmas eve in 1947, with a mother and her two sons secretly watching Santa place presents under their tree.  After heading off to bed with excitement for the cheer tomorrow will bring, the brothers argue of the existence of Santa.  The older brother, Harry, insists he’s real, whereas young Phillip knows that it was their father.  Harry decides to head back down stairs to see for himself and finds his mom making love to Santa, which forever traumatizes the boy.  Later in life as an adult, Harry, played by Brandon Maggart, becomes an emotionally detached, anti-social shell of a man, teetering on the edge of sanity.  This should be looked at as a lesson to all you parents out there- don’t let your kids see you doing it or else they’ll become serial killers. 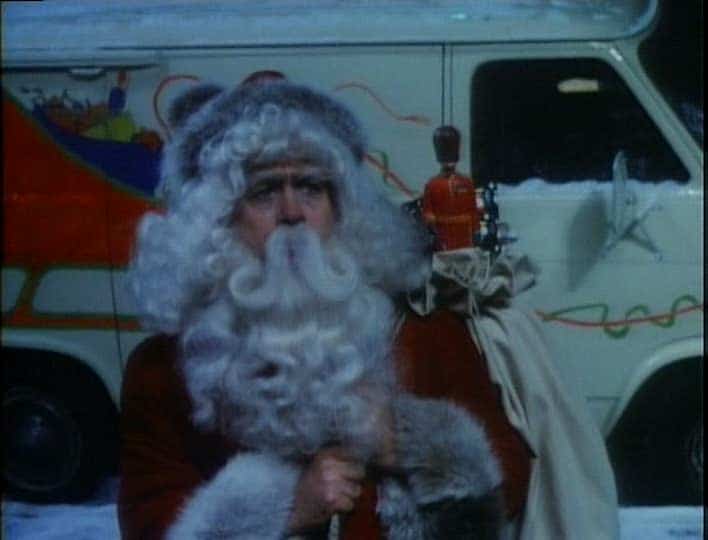 Harry works at a toy factory (of course) and is becoming more and more disenfranchised with the quality of the products his company is producing, along with his asshole co-workers.  In his spare him he likes to creepily watch children and compile naughty and nice lists in preparation for his new role as Santa.  Jeffrey DeMunn plays the grown version of Phillip, who begins to question Harry’s sanity from around Thanksgiving, after he mysteriously doesn’t show up for dinner.  Unfortunately, he doesn’t act on these suspicions until it’s too late. 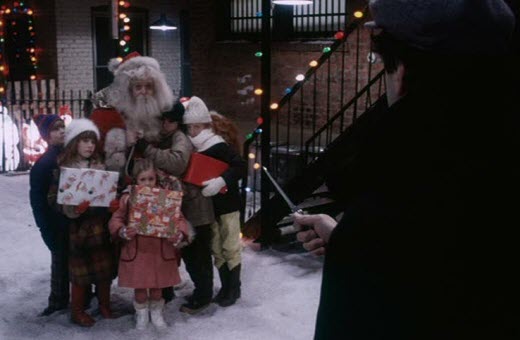 Here’s a tip: don’t attack Santa with a switch blade if he’s shielding himself with children.

The interesting thing about the character of Harry is that he’s a well-meaning guy.  He wants to reward nice children with toys and punish bad kids with bags full of dirt.  Adults on the other hand, he just kills them.  He’s not an entirely unlikable guy, he just has some serious problems. 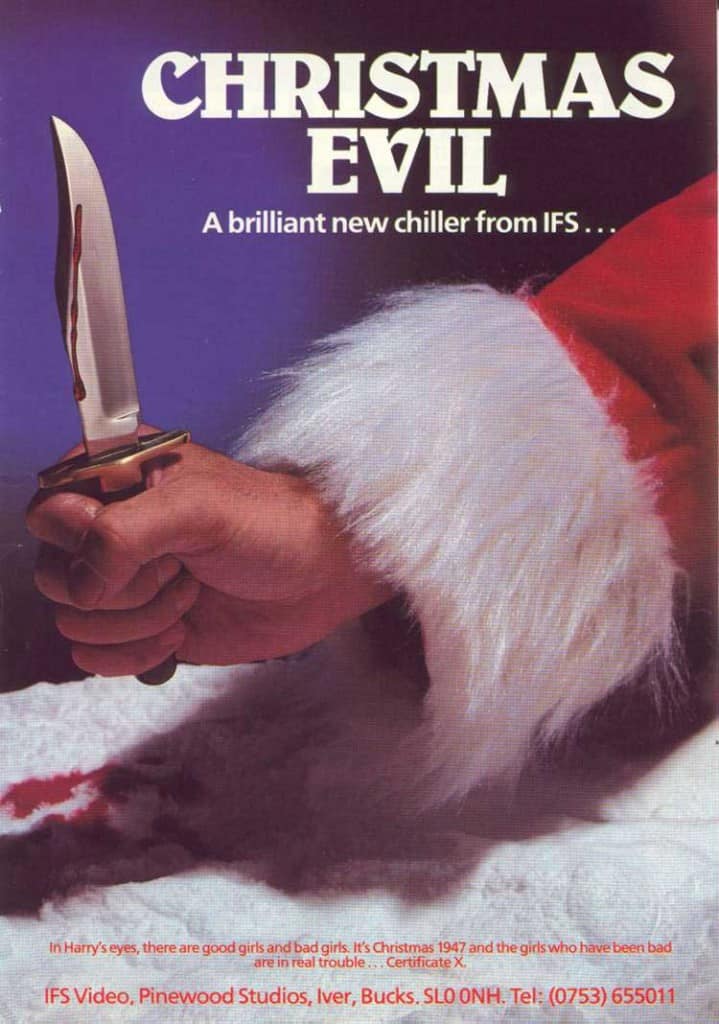 This film also features some early performances by some notable actors including Patricia Richardson, who would go on to be the mom in Home Improvement, character actor Peter Friedman, Mark Margolis from Breaking Bad, and Raymond J. Barry from Justified.

The violence in Christmas Evil is far less than your standard slasher flick, opting to focus more on Harry’s ever deteriorating mental state.  This gives the film an interesting tone, unlike most typical films of this ilk.  Of course, there’s still a fair amount of killing, which mostly happens near the climax when Harry completely loses it.

Comparing this to other holiday-themed horror films, it would rank somewhere near the top of the list.  Black Christmas (the original) is still number one, but there’s a lot to appreciate with Christmas Evil.

Instead of the trailer, here’s the entire film for you to enjoy available free from YouTube: