Just a few weeks ago, we discussed the Canadian exploitation film Screwballs, which wasn’t the best way to jump into Canuxploitation, so we’re trying again this week with Mark L. Lester’s Class of 1984.  Completely by coincidence, this film features a young Michael J. Fox, whose new TV show airs the night before this article is set to come out.  Unfortunately, the bit part from MJF and a small role from Roddy McDowall (Cornelius from Planet of the Apes) were really the only things worth mentioning here.  There’s also a ridiculously horrible theme song performed by Alice Cooper that acts as the intro and outro music. 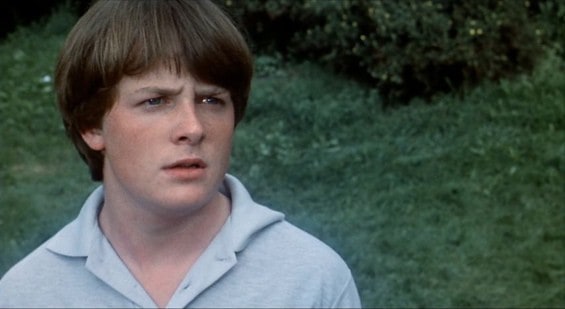 This is how you look when your friend takes angel dust, climbs to the top of a flag pole, then falls off and dies.

The film takes place in an inner city school where a gang of miscreant rabble-rousers rule over the students and faculty.  Through intimidation and sheer force they steal, sell dope, and vandalize everything in sight.  When an upstart music teacher enters the school, things begin to spiral out of control, and the violence escalates.

If this sounds similar to every other high school movie ever, it’s because it is.  Unlike a film like, say, Dangerous Minds however, there’s no getting through to these kids and touching their hearts.  Where the kids in that film might have been little thugs, the kids in this movie are downright psychotic.  They don’t think twice about rape or murder, and they are completely out of control at all times. 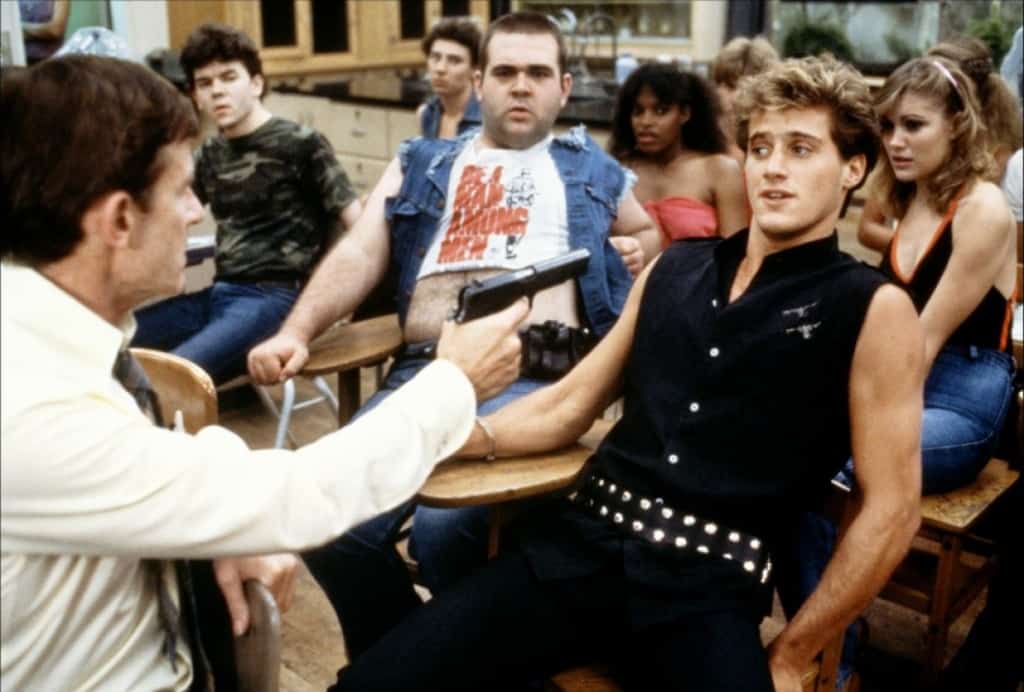 Perry King plays the stubborn protagonist of the film, a man too proud to know when he’s been beaten.  Although the punk kids make his life a living hell, he continuously attempts to teach them music, despite the horrific 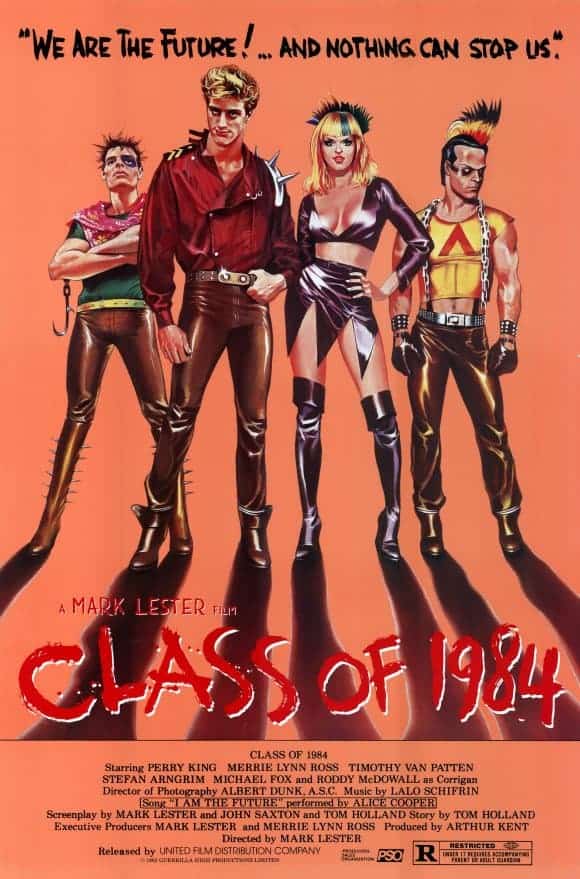 things they do.  Roddy McDowall plays the science teacher, who has a complete mental breakdown after the kids kill and skin all his pet rabbits in the classroom.  This is also after they sliced him with a razor.

A lot of these films like to take a poke at adolescence and paint the picture of a very uncertain future if we don’t get our children under control. Class of 1984 is no exception, however it just doesn’t do it that well.  Although having the story be exaggerated and blown out of proportion is clearly the goal, a film like Toshiaki Toyoda’s Blue Spring handles it way better.  Then again, Blue Spring plays it fairly straight whereas Class of 1984 feels almost cartoonish.

As far as teensploitation flicks go, Class of 1984 is middle of the road.  While it has a few memorable scenes, the film as a whole is mostly forgettable.  The music and cinematography is horrible, and they acting is passable, but just barely.  Unless you want to see Marty McFly get stabbed in the kidney, there’s really no reason to check this one out.